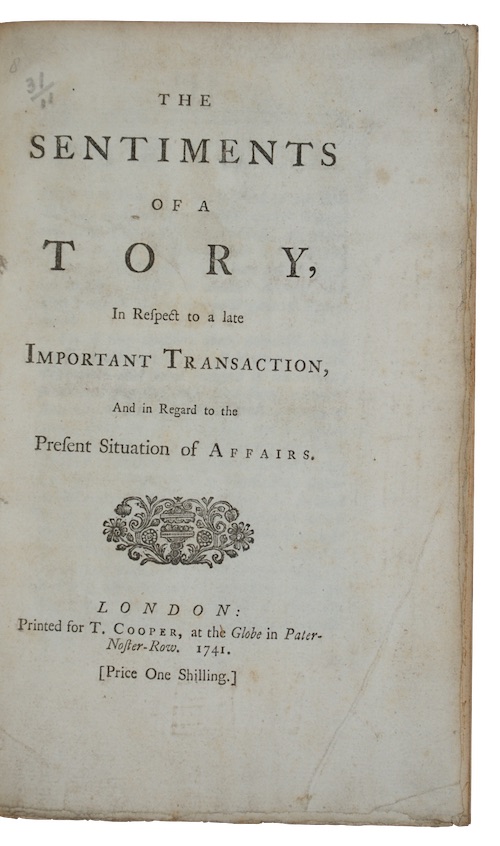 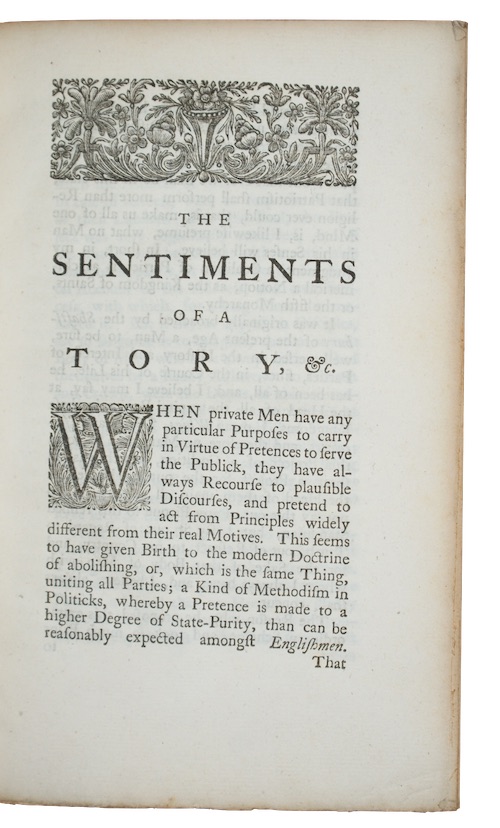 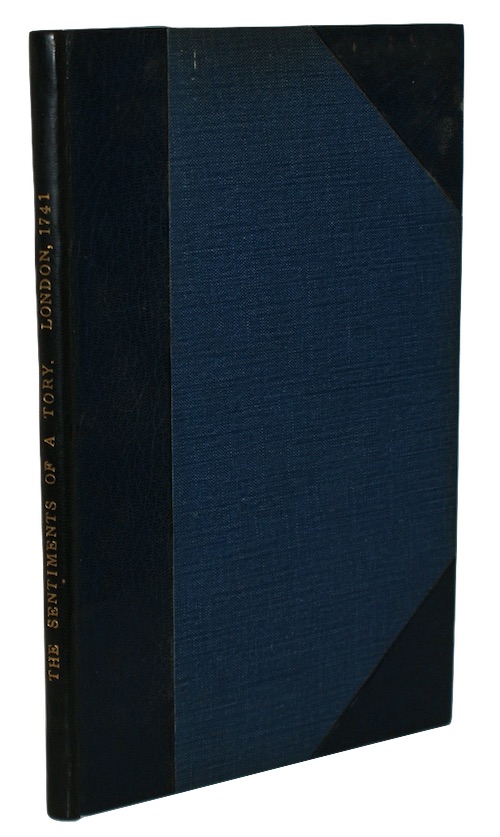 [WALPOLE, Robert]. The sentiments of a tory, In respect to a late Important Transaction, And in Regard to the Present Situation of Affairs.

London. Printed for T. Cooper, 1741. First edition.
Call us Email us
8vo. 63pp, [1]. Recent navy morocco, blue cloth boards, lettered in gilt, T.E.G. A trifle rubbed. Marbled endpapers, title-page light dust-soiled/creased, else internally clean and crisp.
The sole edition of an anonymous pamphlet concerning the conduct of the Tory party at the time of the 1741 general election; in which the author provides an impassioned defence of party principles, in particular the decision not to align with the Whigs in their condemnation of the conduct of Prime Minister Sir Robert Walpole (1676-1745) - a position from which he would resign in February 1742.