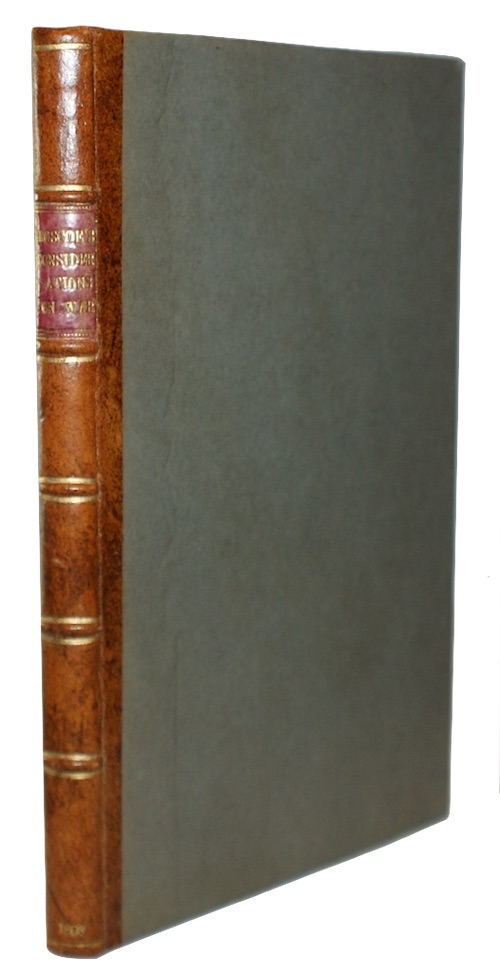 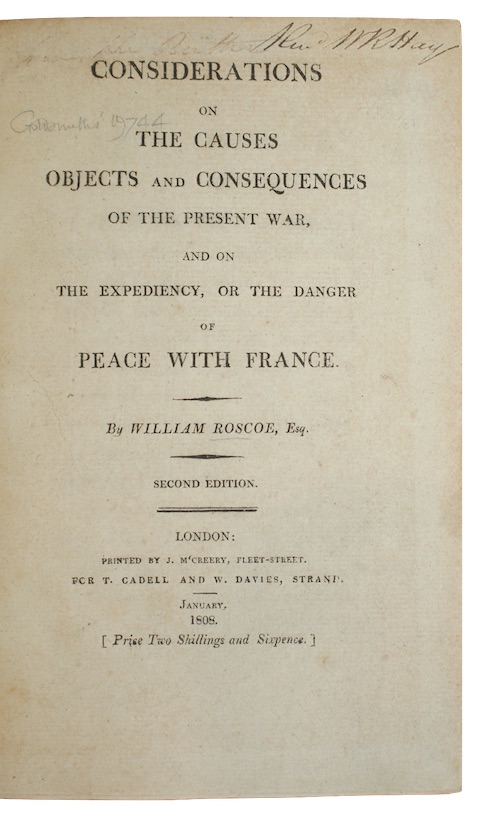 ROSCOE, William. Considerations on the causes, objects and consequences of the present war, and on the expediency, or the danger of peace with france.

London. Printed By J. M'creery...for T. Cadell and W. Davies, 1808. Second edition.
Call us Email us
8vo. iv, 135pp, [1]. Recent calf-backed plain paper boards, contrasting morocco lettering-piece, gilt. Very minor wear to extremities. Title-page a trifle toned, with ownership inscription of W. R. Hay to head, else internally clean and crisp. Presentation copy, faint inscription 'From the author' to head of title.
Roscoe's tract advocating a cessation of hostilities, and increased conciliatory policies regarding political relations between England and France during the Napoleonic Wars. As the pamphlet states; 'there is reason to hope that by a seasonable and temperate exposition of the views of the two countries, the foundation might be laid for that state of tranquility which is so greatly the interest of both.' Five editions appeared within a year, with this second appearing in the same month as the first.
£ 250.00 Antiquates Ref: 15139
This site uses cookies.Find out more.