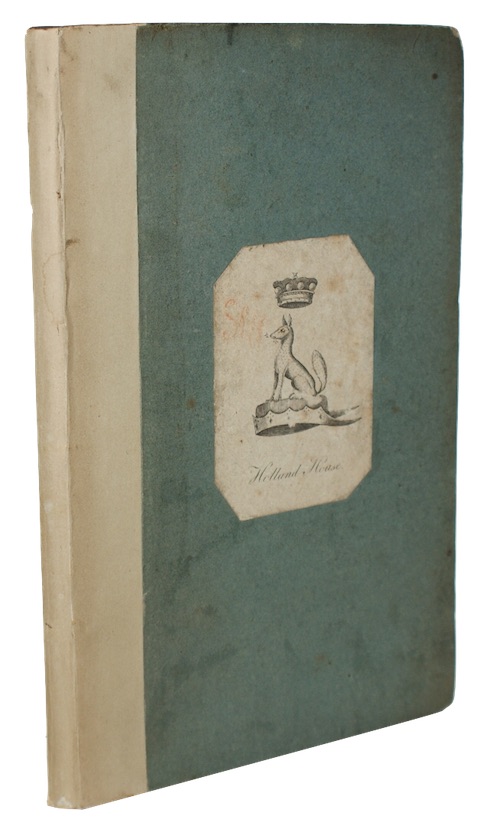 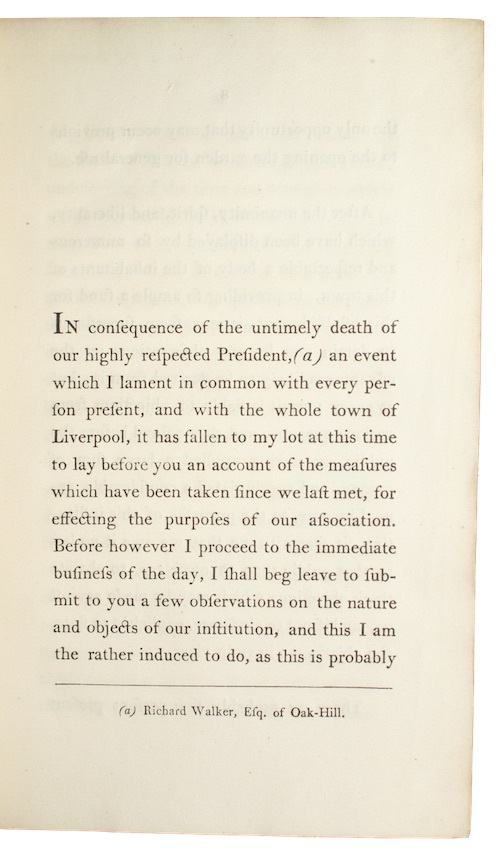 [ROSCOE, William]. An address, delivered before the proprietors of the botanic garden, in liverpool, previous to opening the garden, May 3, 1802. To which are added, the laws of the institution, and a list of the proprietors.

Liverpool. Printed by J. M'Creery, 1802. First edition.
Call us Email us
8vo. 60pp, [2]. With half-title and terminal blank leaf. Original publisher's two-tone paper boards. Extremities a trifle marked, armorial bookplates of 'Holland House to upper board and FEP, internally clean and crisp.
An address by William Roscoe marking the occasion of the opening of the Liverpool Botanic Garden, a walled garden situated at Mount Pleasant and latterly relocated.
£ 450.00 Antiquates Ref: 15145
This site uses cookies.Find out more.