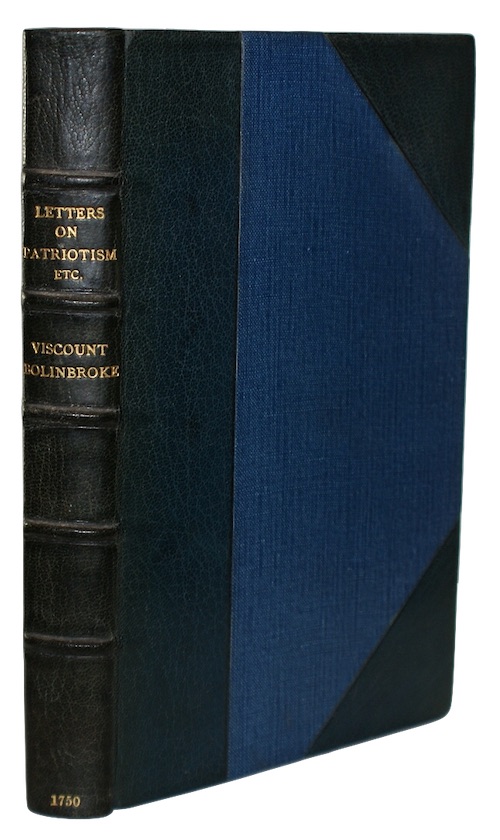 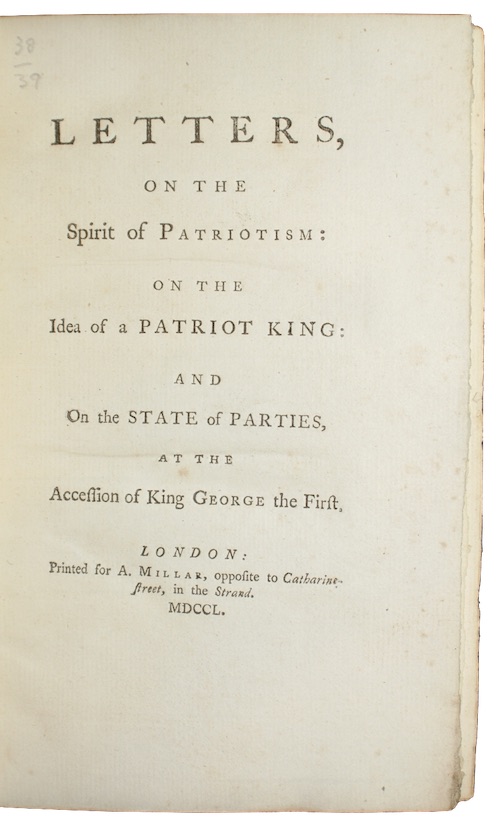 [BOLINGBROKE, Henry St. John, Viscount]. Letters on the Spirit of Patriotism: On the Idea of a Patriot King: and on the state of parties, at the Accession of King George the First.