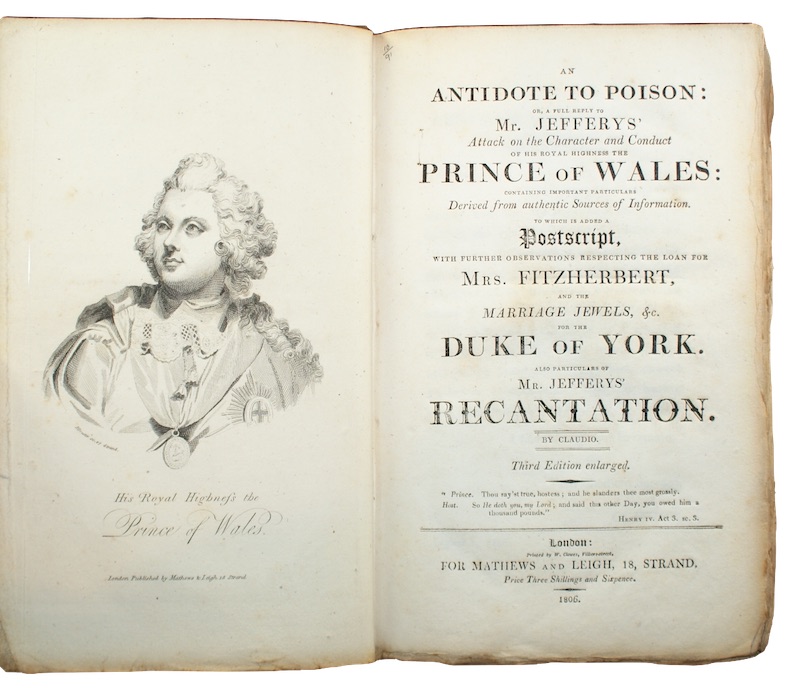 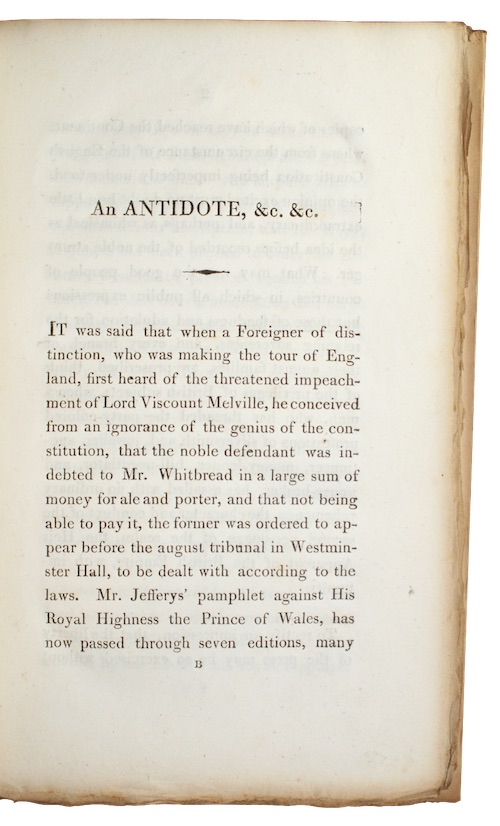 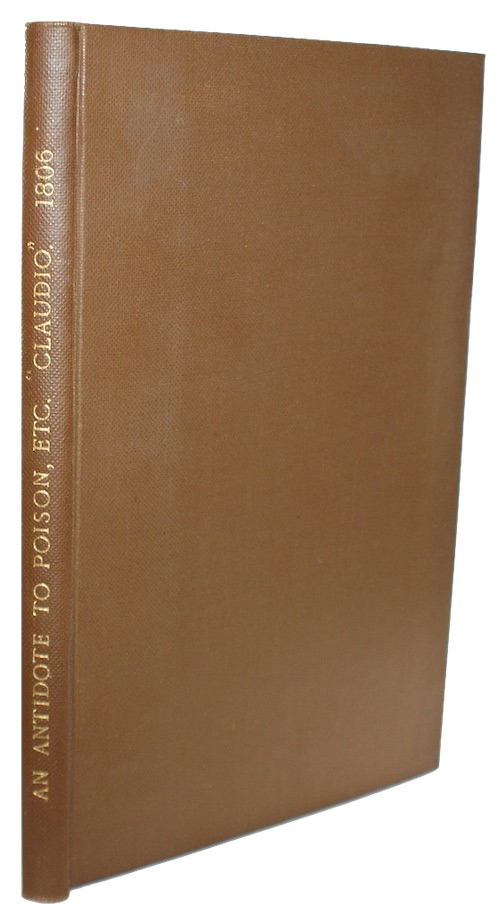 CLAUDIO. An antidote to poison: or, a full reply to Mr. Jefferys' Attack upon the Character and Conduct of his royal highness the prince of wales: containing several important particulars Derived from authentic Sources of Information. To which is added a Postscript, with further observations respecting the loan for Mrs. fitzherbert, and the marriage jewels, &c. for the duke of york. Also particulars of Mr. jefferys' recantation.

London. Printed by W. Clowes...for Mathews and Leigh, 1806. Third edition.
Call us Email us
8vo. [6], 98pp. With half-title and an engraved portrait frontispiece. Uncut in recent brown buckram, lettered in gilt. Very slight wear to extremities. Lightly foxed, occasional slight marginal dust-soiling.
An anonymous response to the vitriolic attack made against the behaviour of the Prince of Wales, latterly George IV, by aggrieved jeweller and former M.P. Nathaniel Jeffreys (c.1758-1810) in his A Review of the conduct of His Royal Highness the Prince of Wales (London, 1806).
£ 125.00 Antiquates Ref: 15191
This site uses cookies.Find out more.