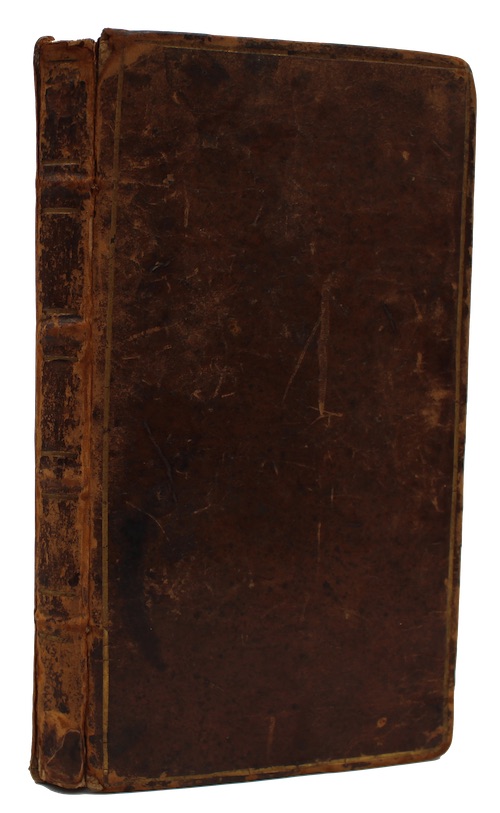 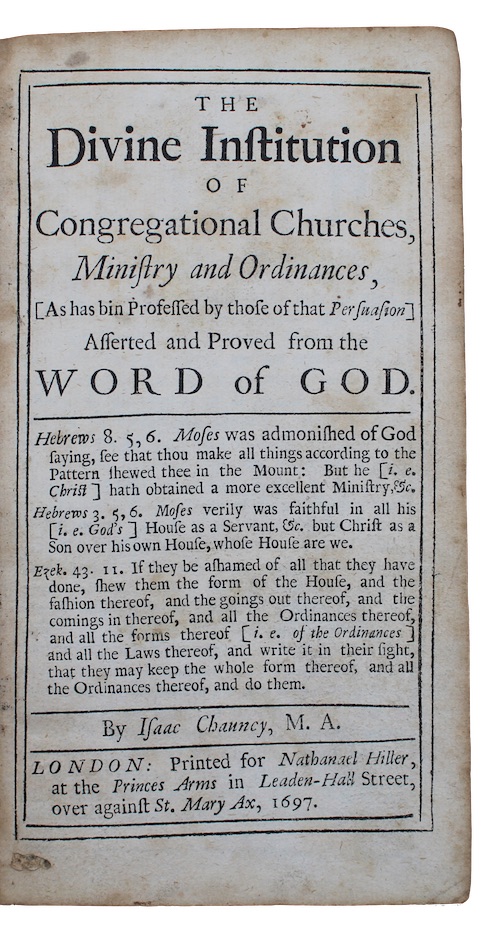 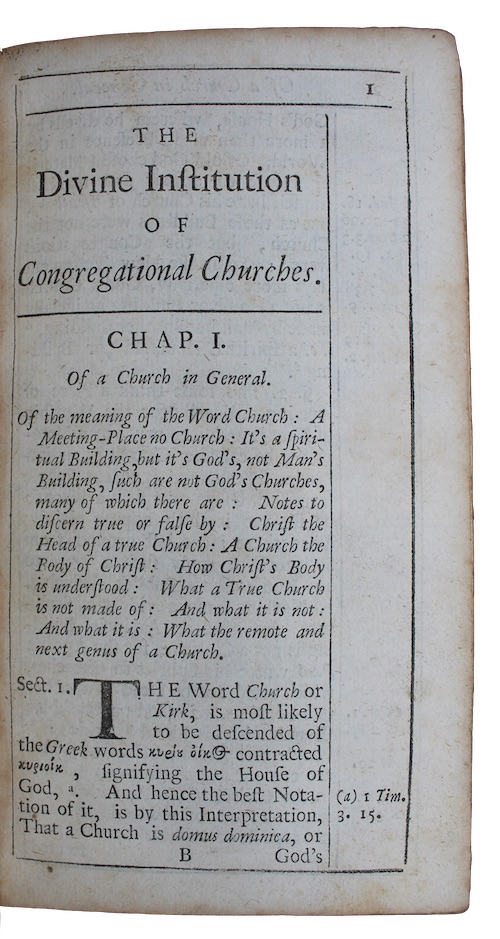 CHAUNCY, Isaac. The Divine Institution of Congregational Churches, Ministry and Ordinances, [As has bin Professed by those of that Persuasion] Asserted and Proved from the word of god.

London. Printed for Nathanael Hiller.., 1697. Sole edition.
Call us Email us
12mo. xii, 142pp. Contemporary gilt-ruled calf. Worn, with loss to spine, splitting to joints (but with boards holding firmly), some marking to boards, damp-staining, some browning and occasional marginal worming to text-block. Early ink inscription ('John Stacy his book') to FFEP, further pencilled inscription to FEP.
Isaac Chauncy (1632-1712) congregationalist minister, the son of early Harvard President and Puritan, Charles Chauncy (1592-1671). Emigrating to New England with his father aged five, Isaac returned from New England in the early 1650s, after studying both theology and medicine at Harvard, to complete his studies at Oxford. His position in the Church of England was short-lived; presented with the living of Woodborough by Oliver Cromwell, he was swiftly ejected by the 1662 Act of Uniformity. The remainder of his life was spent leading dissenting congregations at Andover and later St. Mary Axe, where he was succeeded by Isaac Watts, and publishing a wealth of non-conformist texts and replies.

The Divine Institution of Congregational Churches is a learned justification, or manifesto, of the tenets, practices and policies of the dissenting congregational church, taken from first principles, including Biblical references in classical languages.
ESTC R38739. c/f Sabin 12335. Wing C3748.
£ 450.00 Antiquates Ref: 15245
This site uses cookies.Find out more.