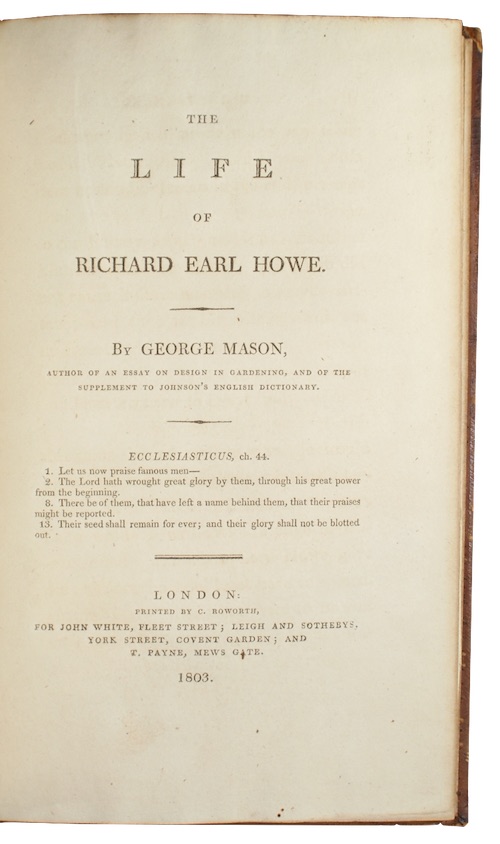 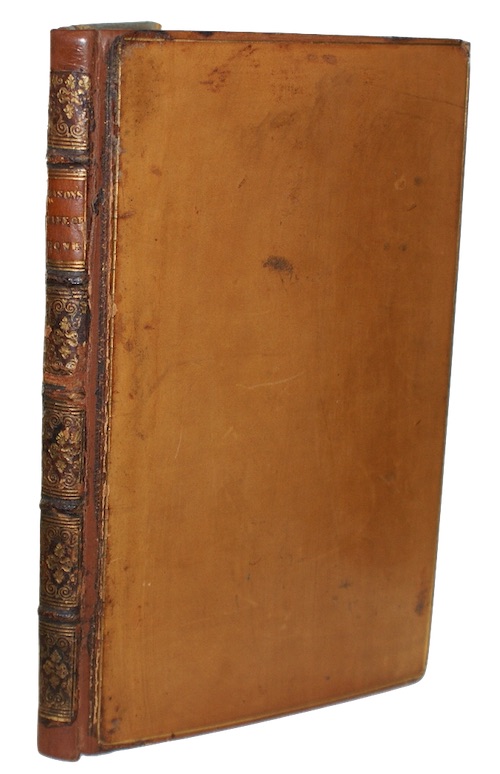 London. Printed by C. Roworth, for John White et al., 1803. First edition.
Call us Email us
8vo. [4], 111pp, [1]. Contemporary calf, recently rebacked with scorched remnants of richly gilt spine and contrasting morocco lettering-piece laid-on. Boards a trifle rubbed and marked. Recent blank endpapers, slightest of spotting to title-page, else internally clean and crisp. From the family library of Admiral Sir Edward Codrington, with his armorial bookplate to front pastedown.
The first edition of writer and bibliophile George Mason's (1735-1806) eulogistic account of the life of naval officer Richard Howe, Earl Howe (1726-1799). Howe forged a distinguished career with the Royal Navy, serving with distinction during the Seven Years' War, rising to the position of commander-in-chief of the fleet during the American War of Independence, ultimately being appointed first lord of the Admiralty. In 1772 Mason sold his Hertfordshire property to Howe, resulting in the two forming a close friendship which endured until the latter's death.

Sir Edward Codrington (1770-1851), naval officer notable for his service during the Napoleonic Wars, and commendable actions whilst commanding the Orion at the Battle of Trafalgar; his participation in the War of 1812; and his victory at the Battle of Navarino during the Greek War of Independence.
£ 350.00 Antiquates Ref: 15318
This site uses cookies.Find out more.