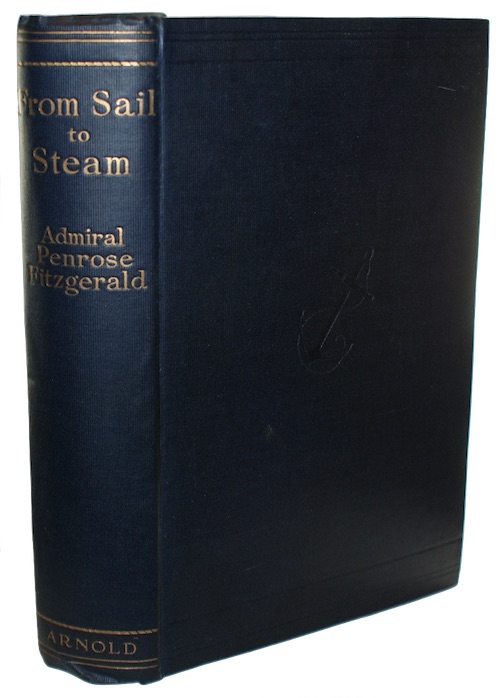 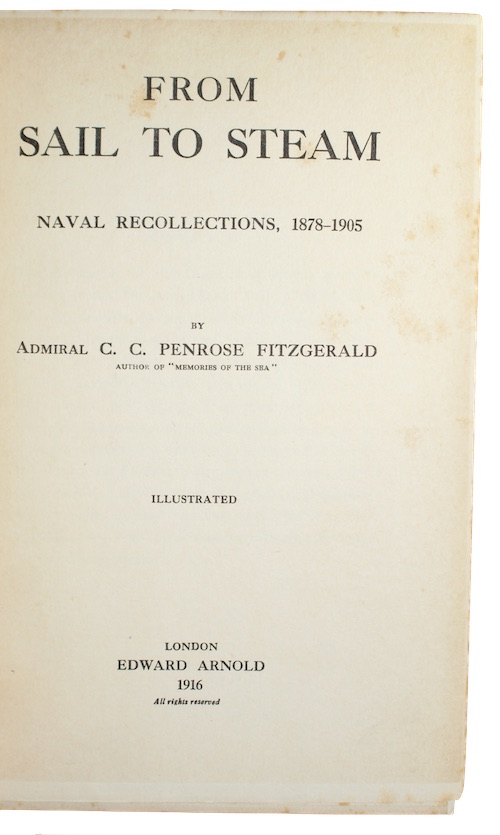 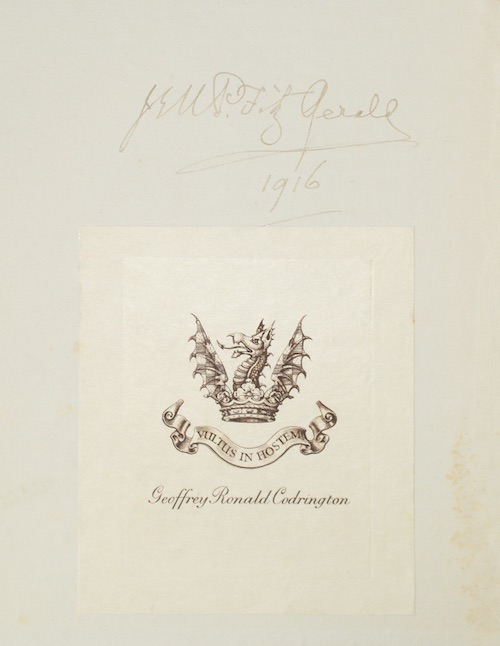 London. Edward Arnold, 1916. First edition.
Call us Email us
8vo. xi, [1], 303, [1], 12pp. With half-title, a terminal publisher's catalogue, a photographic portrait frontispiece and 15 plates. Original publisher's blind-stamped navy cloth, lettered in gilt. Slightest of rubbing and bumping to extremities. Armorial bookplate of 'Geoffrey Ronald Codrington' to FEP, foxed throughout. An association copy, inscribed to FEP 'J.E.U.P. Fitzgerald / 1916', that is John Uniacke Penrose Fitzgerald, the author's second son.
The first edition of this second volume of memoirs by Royal Navy officer Charles Cooper Penrose Fitzgerald (1841-1921), continuing from his Memories of the sea (London, 1913). Recognised throughout his career as one of the finest sailors in the service, Penrose is notable for his prominent contribution to the introduction of the Naval Defence Act of 1889, and for his keen support for naval modernisation - particularly the abandonment of masts and sails on modern warships.

John Uniacke Penrose Fitzgerald (1888-1940), Royal Navy officer, who notably served at the Battle of Jutland. He would be killed on active service during the Second World War.
£ 75.00 Antiquates Ref: 15327
This site uses cookies.Find out more.