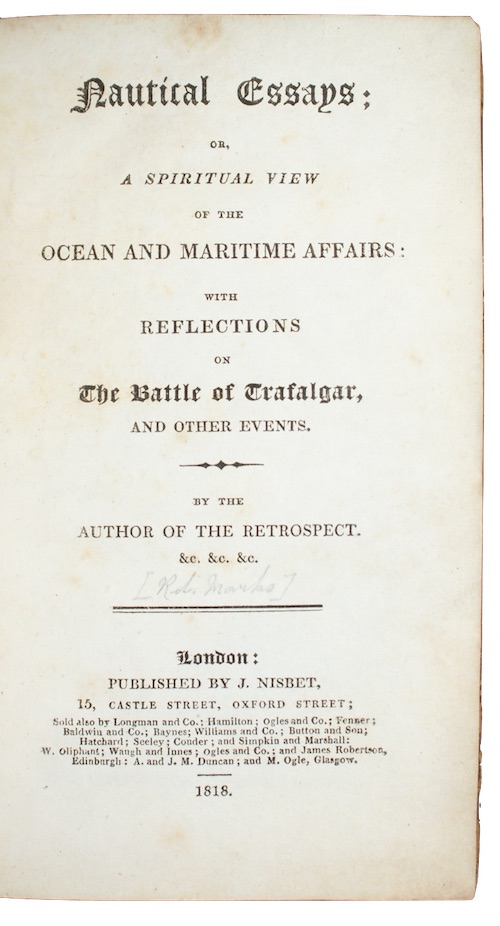 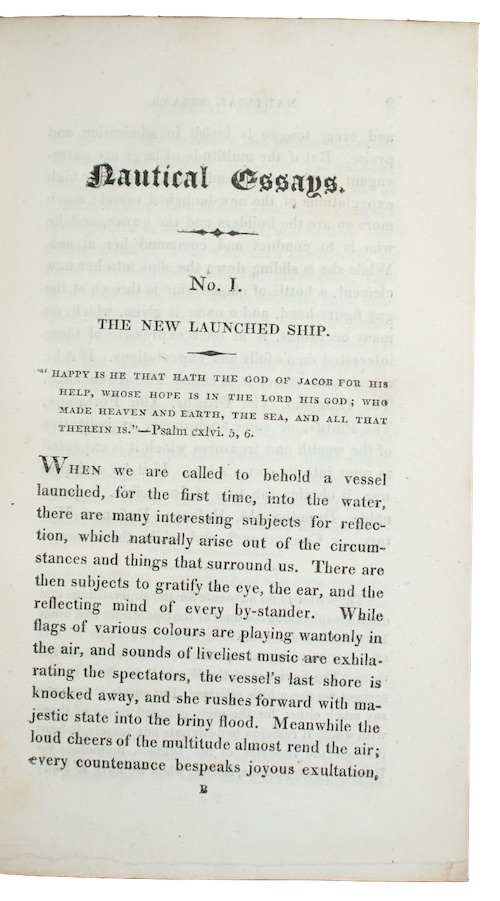 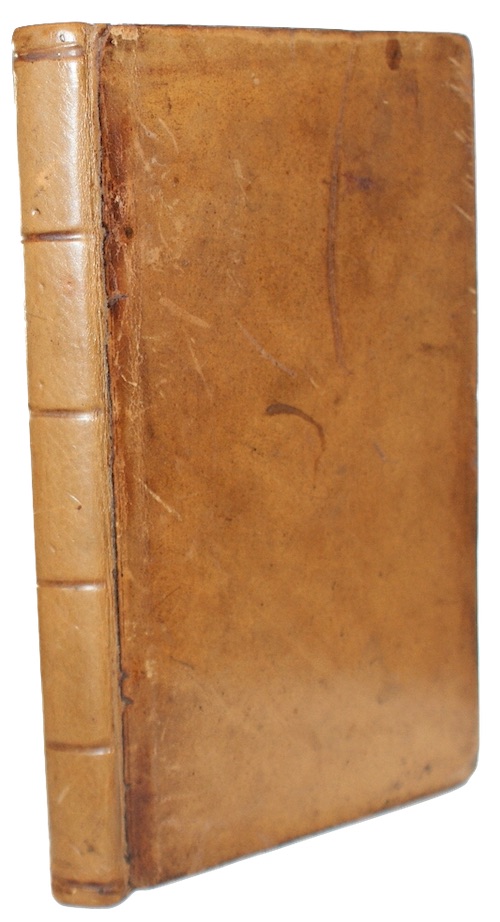 THE ROYAL NAVY AND RELIGION

[MARKS, Richard]. Nautical essays: or, a spiritual view of the ocean and maritime affairs: with reflections on The Battle of Trafalgar, and other events.

London. Published by J. Nisbet, 1818. First edition.
Call us Email us
12mo. [8], 211pp, [1]. Contemporary calf, recently neatly rebacked. Rubbed with discolouration to boards. Hinges exposed, armorial bookplate of 'Letitia Le Poer French' to FEP, contemporary ink gift inscription to FFEP, occasional spotting.
An uncommon Regency period religious study, apparently intended for digestion by earnest and impressionable young seaman. With a structure based on various elements of ships, voyages, and the sea ('The middle watch', "The smuggler', 'The fleet sailing out of port' etc.) and numerous scriptural references, this collection is nevertheless interspersed with detailed knowledge and extensive references to the Royal Navy in the age of sail, presumably garnered during Lieutenant Richard Marks' time in the Senior Service. The lengthiest essay in this volume is no. 21, "Reflections on the Battle of Trafalgar".
£ 300.00 Antiquates Ref: 15407
This site uses cookies.Find out more.