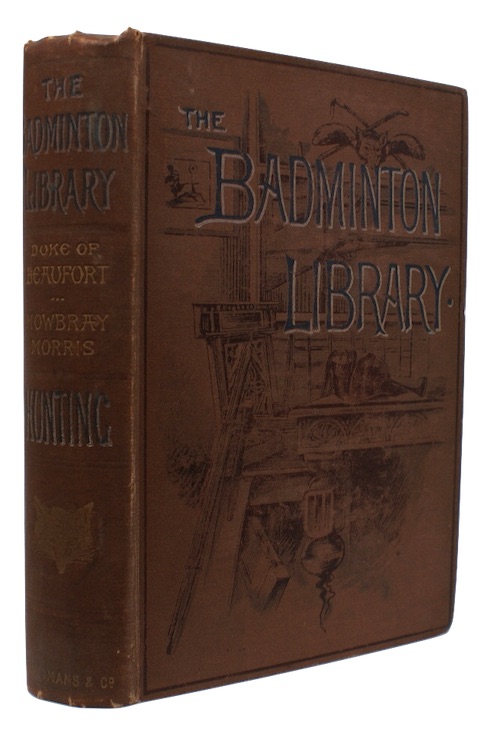 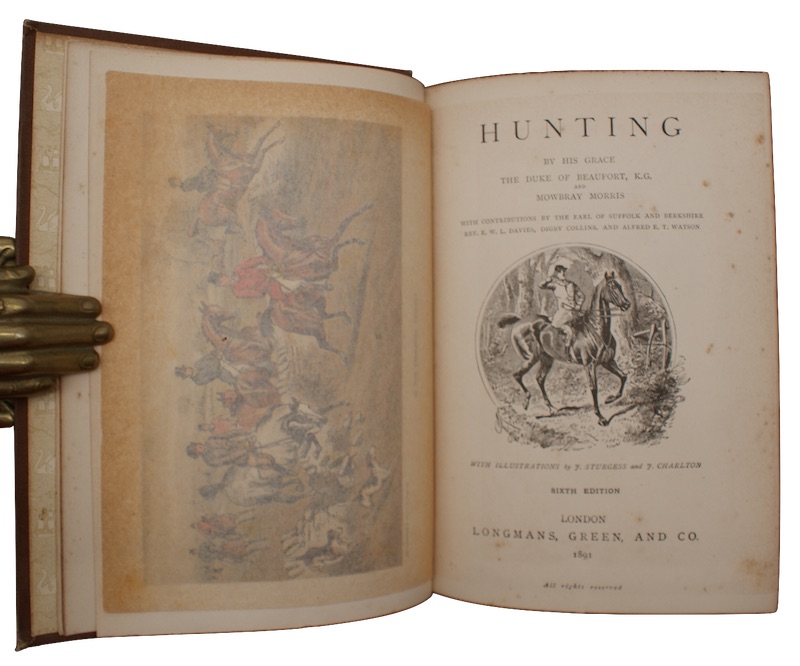 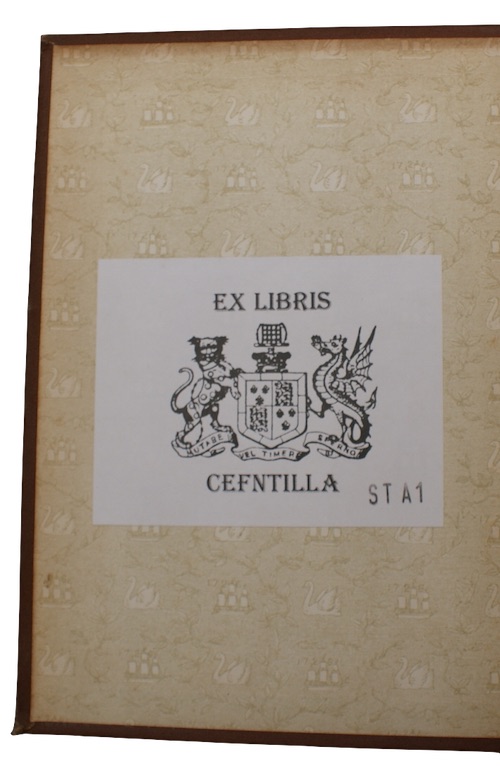 [BADMINTON LIBRARY]. Hunting by his grace the Duke of Beaufout, K.G. and Mowbray Morris with contributions by the Earl of Suffolk and Berkshire, Rev E.W.L. Davies, Digby Collins, and Alfred E.T. Watson. With illustrations by J. Sturgess and J. Charlton.

London. Longmans, Green and Co, 1891. Sixth edition.
Call us Email us
8vo. xii, 373pp, [3]. With half-title, frontispiece and terminal advertisement leaf. Original publisher's decorative cloth. Some rubbing and marking to extremities and spine, some foxing to text. Hinges weakening, with webbing exposed at front and rear endpapers. Later armorial bookplate of the Barons Raglan, bearing the name 'Cefntilla', to FEP. Another owner's ink inscription to verso of frontispiece.
The Badminton Library of Sports and Pastimes was an ambitious sports publishing project conceived by Henry Somerset, 8th Duke of Beaufort (the name derived from the Duke's country house, Badminton) and dedicated to the Prince of Wales, 'one of the best and keenest sportsmen of our time'. Between 1885 and 1902 some 33 separate works were published, each profusely illustrated, detailing the history and details of the sporting activity in question.

Following the death of Fitzroy James Henry Somerset, 1st Baron Raglan (1788-1855), commander of allied forces during the Crimean War, 1,623 of his friends, admirers, and comrades purchased the estate of Cefntilla Court in Monmouthshire Wales, presenting the home to Richard Somerset, 2nd Baron Raglan (1817-1884) and his heirs in perpetuity as a memorial in remembrance of his father's contribution to the British military.
£ 50.00 Antiquates Ref: 15452
This site uses cookies.Find out more.