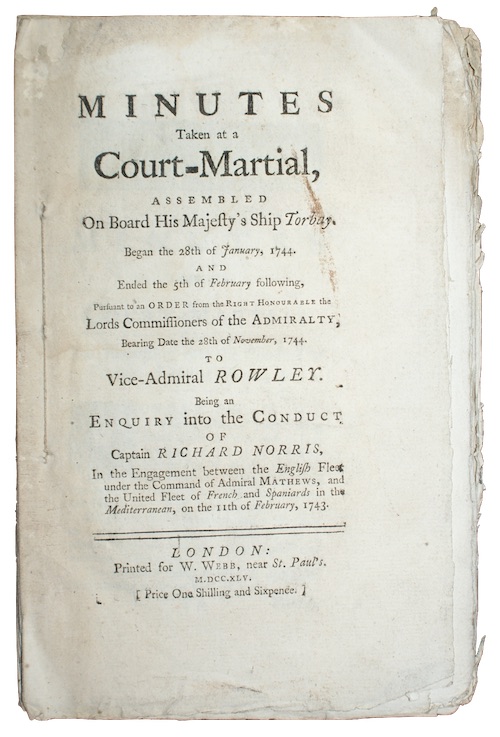 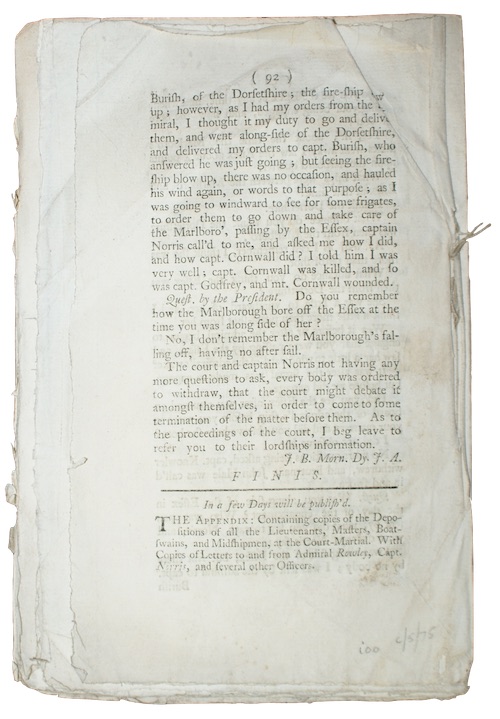 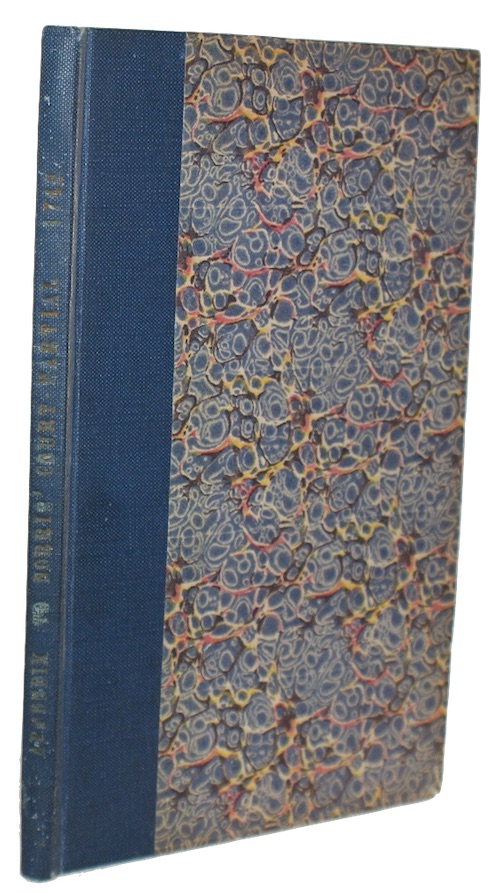 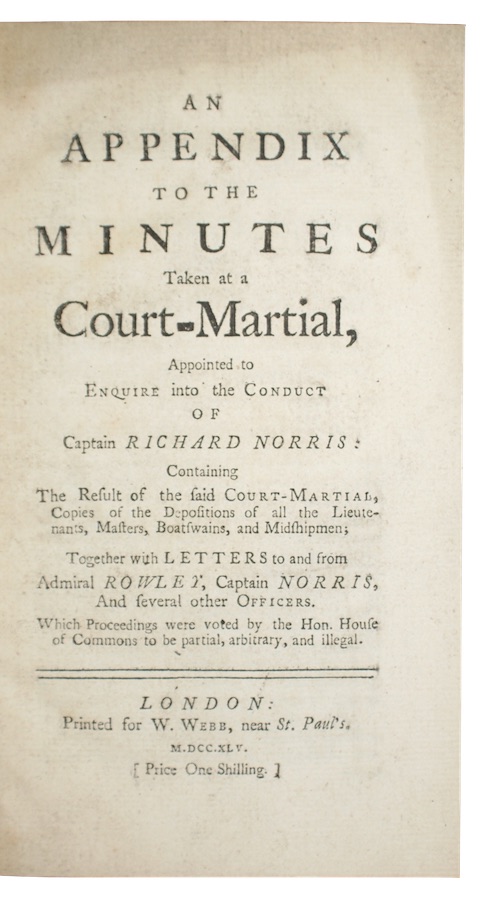 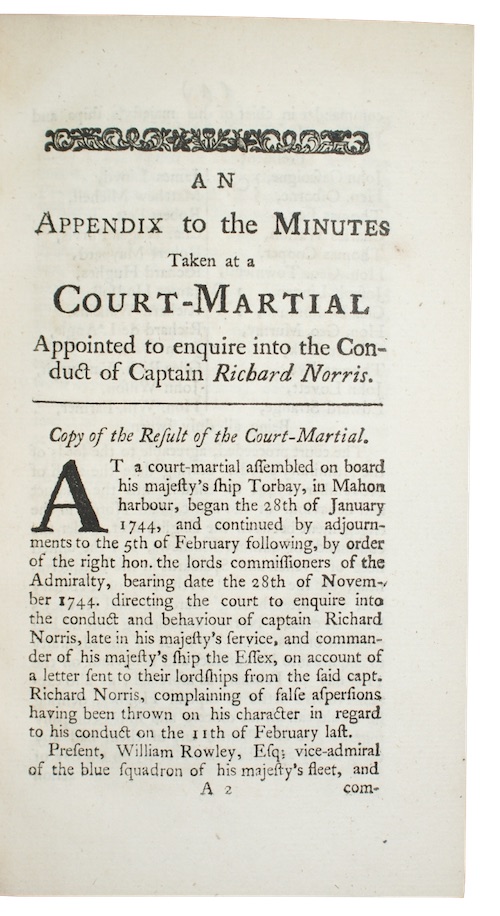 [NORRIS, Richard]. Minutes Taken at a Court-Martial, assembled On Board His Majesty's Ship Torbay...Being an Enquiry into the Conduct of Captain richard norris.

[Together with:] An appendix to the minutes Taken at a Court-Martial, Appointed to Enquire into the Conduct of Captain richard norris... London. Printed for W. Webb, 1745. First edition. 48pp. Recent cloth-backed marbled paper boards. A trifle rubbed. Light dust-soiling to title-page, damp-staining to top-corner of all leaves.
The first edition, with accompanying supplement, of this record of the proceedings of the court-martial of Royal Navy officer Robert Norris on charges of misconduct during the War of Jenkins' Ear. Assembled aboard His Majesty's Ship Torbay on 28th January 1744, the court-martial began enquires into the conduct of Norris, commander of the Essex, regarding his actions in an engagement in the Mediterranean Sea, between the English fleet under command of Admiral Mathews, and the joint forces of the Spanish and French on 11th February 1743. The depositions of the day claim that Norris had deliberately kept the ship out of gunshot of the enemy for the entirety of the battle, and refused to assist the heavily damaged Marlborough. In answer Norris maintained that the latter decision had been made in consultation with the very lieutenants now questioning his behaviour; and that furthermore he would have assisted further in events had he at any time received a command from the admiral. After long consideration the court deemed that as Norris - having voluntarily resigned from his duties - was no longer in the service of the navy, that the case be referred to the lords commissioners of the Admiralty. The House of Commons would however vote that the proceedings of the court-martial were partial, arbitrary, and ultimately illegal, whereafter the matter was dropped.
ESTC T144571, T22327.
£ 375.00 Antiquates Ref: 15514
This site uses cookies.Find out more.