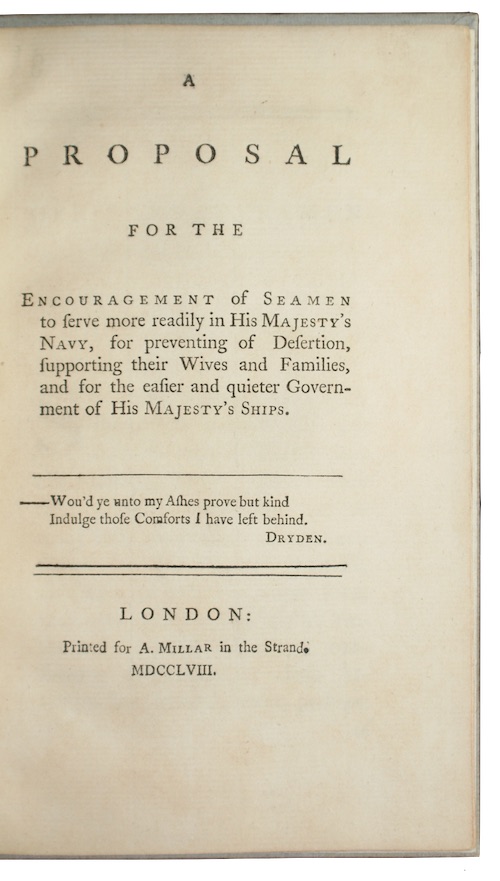 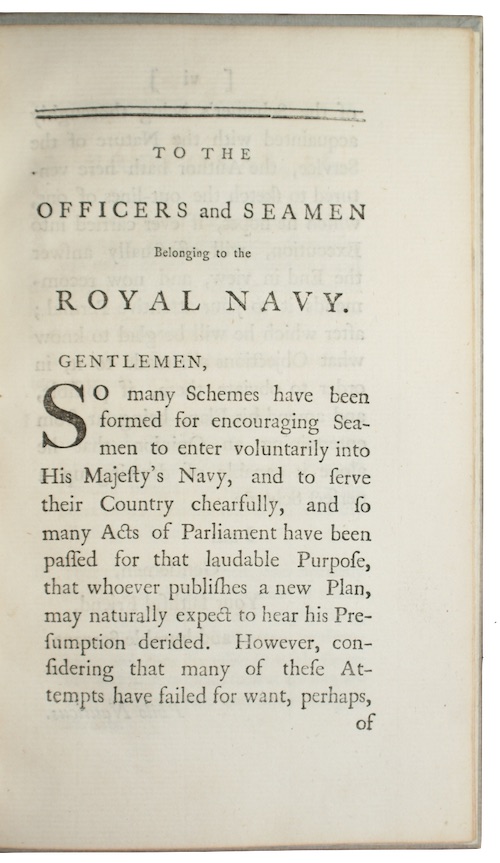 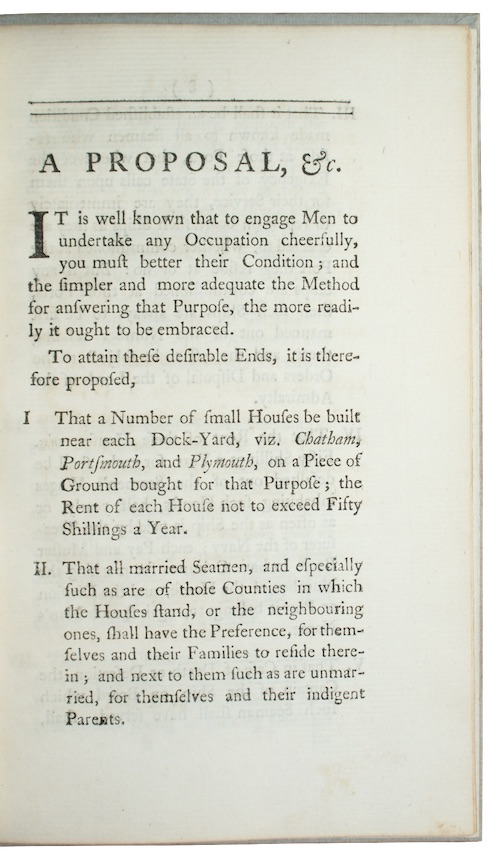 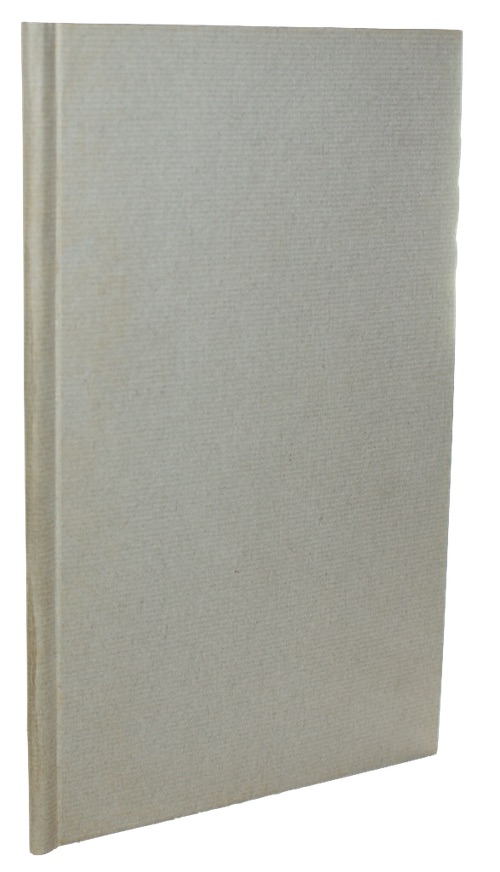 [ROYAL NAVY]. A proposal for the Encouragement of Seamen to serve more readily in His Majesty's Navy, for preventing of Desertion, supporting their Wives and Families, and for the easier and quieter Government of His Majesty's Ships.

London. Printed for A. Millar, 1758. First edition.
Call us Email us
8vo. [3], vi, [1], 8-32pp. Without half-title. Recent plain paper boards. Very minor wear to extremities. Recent endpapers, marginal pen-trials to p.32, else internally clean and crisp.
An anonymous treatise directed to the officers of the Royal Navy proposing alterations that may be made in order to improve the working conditions of seamen, thus motivating them to serve with greater zeal and efficiency whilst discouraging acts of insubordination and instances of desertion. Suggested amendments to practice include; the construction of affordable dock-side housing for servicemen and their families; the provision of sick-beds within the homes for the care of wounded sailors; and the preferential treatment of a seaman's children when applying for employment within the navy.
ESTC T42826.
£ 250.00 Antiquates Ref: 15515
This site uses cookies.Find out more.