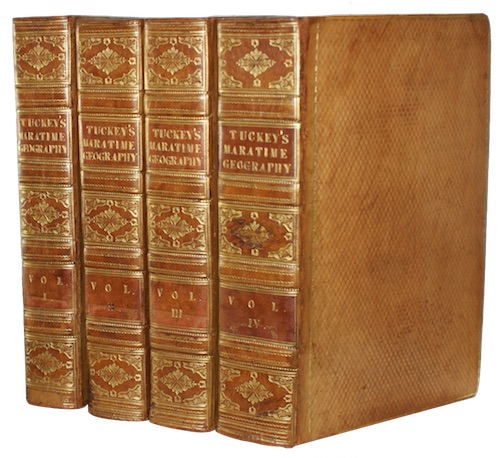 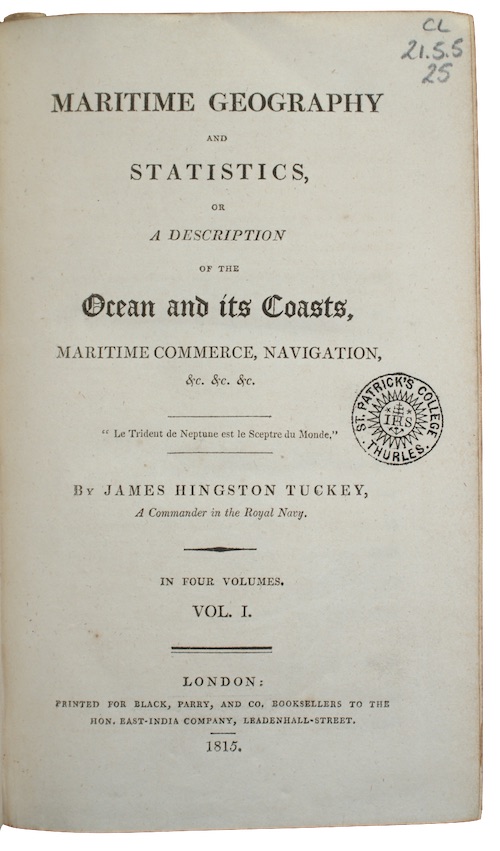 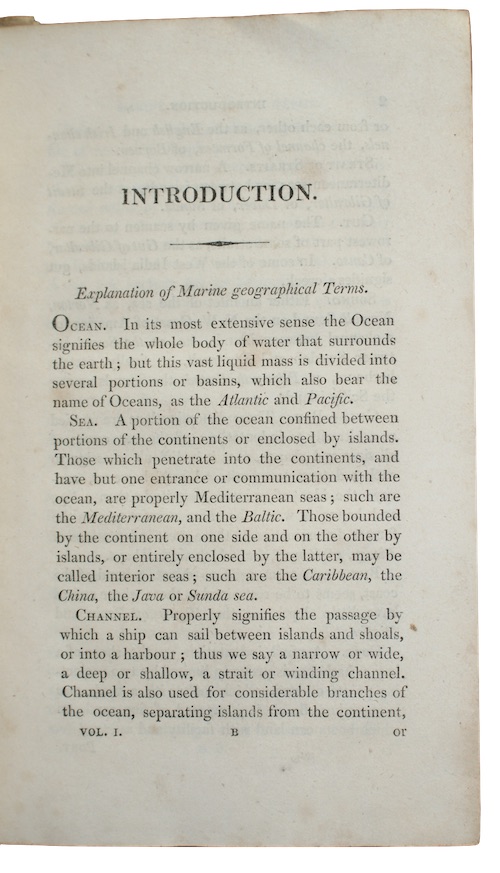 TUCKEY, James Hingston. Maritime geography and statistics, or a description of the Ocean and its Coasts, maritime commerce, navigation, &c. &c. &c..

London. Printed for Black, Parry, and Co., 1815. First edition.
Call us Email us
8vo. In four volumes. xxxii, 536; viii, 599, [1]; viii, 566, [1]; vii, 760pp. Handsomely bound in contemporary diced calf, spines richly gilt, marbled edges. Lightly rubbed. Ink-stamps of St. Patrick's College, Thurles to all titles, foxed, occasional spotting.
The first edition of James Hingston Tuckey's (1776-1816) comprehensive global geography for mariners. Whilst serving as a lieutenant in the Royal Navy, Tuckey's vessel was captured by French forces at Rochefort in 1804 - he would spend a decade in captivity, during which time he composed this magnum opus; stating in the preface that his imprisonment allowed him 'the perusal of many thousand volumes' for his research. The widely disseminated work owes a great debt to Matthew Flinders' Voyage to Terra Australis, which at the time of Maritime geography being sent to press had not been published. Tuckey provides immense detail on all locales mentioned, including the mapping of the coasts of Australia and Van Diemen's Land - with discussion of non-nautical details such as the flora and fauna of the region and a description of the habitation of the convicts held there, all informed by personal experience, Tuckey having been a part of a voyage undertaken in 1802 and documented in his An Account of a Voyage to Establish a Colony at Port Philip in Bass's Strait (London 1805).
£ 1,500.00 Antiquates Ref: 15532
This site uses cookies.Find out more.