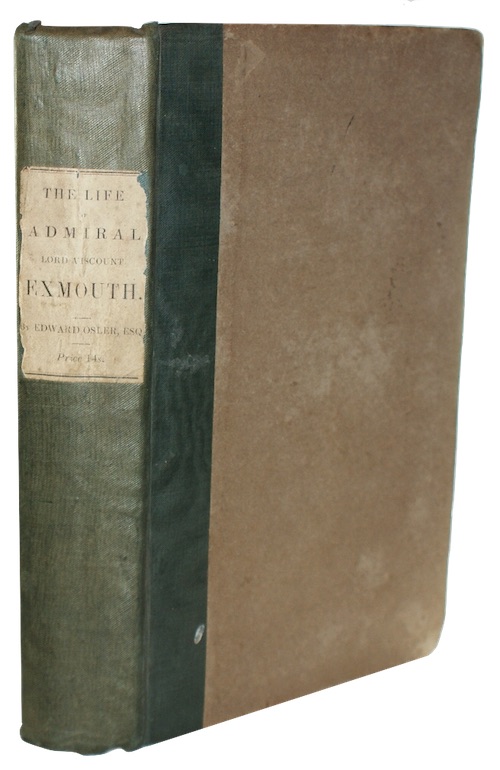 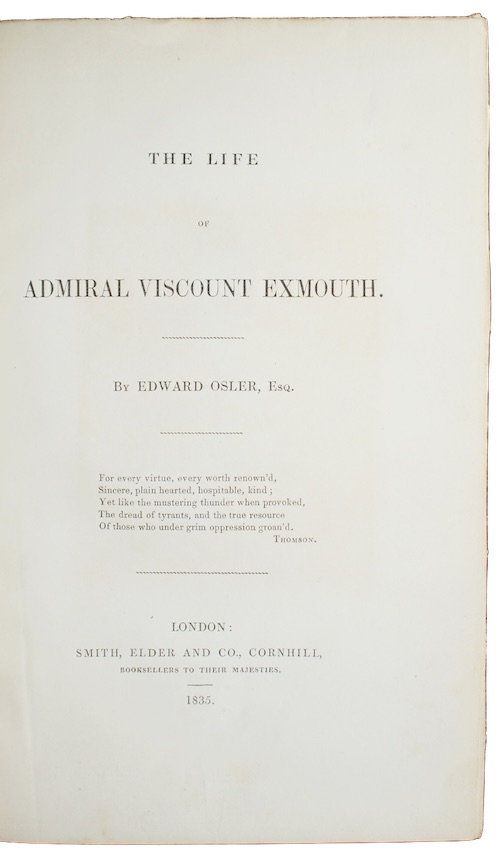 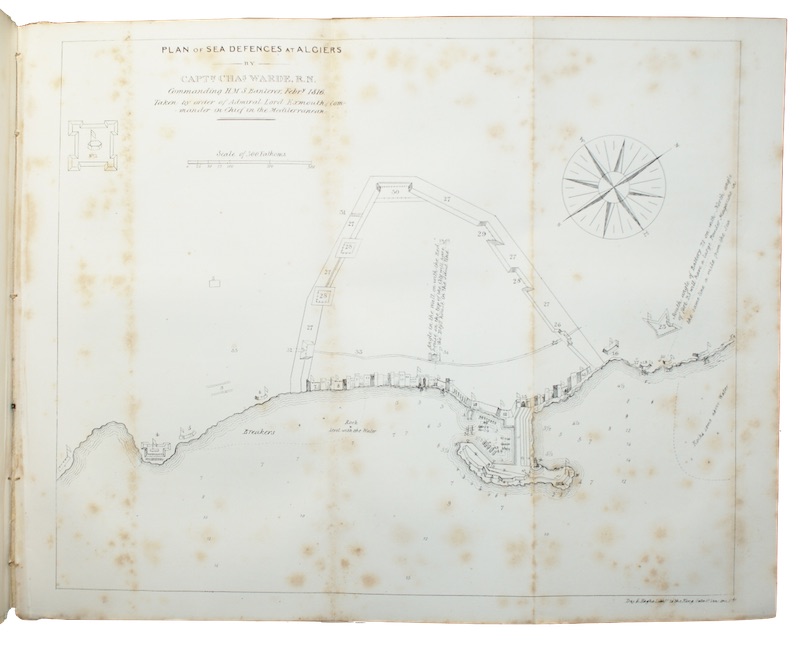 London. Smith, Elder and Co., 1835. First edition.
Call us Email us
8vo. xvi, 448pp, [16]. With an engraved portrait frontispiece, four lithographic plates, an engraved folding plan, and a terminal publisher's advertisement catalogue. Uncut in original publisher's green cloth-backed drab paper boards, printed paper lettering-piece. Some rubbing, spots of marking, spine sunned, chipping to lettering-piece. Ink ownership inscription and armorial bookplate of 'Rear Admiral Sir Graham Hamond' to FEP, plates foxed, else internally clean and crisp.
The first edition of Edward Osler's (1798-1863) authoritative life of Edward Pellew (1757-1833), the celebrated British naval officer who saw service during the American Wars of Independence, French Revolutionary and Napoleonic Wars. As the Captain of the HMS Nymphe, Pellew was responsible for the capture of the first French frigate of the American Revolutionary War at the action of 18th June 1793, and with it the signal codes of the enemy fleet. As the instigator of one of the most celebrated and significant victories of the British Navy during the late eighteenth-century, Pellew was knighted by King George III. By the following year he risen to the rank of Commodore of the Western Frigate Section, and taken command of the ship in which he was to secure numerous prizes and later be immortalised in fiction by C.S. Forester in the Hornblower novels; HMS Indefatigable. Promoted Rear-Admiral in 1804, he took command of the East Indies Section, and of the Mediterranean Fleet during 1811-14/1815-16. His final notable action was in 1816, when his successful bombardment of Algiers secured the freedom of 1,200 Christian slaves imprisoned by the Berbers, marked on 10th December by his creation as 1st Viscount Exmouth.

Sir Graham Hamond (1779-1862), officer of the Royal Navy noted for his command during the French Revolutionary and Napoleonic Wars who would rise to the rank of Admiral of the Fleet.
£ 450.00 Antiquates Ref: 15555
This site uses cookies.Find out more.