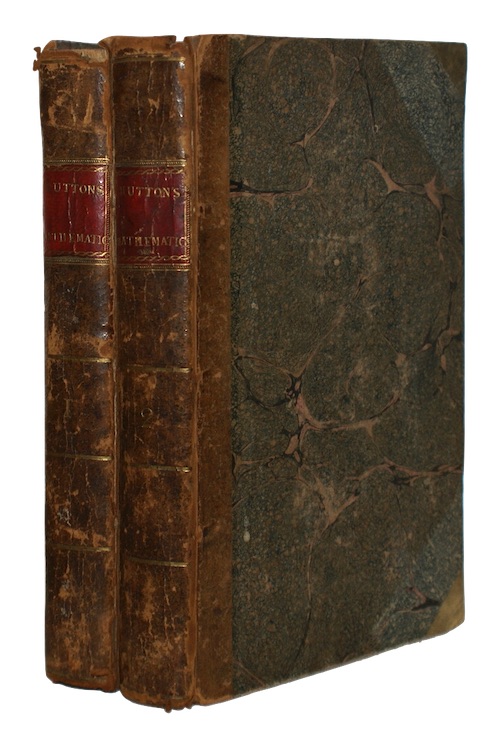 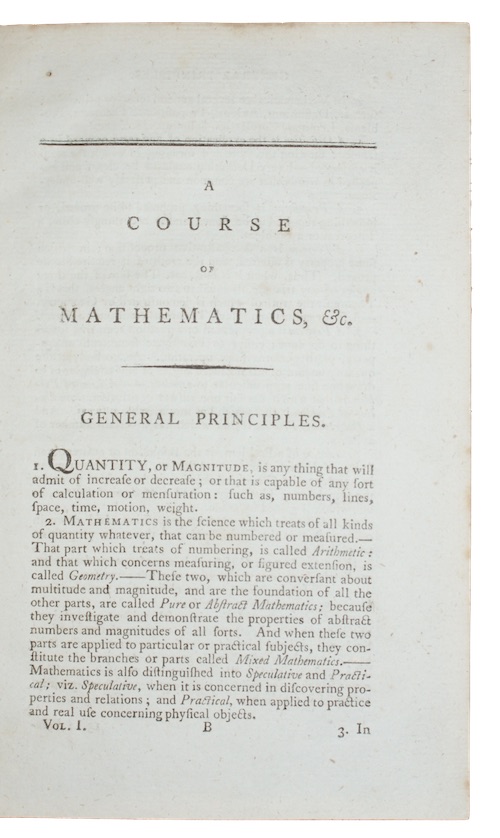 HUTTON, Charles. A course of mathematics...

London. Printed for G. G. and J. Robinson, 1799. Second edition.
Call us Email us
8vo. In two volumes. vi, 368; iv, 364pp, [2]. With a half-title to Vol. I and a final errata leaf to Vol. II. Without the final errata leaf for Vol. I. Contemporary calf-back vellum-tipped marbled boards, contrasting red morocco lettering-pieces. Extremities worn, some loss to spines, splitting to joints, upper board of Vol. I held by cords only. Marginal worm-trail running through head of Vol. I - not touching text, final gathering to Vol. II protruding from text-block.
A 'short and easy course of the mathematical sciences' by English mathematician Charles Hutton (1737-1823), designed for the use of the cadets in the Royal Military Academy at Woolwich. First printed in 1798, the book includes accessible instruction in, amongst other fields, algebra, trigonometry, geometry, and calculus. The Course became a standard text and was published in various editions in a period of fifty years (it was even translated into Arabic). It was adopted by the United States Military Academy at West Point when the institution opened in 1802.
ESTC N31295.
£ 200.00 Antiquates Ref: 15565
This site uses cookies.Find out more.