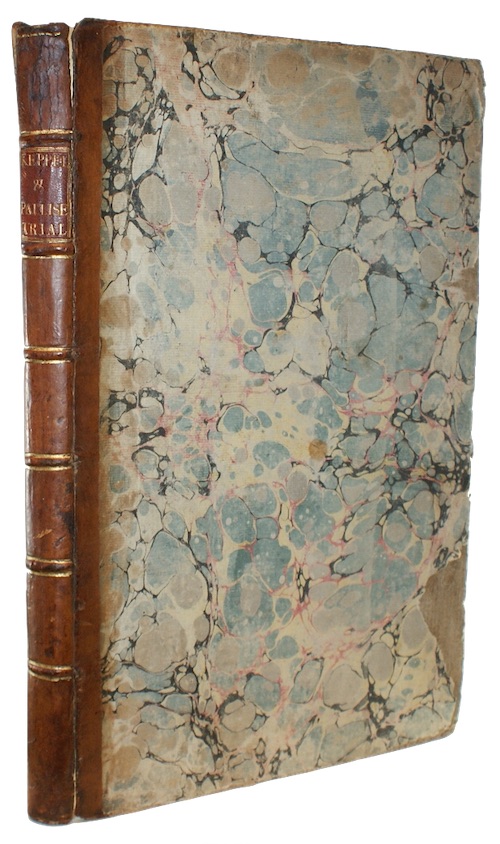 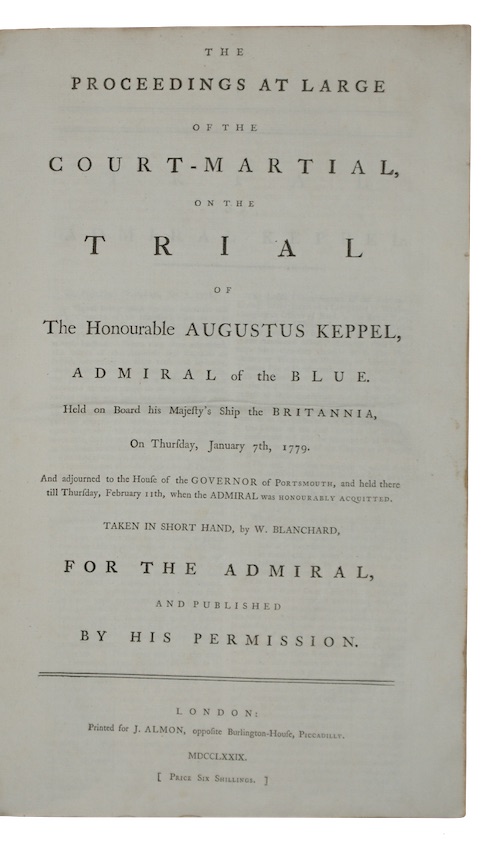 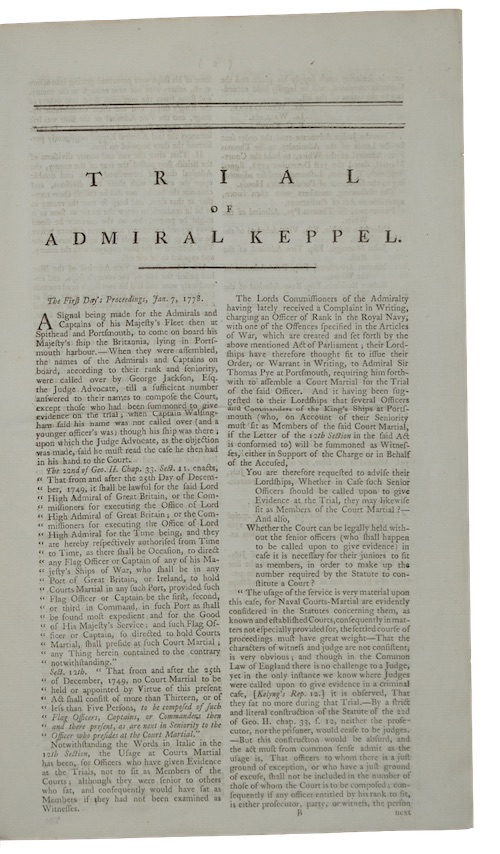 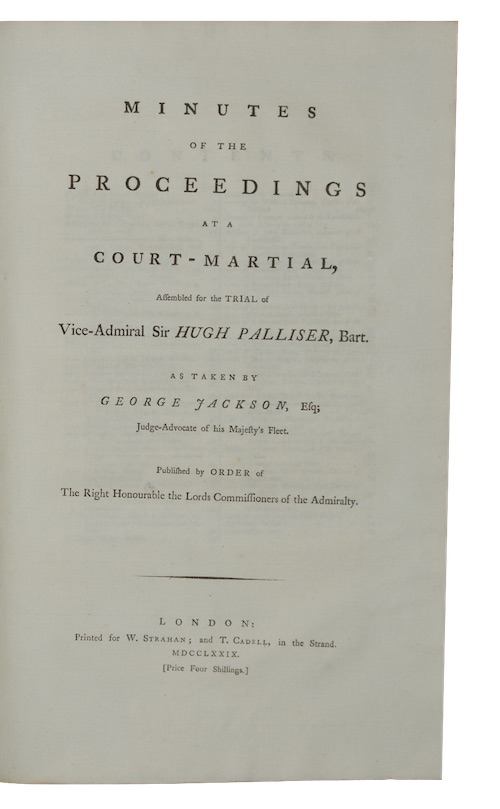 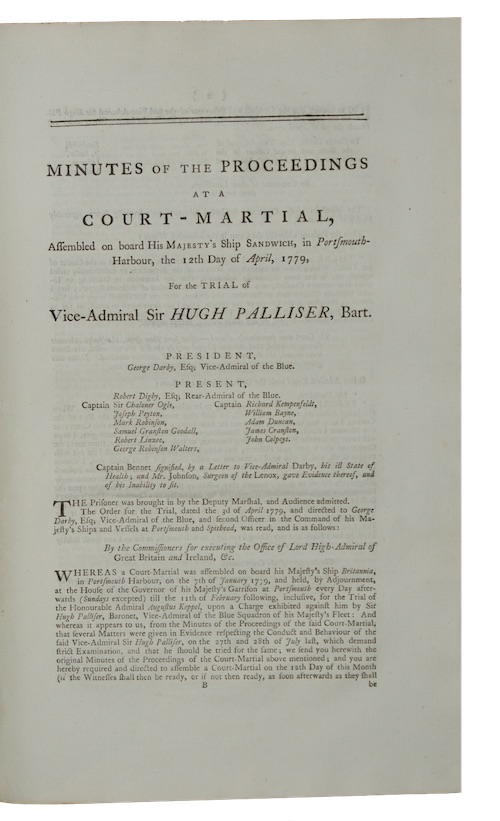 [ROYAL NAVY]. The proceedings at large of the court-martial, on the trial of The Honourable Augustus Keppel...for the admiral, and published by his permission.

[Bound with:] Minutes of the proceedings at a court-martial, Assembled for the trial of Vice-Admiral Sir Hugh Palliser, Bart....Published by order of The Right Honourable the Lords Commissioners of the Admiralty. London. Printed for W. Strahan; and T. Cadell, 1779. First edition. [4], 95pp, [1].

Folio. Contemporary calf-backed marbled boards, contrasting red morocco lettering-piece. Extremities rubbed, surface loss to boards, joints split with upper board working loose, slight loss to head and foot of spine. Near contemporary armorial bookplate to FEP of 'Thomas James, Viscount Bulkeley', recent bookplate of 'Robert J. Hayhurst' pasted below, internally clean and crisp.
Two works concerning the courts-martial of Royal Navy officers Admiral Augustus Keppel (1725-1786) and Vice-Admiral Sir Hugh Palliser (1723-1796) respectively. The former had served with distinction during the both the Seven Years' War and the American War of Independence. Following the latter conflict, Keppel held his subordinate admiral Palliser responsible for the poor state of the Navy's fortunes, in particular the defeat at the First Battle of Ushant, considering Palliser's conduct as a deliberate betrayal. Keppel began a campaign of calumny, the outcome being a series of scandalous scenes in parliament and subsequent trials - each side accusing the other of treason. Keppel was the first to be tried, and eventually acquitted in 1779, with Palliser enduring the same shortly thereafter.