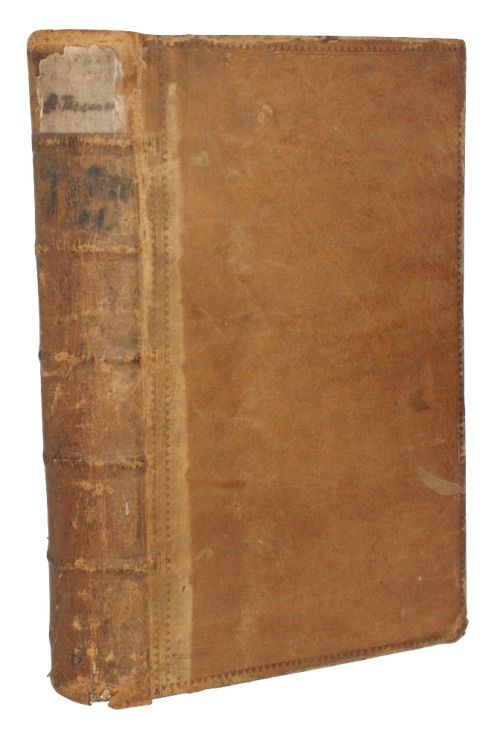 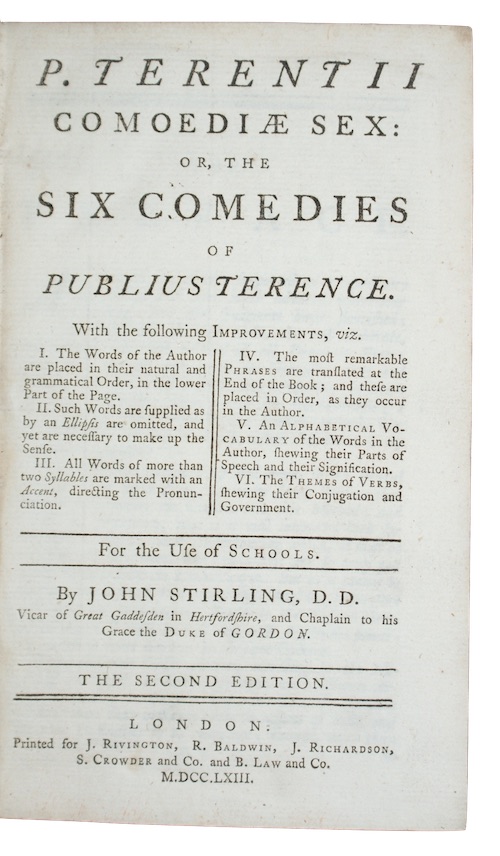 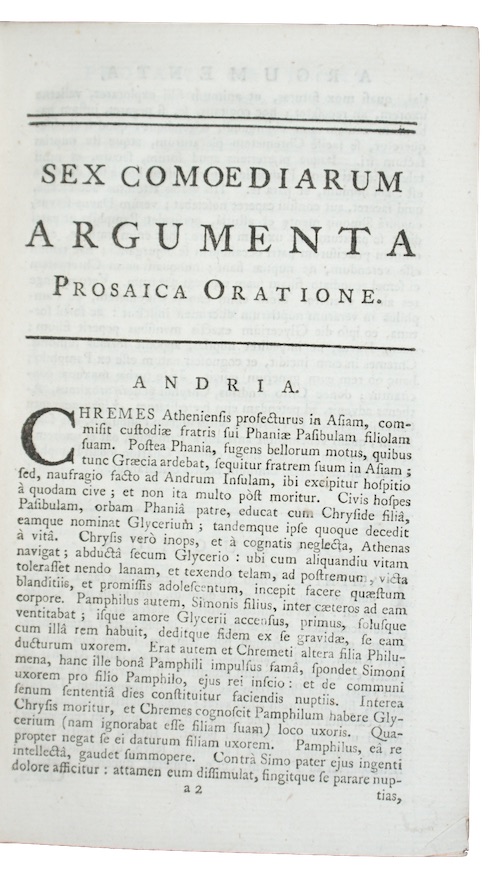 FOR THE USE OF SCHOOLS

TERENCE. P. terentii comoediae sex: or, the six comedies of publius terence... For the Use of Schools.

Although claiming to be the second, two editions precede this printing. All are scarce, with this edition being no exception; ESTC records copies in the British Isles at (Hull and NLW), and two further in North America (Philadelphia and Quebec).
ESTC N37815.
£ 300.00 Antiquates Ref: 16218
This site uses cookies.Find out more.