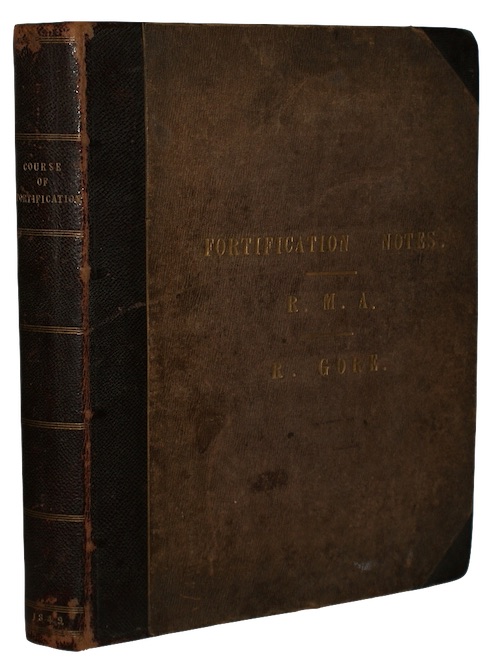 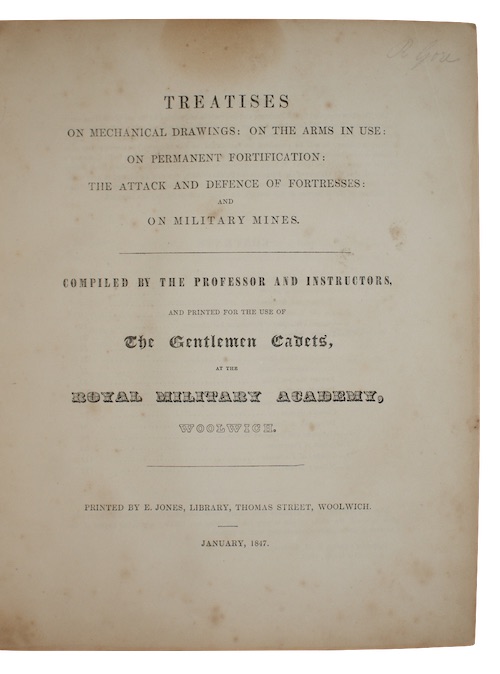 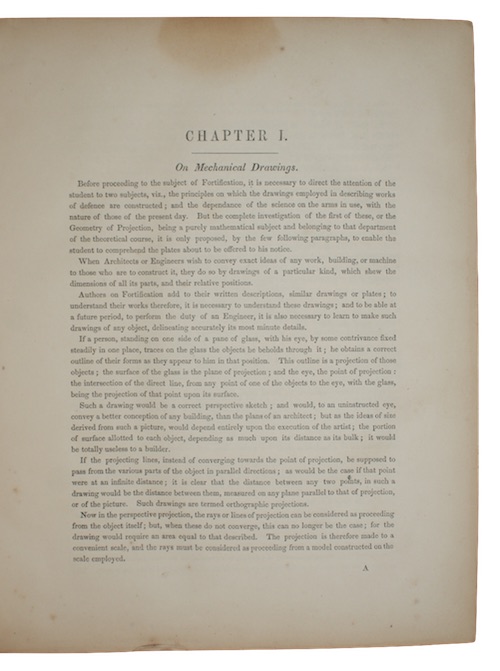 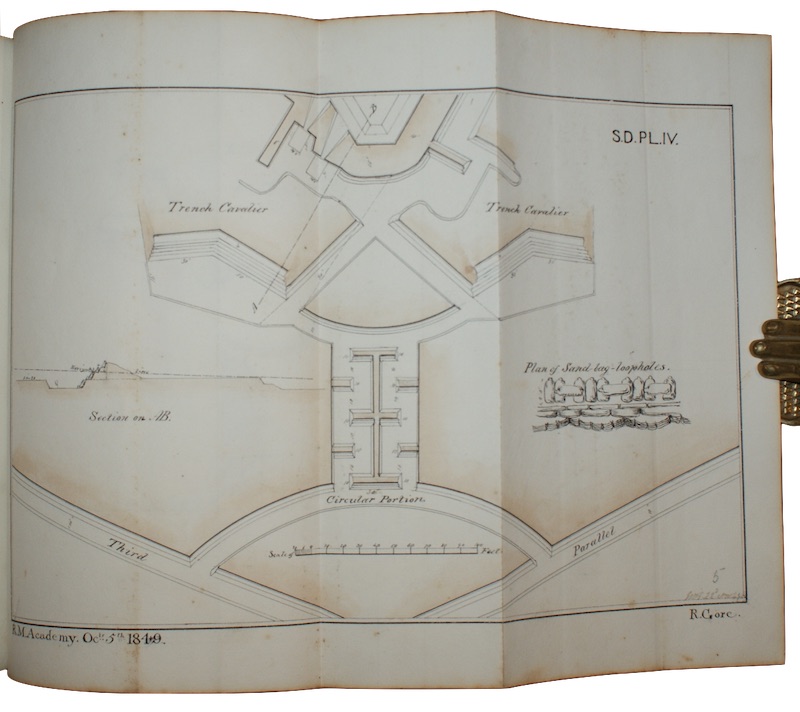 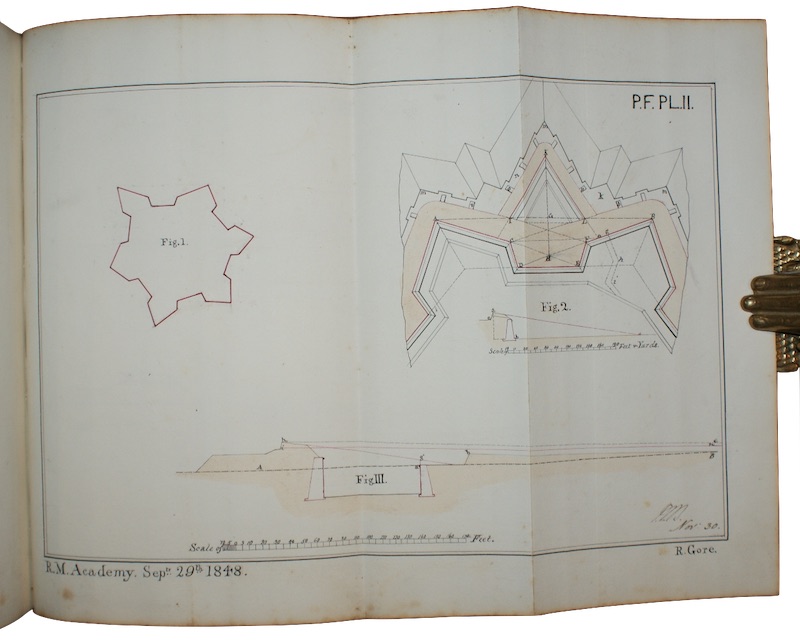 WITH AN ARTILLERY MAN'S MANUSCRIPT ADDITIONS

[ROYAL MILITARY ACADEMY, WOOLWICH]. Treatises on mechanical drawings: on the arms in use: on permanent fortification: the attack and defence of fortresses: and on military marines. Compiled by the professor and instructors, and printed for the use of The Gentlemen Cadets, at the royal military academy, woolwich.

Quarto. Contemporary burgundy half morocco, cloth, gilt, lettered 'Fortification Notes. / R.M.A. / R. Gore. Rubbing to extremities, marking to boards.
A rare, locally-printed and immensely detailed textbook of military engineering and artillery produced for the officer-cadets of the Royal Military Academy at Woolwich, which features, for example, the early-modern theories of Vauban on fortification alongside the modern suggestions of Le Brun on countermining. COPAC locates only two copies in British libraries, at BL and the Institute of Civil Engineers; OCLC adds four further, at Columbia, Michigan, NY Historical Society and the US Military Academy library.

Added to this volume are the manuscript cadet notes, featuring both sketch diagrams and more formal, detailed hand-executed plans on fortification, of Cadet Ralph Gore, who later progressed to the rank of Lt. Colonel in the Royal Artillery.