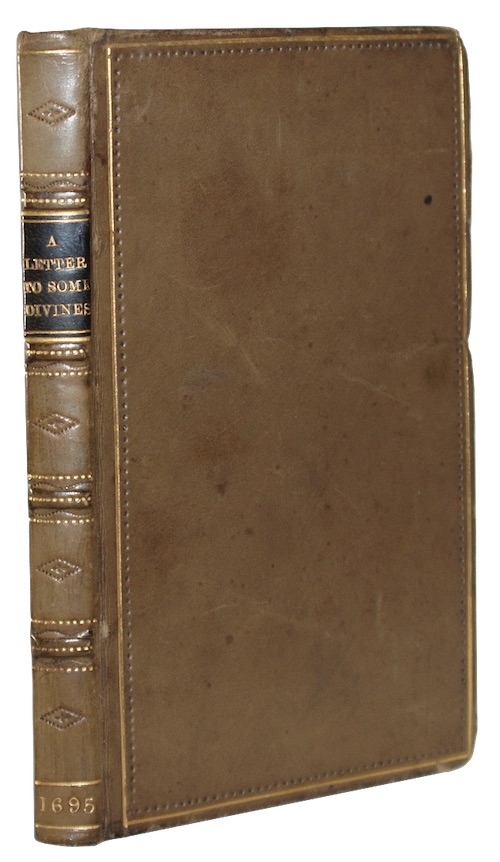 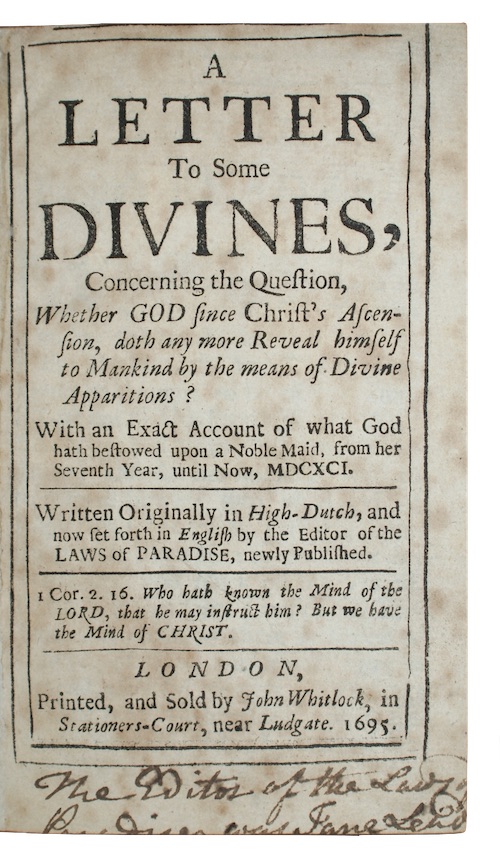 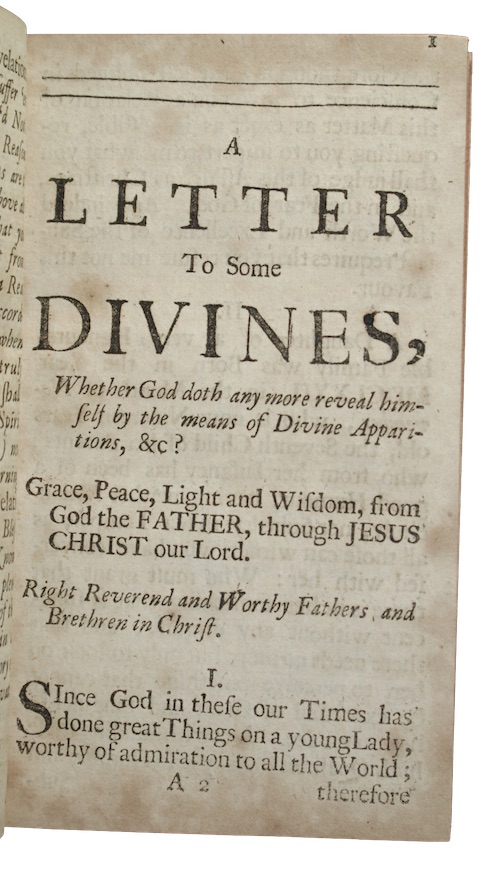 J. W. P.. A letter To Some divines, Concerning the Question, Whether god since Christ's Ascension, doth any more Reveal himself to Mankind by the means of Divine Apparitions? With an Exact Account of what God hath bestowed upon a Noble Maid, from her Seventh Year, until Now, MDCXCI. Written Originally in High-Dutch, and now set forth in English by the Editor of the laws of paradise, newly Published.

London. Printed, and Sold by John Whitlock, 1695. First edition.
Call us Email us
8vo. [44], 129pp, [1]. Late nineteenth-century calf, tooled in gilt and blind, contrasting black morocco lettering-piece. Lightly rubbed and marked. Contemporary ink annotations to foot of title-page and margin of p.65, errata on terminal page struck-through in ink, some occasional shaving to affecting running-titles, signatures, and catch-words, very occasionally touching text, without loss of sense.
A rare treatise on divine apparitions based upon the accounts of the revelations that Rosamond Julianna, Countess of Asseburg, had claimed to have witnessed, translated from the German ('High Dutch') of Johann Wilhelm Petersen (1649-1727), Lutheran pastor in Lunenberg who was deposed over his belief of her these claims.

The English translator of this work is unknown, whilst the lengthy English 'preface to the reader' is attributed to English physician and founding member of the Philadelphians Francis Lee (1661 – 1719). Lee, like Petersen had studied the writings of English Christian mystic Jane Lead, whilst studying at Leyden. It seems, however, unlikely that the claim set out on the title page (and mentioned in an early ink note to the foot of the same leaf) as to the translator's identity, 'now set forth in English by the Editor of the LAWS of PARADISE, newly Published', i.e. Jane Lead herself, has any veracity.