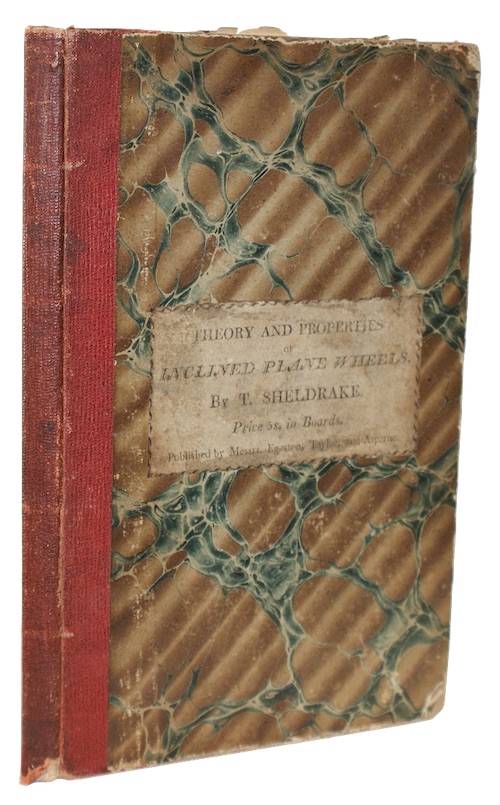 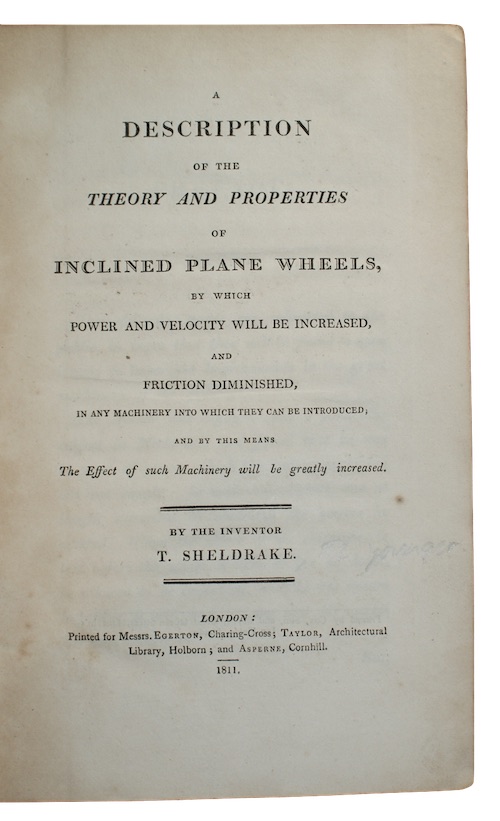 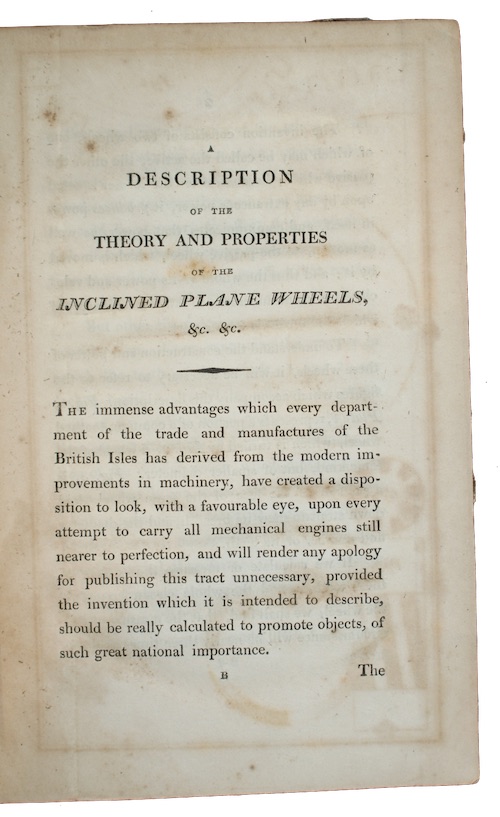 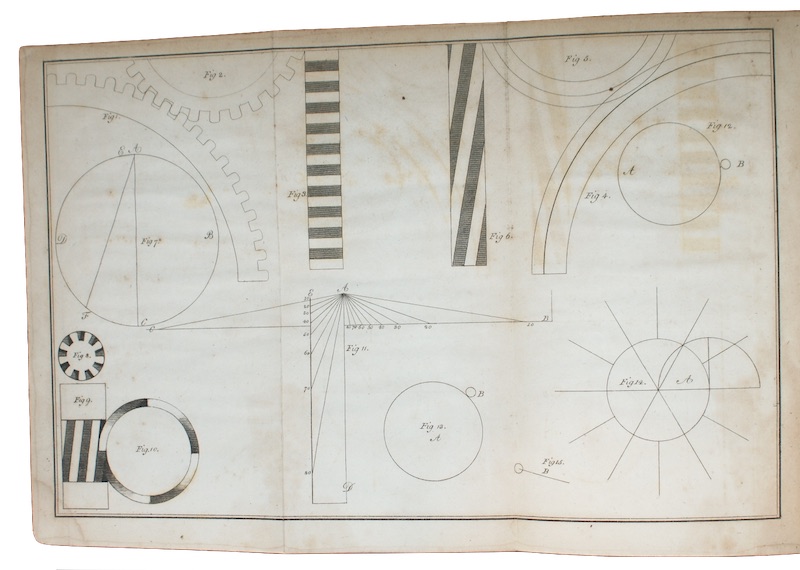 SHELDRAKE, T[imothy]. A description of the theory and properties of inclined plane wheels, by which power and velocity will be increased, and friction diminished, in any machinery into which they can be introduced; and by this means The Effect of such Machinery will be greatly increased.

London. Printed for Messrs. Egerton...Taylor...and Asperne, 1811. First edition.
Call us Email us
8vo. [4], iv, 86pp, [3]. With a half-title, and three engraved plates (one folding). With two terminal advertisement leaves (numbered 42-44) bound in from another work, the first of which pasted to the verso of final leaf of text. Later red cloth-backed marbled boards, earlier printed paper lettering-piece to upper board. Extremities rubbed and a trifle soiled, small tear to foot of spine. Without front and rear free-endpapers, offsetting from plates, lightly foxed.
A rare work of mechanical engineering composed by London inventor Timothy Sheldrake Junior, apparently produced in order to secure customers ('the manufacturers of machinery of any kind') for his newly patented inclined plane wheels. It seems likely that our Timothy Sheldrake Junior was the same individual who advertised steel trusses ‘between Charing Cross and Pall Mall’ in the late eighteenth-century who flourished, according to ESTC, 1783-1806.