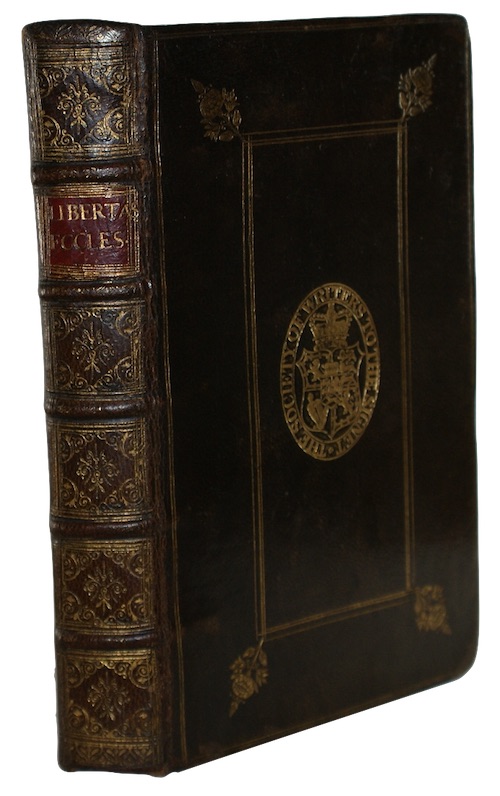 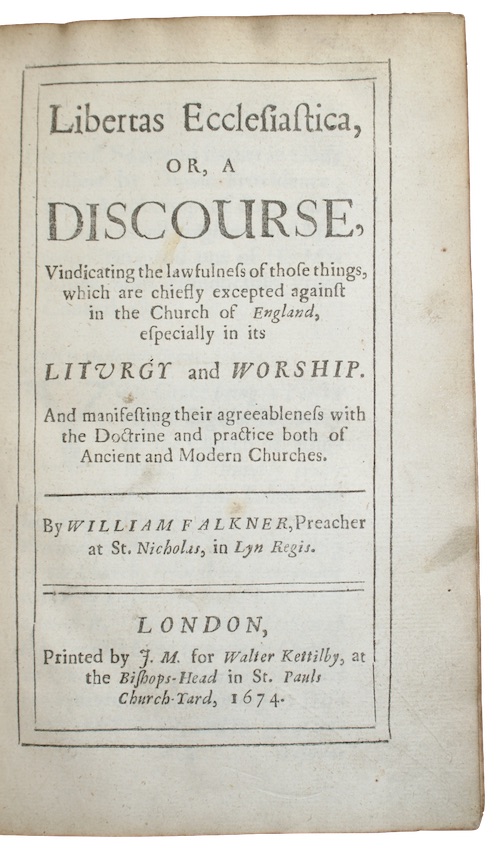 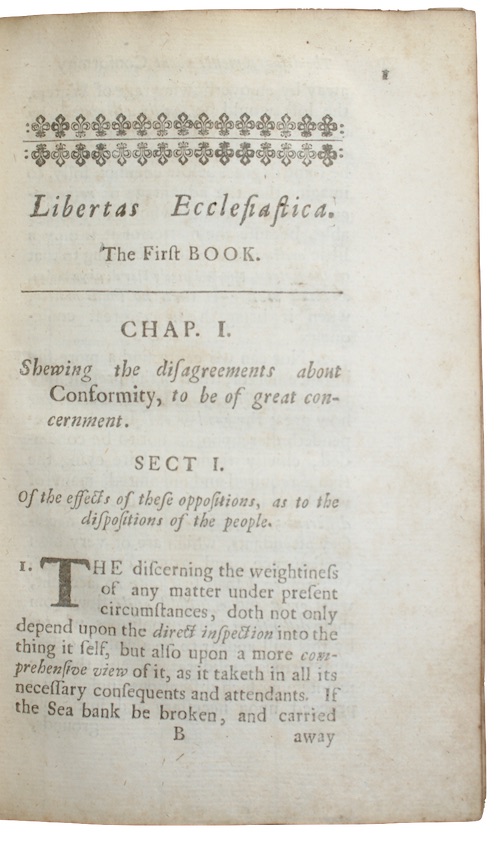 FALKNER, William. Libertas Ecclesiastica, or, a discourse, Vindicating the lawfulness of those things, which are chiefly excepted against in the Church of England, especially in its liturgy and worship. And manifesting their agreeableness with the Doctrine and practice both of Ancient and Modern Churches.

London. Printed by J[ohn] M[acock] for Walter Kettilby, 1674. First edition.
Call us Email us
8vo. [16], 552pp. With an initial imprimatur leaf. Handsomely bound in contemporary panelled calf, richly tooled in gilt, gilt supra libros of The Society of Writers to the Signet to both boards, contrasting red morocco lettering-piece, A.E.G.. Lightly rubbed, slight loss to foot of spine. Marbled endpapers, recent bookplate of Robert J. Hayhurst to FEP, printed shelf-label to verso of FFEP, very small hole to text of leaf F4 - without loss of sense, small hole to margin of S3, lightly spotted.
The first edition of Church of England clergyman William Falkner's (d. 1682) treatise arguing for religious uniformity. The preacher's primary contention is that devotional texts ought to be standardised and that the liturgy be the keystone around which all services should to be constructed in order to promote national unity. Falkner further maintains that whilst the church is legitimated by the will of God alone it's vocation must extend to encompass the affirmation and legitimation of the monarchy, and indeed royal supremacy, for the betterment of the realm.
ESTC R25390, Wing F331.
£ 450.00 Antiquates Ref: 16389
This site uses cookies.Find out more.