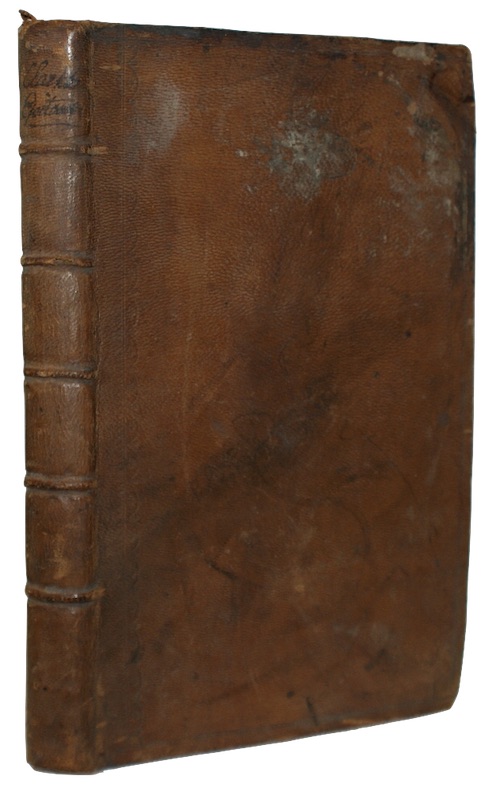 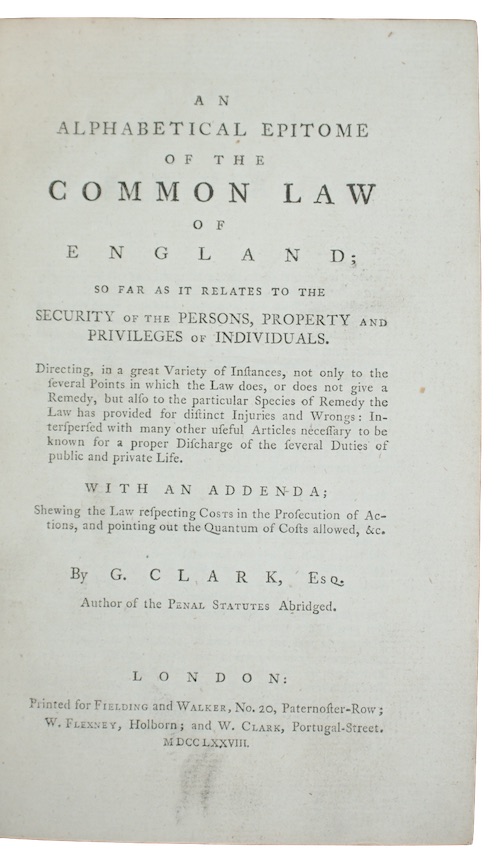 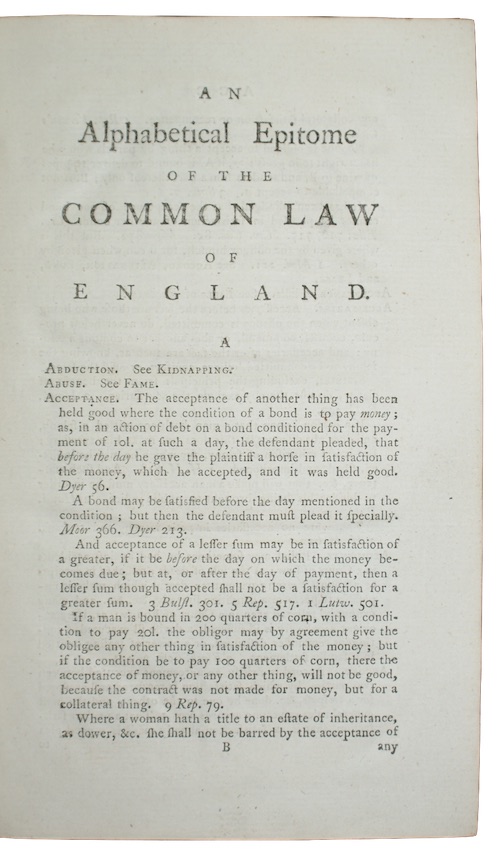 CLARK, G[eorge]. An alphabetical epitome of the common law of england; so far as it relates to the security of the persons, property and privileges of individuals.

London. Printed for Fielding and Walker et al., 1778. First edition.
Call us Email us
8vo. iv, 130 [i.e. 230]pp, [2]. With a terminal advertisement leaf. Contemporary blind-tooled sheep, title in manuscript to spine. Rubbed, heavily marked. Paste-downs sprung, occasional spotting.
The sole edition of this alphabetised companion to English common law and the costings of legal proceedings. The author, of whom little is known, had previously written on criminal law in a work entitled The penal statutes abridged (London, 1777).