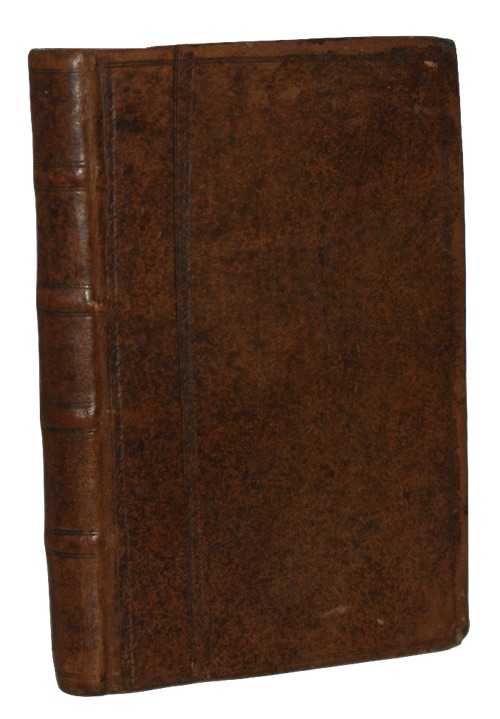 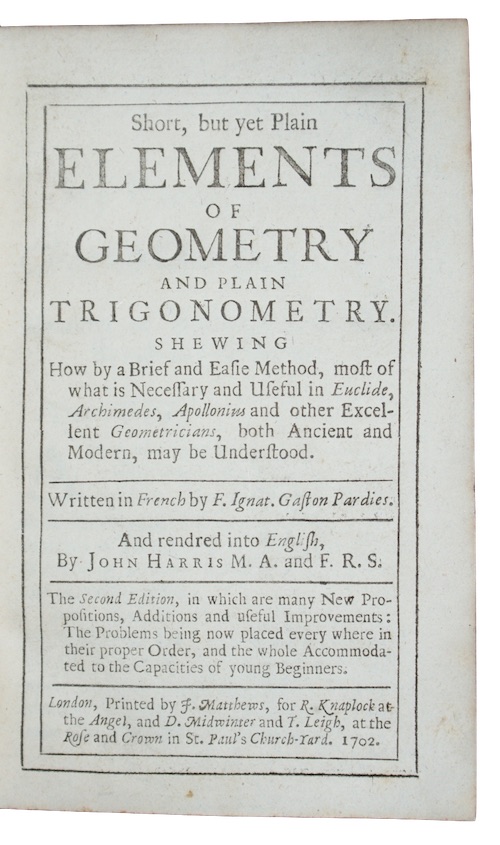 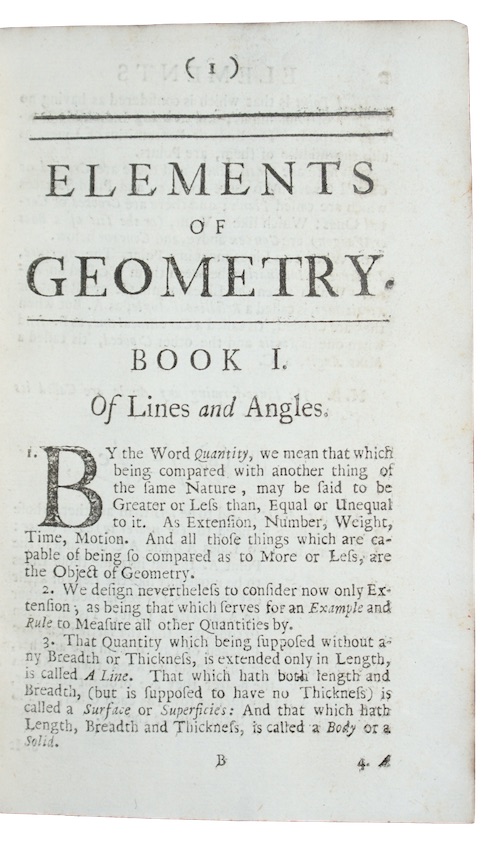 PARDIES, Ignace Gaston. Short, but yet Plain elements of geometry and plain trigonometry. Shewing How by a Brief and Easie Method, most of what is Necessary and Useful in Euclide, Archimedes, Apollonius and other Excellent Geometricians, both Ancient and Modern, may be Understood.

London. Printed by J. Matthews, for R. Knaplock, 1702. Second edition.
Call us Email us
8vo. [10], 134pp, [8]. Contemporary blind-ruled speckled calf. Lightly rubbed, slight surface loss to lower board. Recent bookplate of Robert J. Hayhurst to FEP, very occasional light spotting.
The revised and expanded edition of a popular primer on geometry by French Catholic Priest and Mathematician Ignace Gaston Pardies (1636-1673). First printed as Elemens de geometrie in 1671, the first edition in English, translated for the use of his students by lecturer on science John Harris (c.1666-1719), appeared in 1701.

ESTC records copies at five locations in the British Isles, and one other worldwide (Oklahoma).
ESTC T110041.
£ 300.00 Antiquates Ref: 16539
This site uses cookies.Find out more.