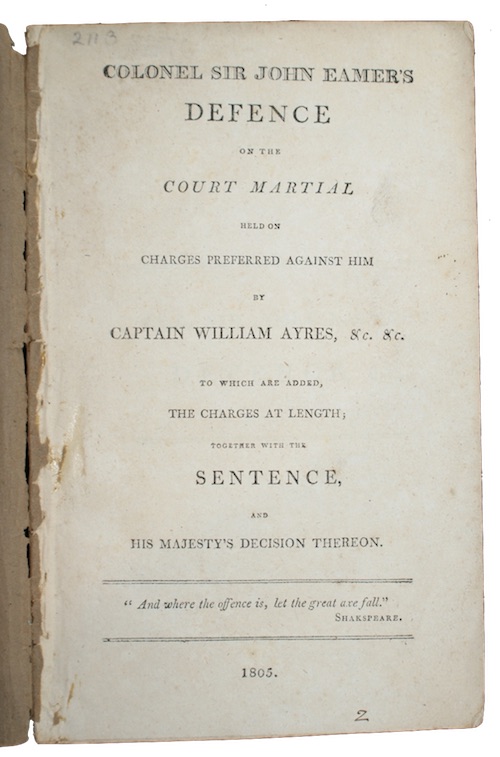 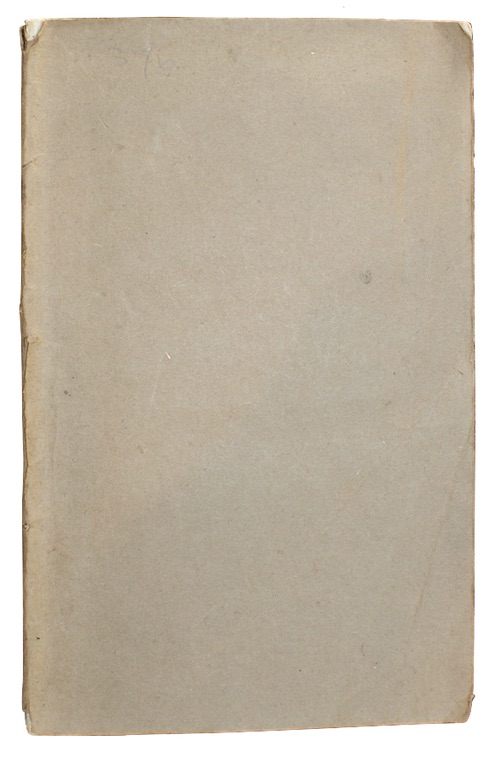 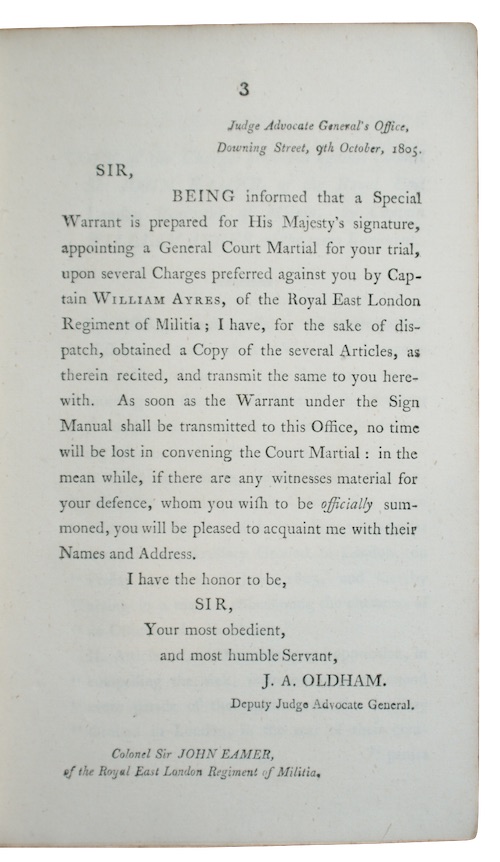 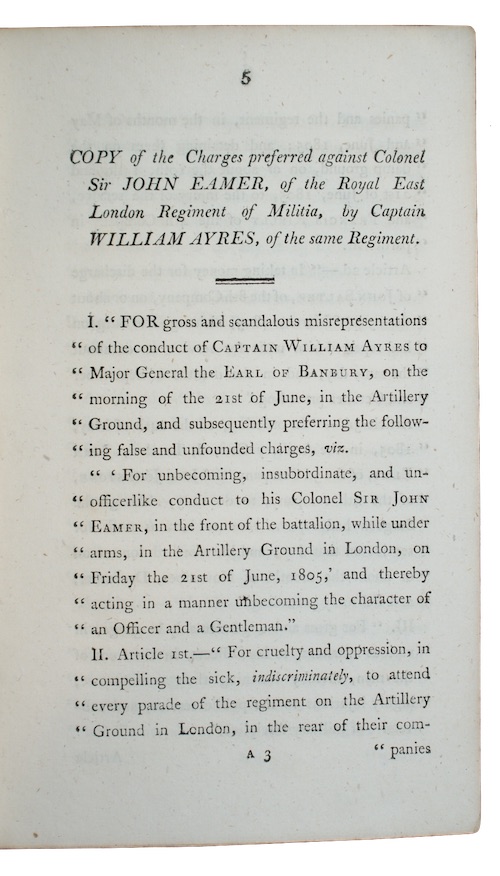 EAMER, John. Colonel sir john eamer's defence on the court martial held on charges preferred against him by captain william ayres, &c. &c. to which are added, the charges at length; together with the sentence, and his majesty's decision thereon.

[London]. [Nichols and Son], 1885. First edition.
Call us Email us
8vo. [4], 84pp. Original publisher's drab paper wrappers. Slight chipping and rubbing, wrappers separating from text-block. Very occasional light spotting.
The first edition of the proceedings of the court-martial of Sir John Eamer, Colonel of the Royal East London Regiment of Militia, following charges of improper conduct brought by Captain William Ayres of the same regiment. The primary accusations levelled at Eamer were in regard to his behaviour towards subordinate officers and his acting 'in a manner unbecoming the character of an Officer and a Gentleman', with emphasis placed upon the use of 'gross and ungentlemanly language', particularly the repeated use of the phrase 'God damn you!'. The court would acquit Eamer on all charges, declaring the accusations of Ayres and his supporters to be unfounded and motivated merely by a personal vendetta. Ayres and his compatriots would be dismissed from service with the approbation of George III.