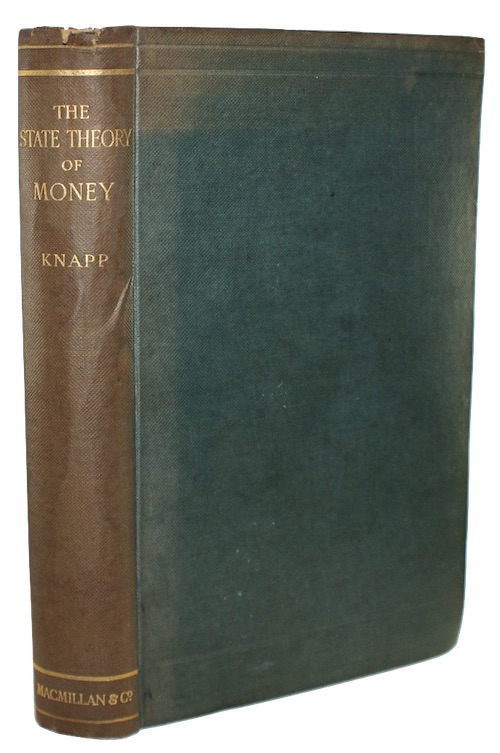 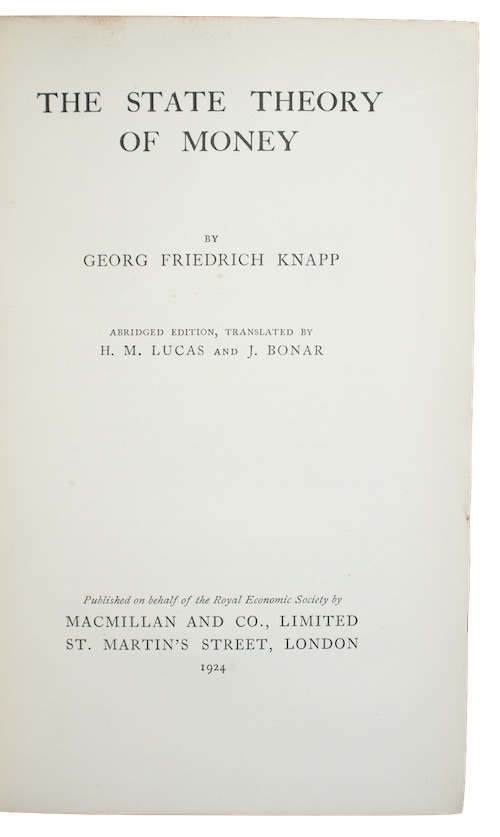 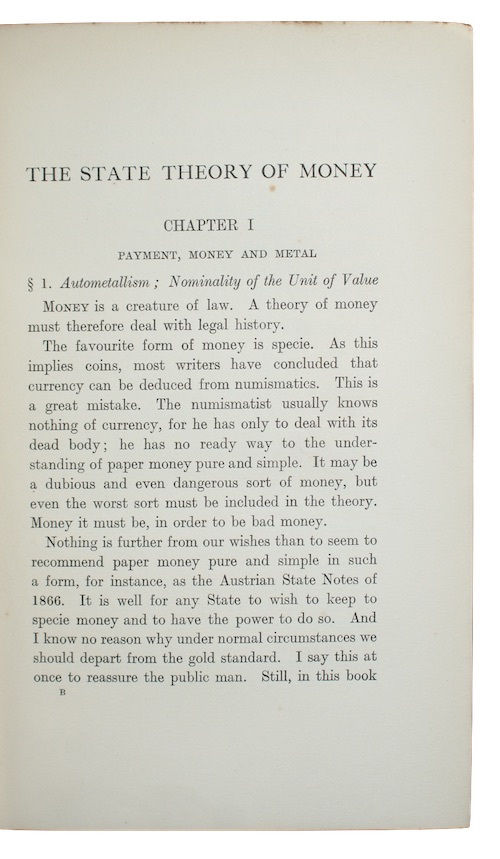 London. Macmillan and Co., Limited, 1924. First edition in English.
Call us Email us
8vo. xviii, 306pp. With half-title. Original publisher's green cloth, gilt. Rubbed, bumped, and sunned, split to head of spine. Browning to endpapers, lightly spotted. From the library, though not identified as such, of British barrister Patrick Neill, Baron Neill of Bladen (1926-2016).
The first edition in English of German economist Georg Friedrich Knapp's (1842-1926) influential treatise credited with founding the chartalist school of monetary theory. First printed in 1905, the work states that the value of currency derives not from relations of exchange, but rather from its being issued by an institutional form of government.
£ 250.00 Antiquates Ref: 16751
This site uses cookies.Find out more.