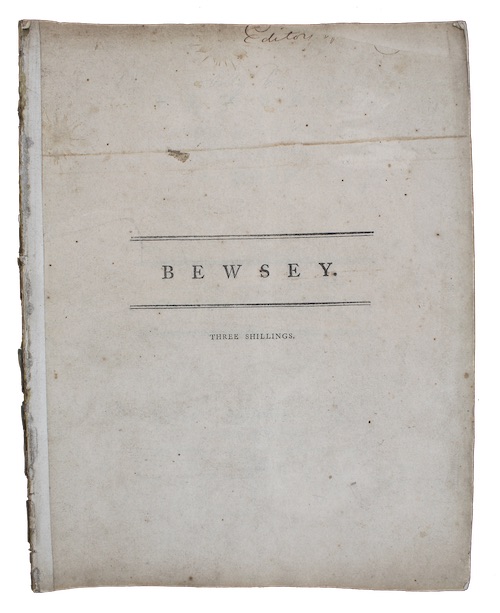 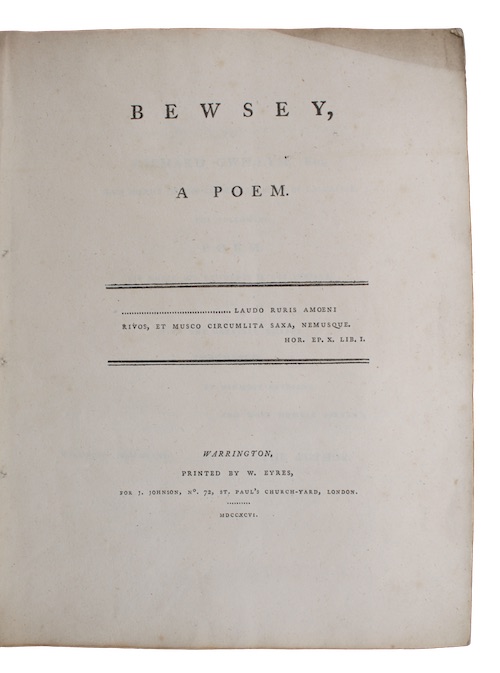 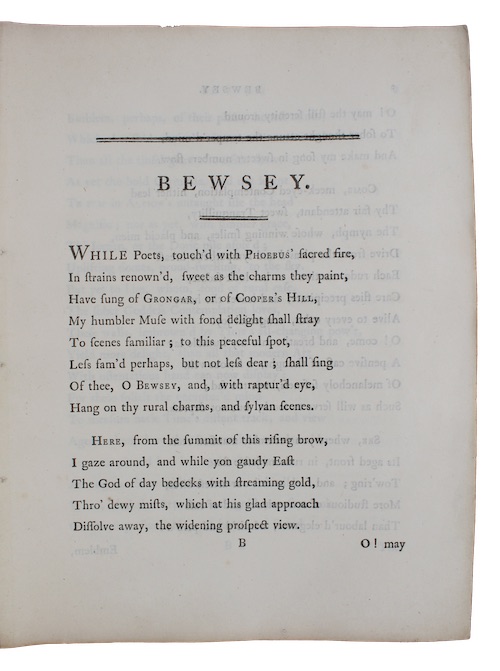 Warrington. Printed by W. Eyres, for J. Johnson, 1796. First edition.
Call us Email us
Quato. xi, [1], 32pp. Disbound. With a half-title and a list of subscribers. Half-title marked and dust-soiled, shaved to head, text-block separated into two parts.
The sole edition of John Fitchett's (1776-1838) first published work, written at the age of eighteen; with which he had considerable success. The poem reimagines a popular Lancashire ballad, the subject of which is the murder of Sir John Butler of Bewsey Hall, near Warrington in 1463 (no concrete historical evidence appears to exist that this event ever actually occurred). Fitchett devoted much of the remainder of his life to his prodigious six- volume King Alfred, a Poem (Warrington, 1808-34).