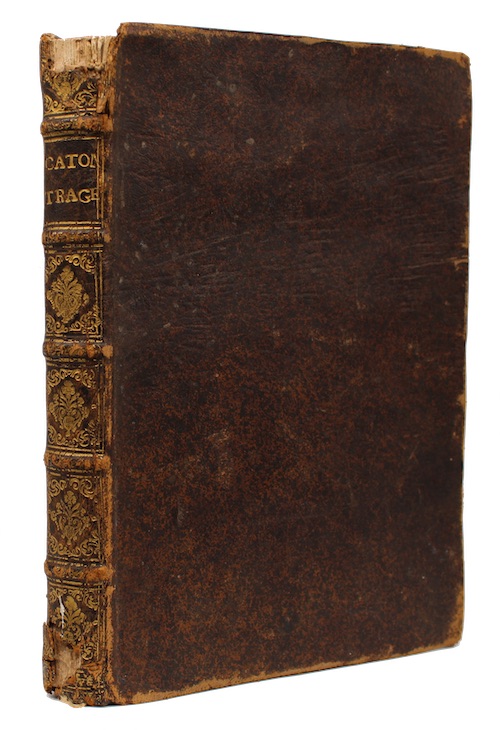 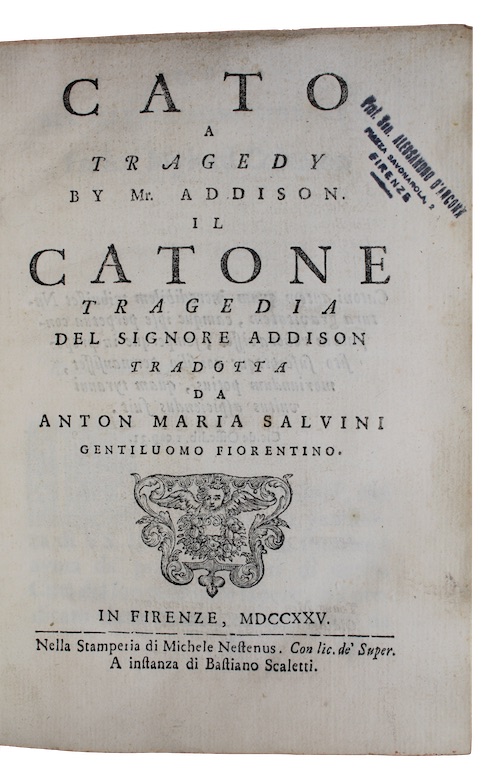 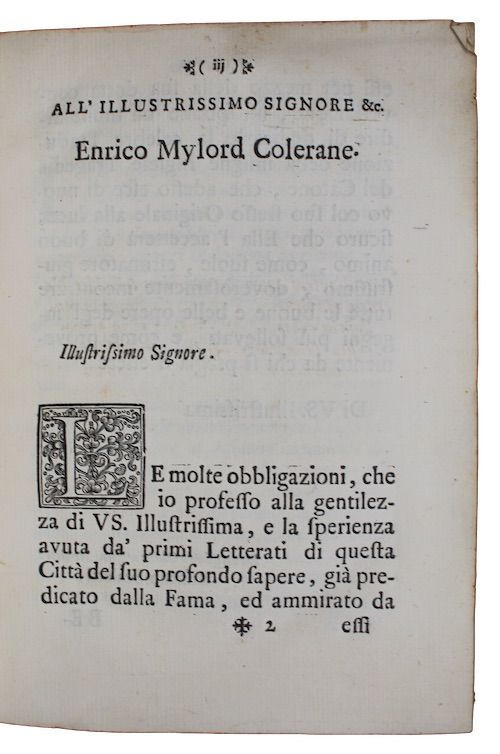 CATO IN PARALLEL ENGLISH AND ITALIAN

Praised by Voltaire and referenced by the American founding fathers, as Allardyce Nicholl noted, Cato 'probably did more than any other single drama to raise the esteem of England on the continent in the early eighteenth century'. The first Italian edition (Florence, 1715) was translated by Tuscan scholar and naturalist Anton Maria Salvini (1653-1729). This edition reprints the same Salvini text, with parallel English and Italian on opposite pages, includes the famous prologue by Alexander Pope (in both languages), but omits the epilogue by Samuel Garth.