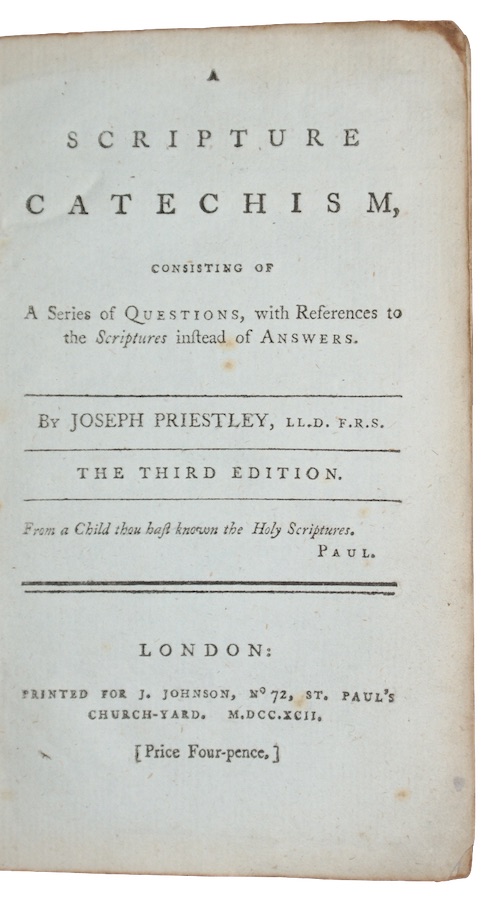 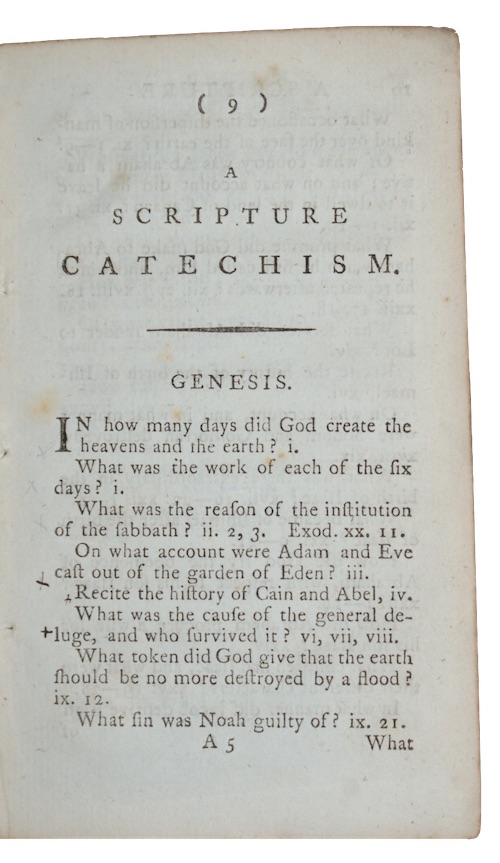 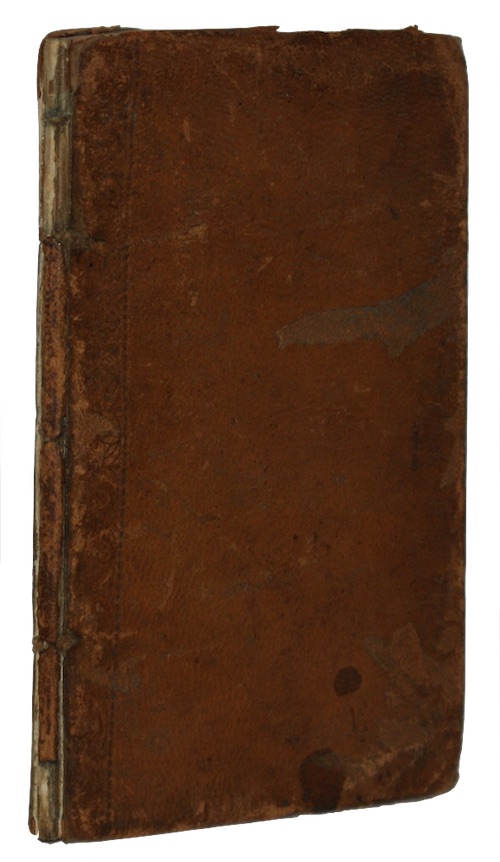 PRIESTLEY, Joseph. A scripture catechism, consisting of A Series of Questions, with References to the Scripture instead of Answers.

London. Printed for J. Johnson, 1792. Third edition.
Call us Email us
12mo. viii, 43pp, [5]. With five final pages of publisher's advertisements/ Contemporary blind-tooled sheep. Extremities worn and marked, surface loss, boards held by cords only. Contemporary ownership inscriptions to endpapers, very occasional spotting/inked corrections to text.
Joseph Priestley's primer for children on the fundamentals of Christian religion; consisting of a various questions persons and events in the Old and New Testaments, the answers to which may be discovered in the scriptures themselves. First printed in 1772, a further five editions appeared by 1816.
ESTC T160016.
£ 175.00 Antiquates Ref: 17054
This site uses cookies.Find out more.