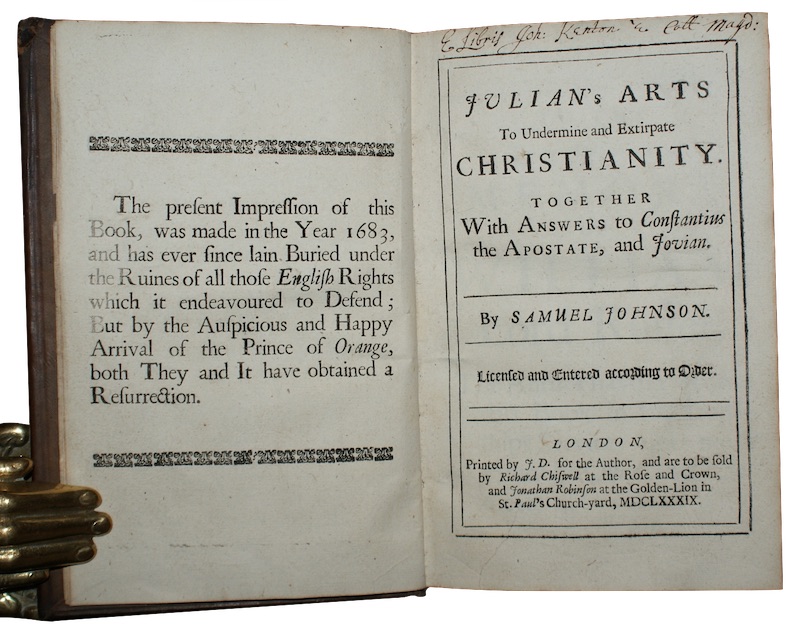 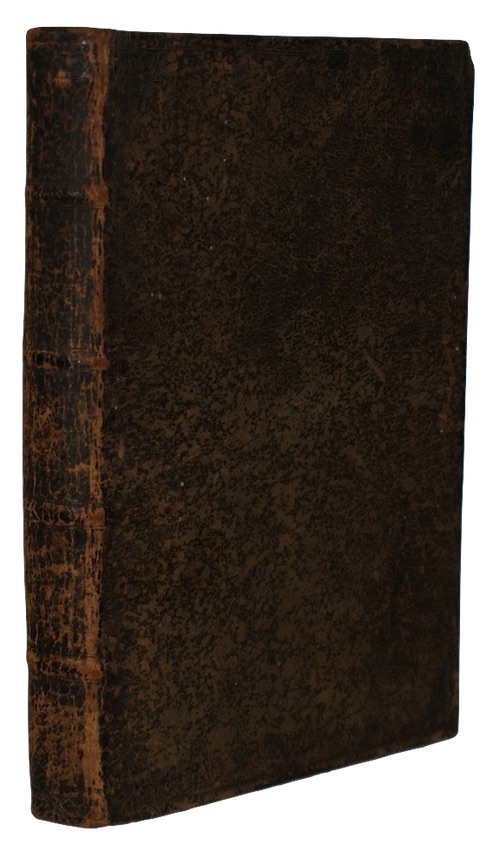 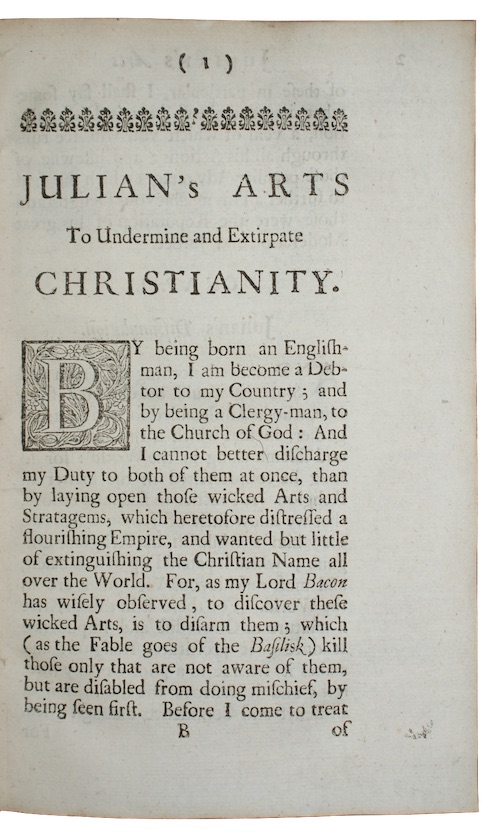 JOHNSON, Samuel. Julian's arts To Undermine and Extirpate christianity. Together With Answers to Constantius the Apostate, and Jovian.

London. Printed by J[ohn] D[arby] for the Author, 1689. First edition.
Call us Email us
8vo. [8], xv, [1], 214pp, [2]. With a half-title and a terminal errata leaf. Contemporary blind-tooled sheep. Extremities heavily worn, some surface loss to boards. Pastedowns sprung, contemporary inked ownership inscription to head of title;' E Libris Joh: Kenton e Coll Magd:', slight loss to lower corner of leaf E5, occasional light marginal dam-staining.
The first edition of Church of England clergyman Samuel Johnson's (1649-1703) vitriolic tract against the succession of the Duke of York. Written in 1683, though suppressed until the ascension of William III, the work is a companion to Johnson's 1682 political treatise Julian the Apostate that drew a parallel between heretic Roman Emperor Julian and the Catholic successor to the throne James, Duke of York - stating that as the fourth-century Christians had opposed their pagan leader, so too must the people of England reject a Popish monarch. The present work is dedicated 'to the ever glorious memory of William, Lord Russel' whom Johnson had served as chaplain prior to the former being executed following his trial as a part of the Rye House Plot to assassinate Charles II and the Duke of York.
ESTC R16198, Wing J832.
£ 150.00 Antiquates Ref: 17077
This site uses cookies.Find out more.