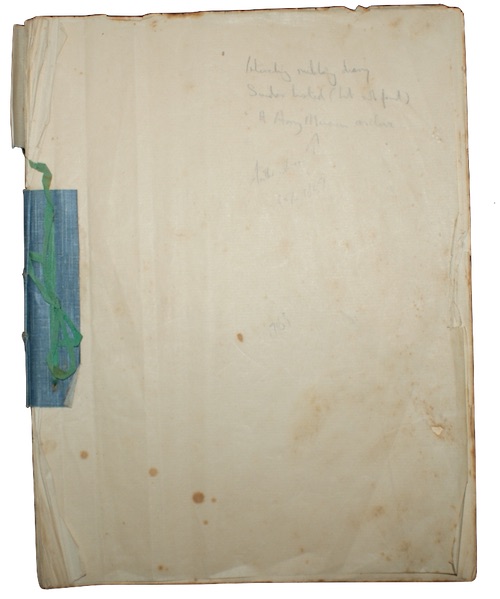 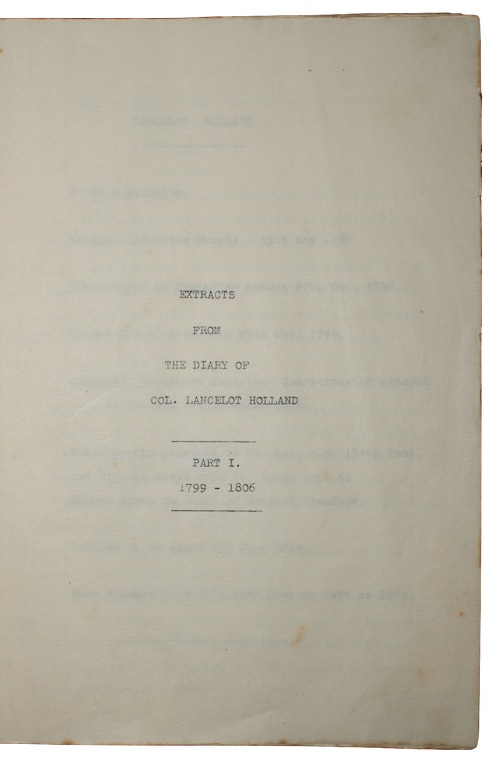 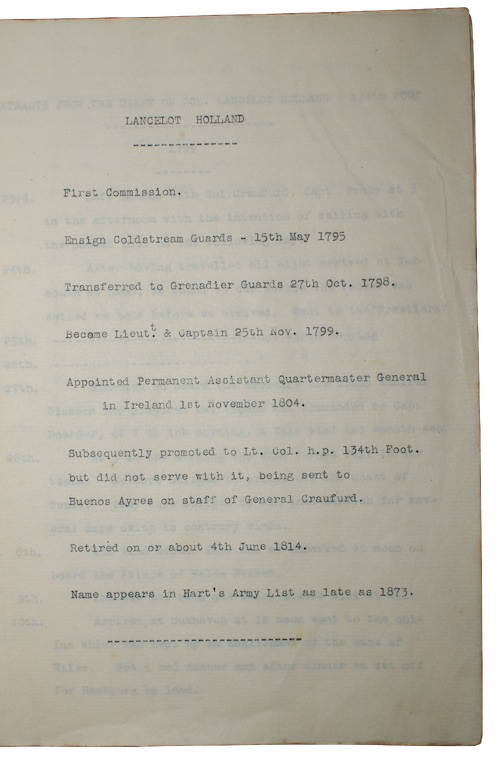 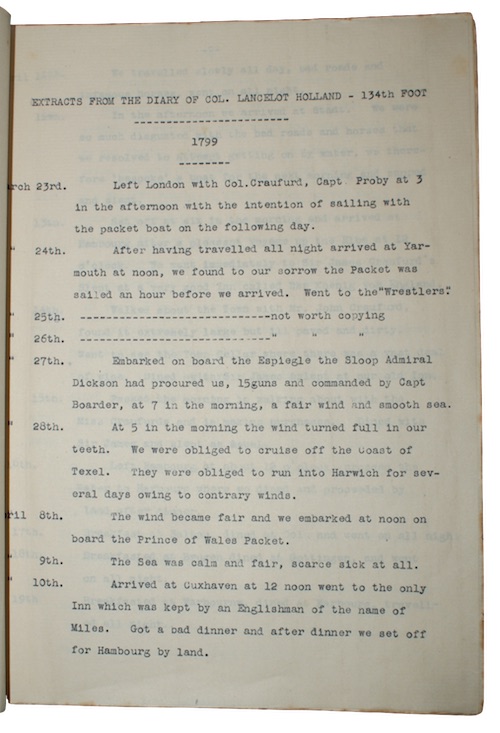 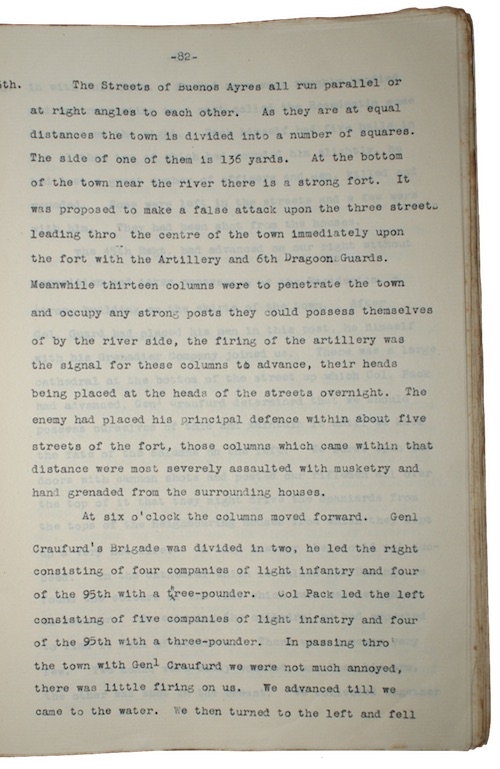 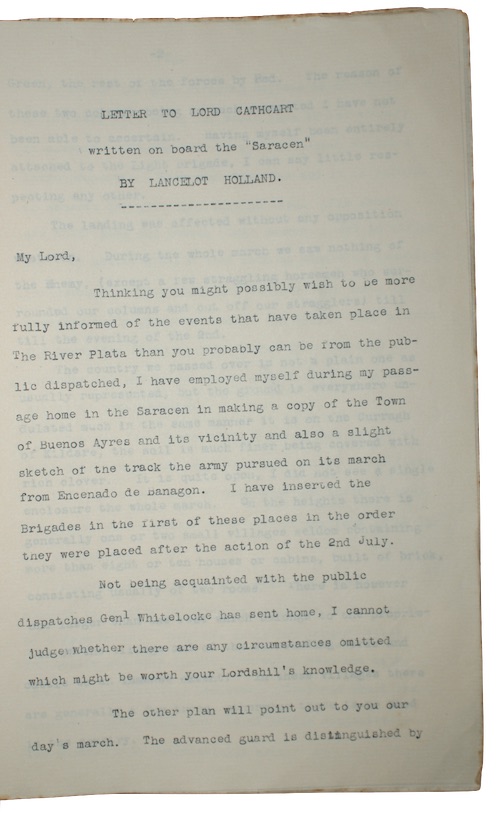 The first part concerns Holland and Craufurd's attachment in 1799 to Austrian forces at the outset of the War of the Second Coalition, prior to the first battle of Zurich at which they are present. Unfortunately the account of their time spent on the continent is truncated - ending abruptly on 28th August - owning to Holland's loss of this portion of his diary in the Elbe during his return to England in 1801. Entires for the end of 1806 follow, with Holland concerned primarily with the illness and subsequent death of his father and his engagement to Miss Charlotte Peters.

The second part of the diary records the 1807 expedition of British forces to South America during the Anglo-Spanish War (1796-1808). Craufurd, as commander of the 95th Rifle Regiment, advance upon Buenos Aires and though successful in achieving their objectives are ordered to surrender along with the reminder of the routed army. Holland, clearly dejected, notes; 'Nothing could be more mortifying than our passage through the streets amidst the rabble who had conquered us. They were very dark-skinned people, short and ill-made, covered with rags, armed with long muskets and some a sword. There was neither order nor uniformity among them.' On an agreement of a cessation of hostilities they are released and promptly embark for England.

The third and final part is a transcript of a letter by Holland, written on board the Saracen during the return voyage from South America, addressed to commander of the forces in Scotland Lord William Cathcart (1755-1843) detailing the course of the expedition so that he may be 'more fully informed of the events that have taken place in the River Plata'; there follows a precis of the defeat and their confinement.

A second transcript volume of the diary, covering 1807-1809, is held in the archives of the National Army Museum. The original manuscript of this diary is in possession of the University College London.
£ 250.00 Antiquates Ref: 17169
This site uses cookies.Find out more.