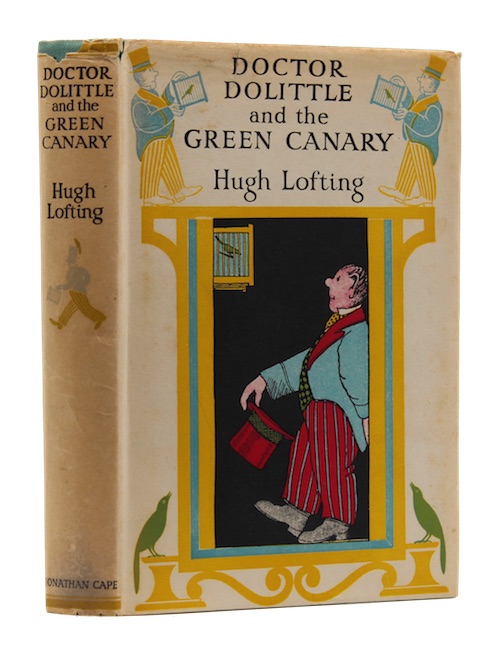 London. Published by Jonathan Cape, [1951]. First U.K. edition.
Call us Email us
8vo. 286pp. With an illustrated colour frontispiece and numerous black and white illustrations by the author in the text. Original publisher's green cloth, lettered in dark green, pictorial dustwrapper. Light shelf-wear, dustwrapper toned and edgeworn, loss to head of spine, priceclipped. Pictorial endpapers, internally clean and crisp.
The first U.K. edition of Lofting's posthumously published tale of Doctor Dolittle's companion, Pippinella the Green Canary. Much of the material had originally been printed in the Herald Tribune Syndicate in 1924; Lofting had intended to complete the story in book form, but was unable to do so prior to his death. His sister-in-law, Olga Michael, provided the first and final chapter for the first American edition printed in 1950.
£ 50.00 Antiquates Ref: 17339
This site uses cookies.Find out more.