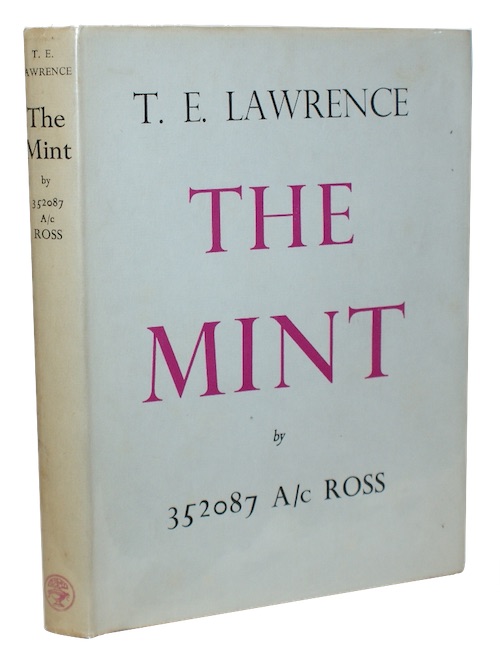 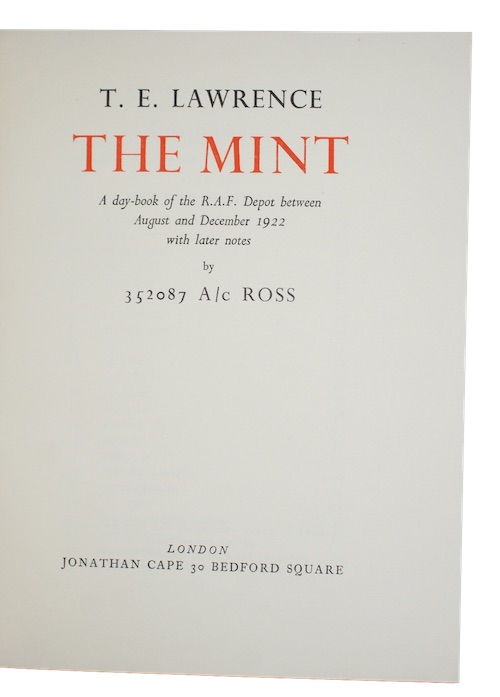 London. Jonathan Cape, 1955. First trade edition.
Call us Email us
Quarto. [2], 206pp. Original publisher's blue cloth, lettered in gilt, printed paper dustwrapper. Light shelf-wear. dustwrapper a trifle sunned and marked. Internally immaculate. A crisp copy.
A fine copy of the first trade edition of T. E. Lawrence's memoir recorded his service in the R.A.F. 'When in 1922 T. E. Lawrence enlisted in the ranks of the R.A.F. under the name of John Hulme Ross, he was in a strange physical and mental state as the result of his war experiences. Upon the discovery of his identity he was discharged, but was allowed to re-enlist two and a half years later, this time using the name of Shaw, under which he had meanwhile served in the Tank Corps. From his notes, many times re-written and revised, he constructed The Mint' Cape published 2000 limited de-luxe copies and a trade issue of the same edition which had all the objectionable words lifted out of the text.
O'Brien A 172.
£ 75.00 Antiquates Ref: 17350
This site uses cookies.Find out more.