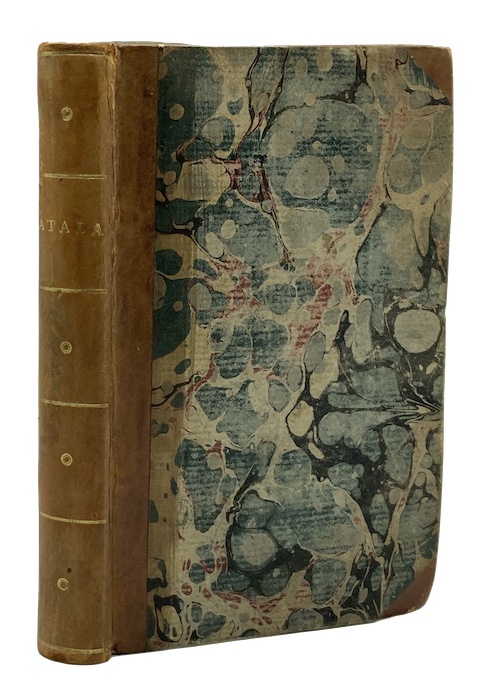 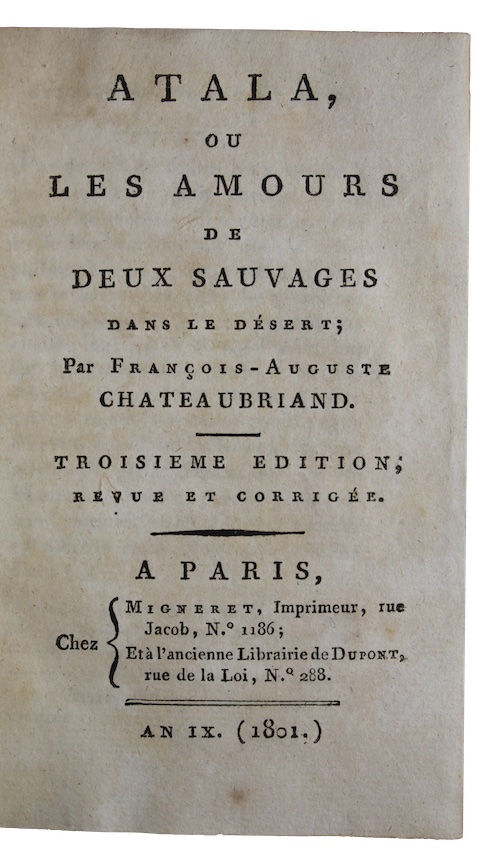 Paris. Chez Migneret, 1801. Troisieme edition [i.e. third edition].
Call us Email us
12mo. xxiv, 207pp, [1]. With a half-title. Bound by T. J. Farndell of Windsor in contemporary half-calf, marbled boards, ruled and lettered in gilt. Lightly rubbed. Binder's ticket and contemporary inked gift inscription to FEP: 'Wm. Danby / the gift of his sister / Mary Harcourt / May 1803'.
A revised edition, printed in the same year of the first, of French polymath François- Auguste Chateaubriand's (1768-1848) novella partially inspired by his travels in North America. The narrative commences with a young disillusioned Frenchman, recently betrothed to a Native American woman, requesting that the elder tribesman that adopted him relate the story of his life. Chateaubriand's innovative style had a considerable influence upon the nascent French Romantic movement. The work went through five editions in its first year. It was adapted frequently for stage, and translated into many languages.

Little is known of T. Farndell of Windsor beyond his brief tenure as bookbinder to Princess Charlotte of Wales (1796-1817).