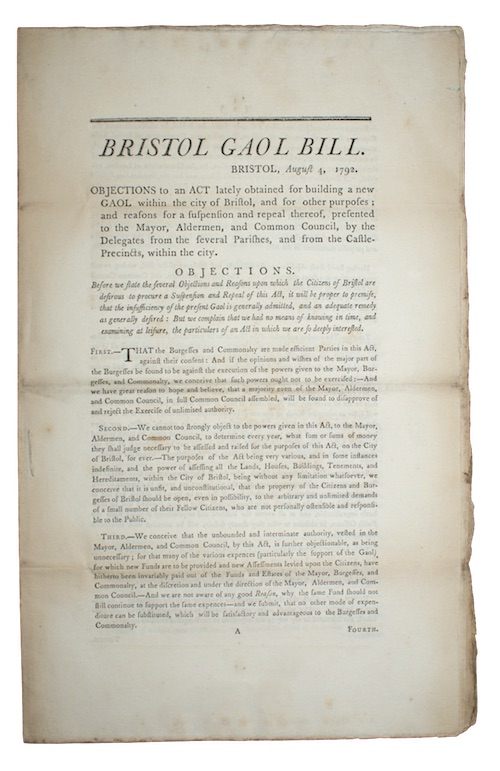 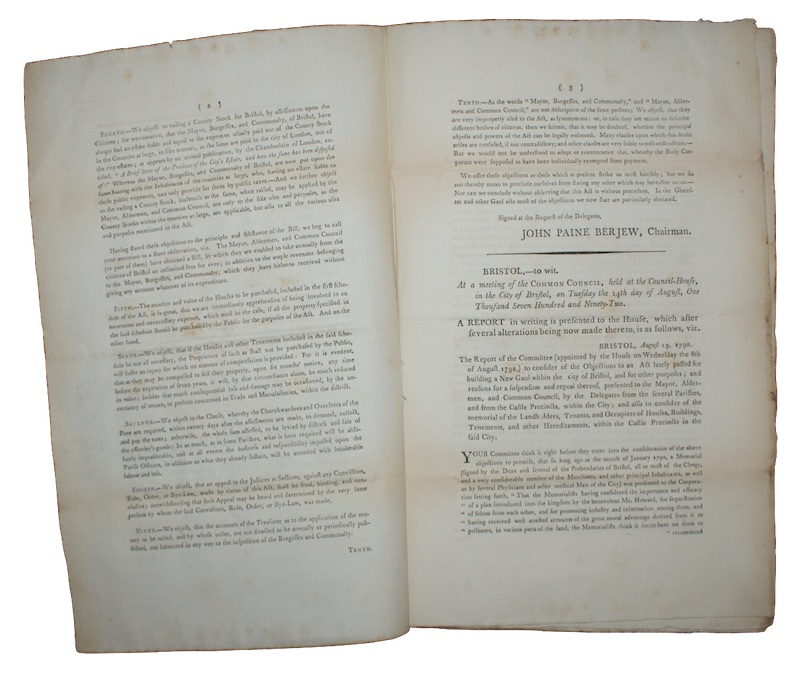 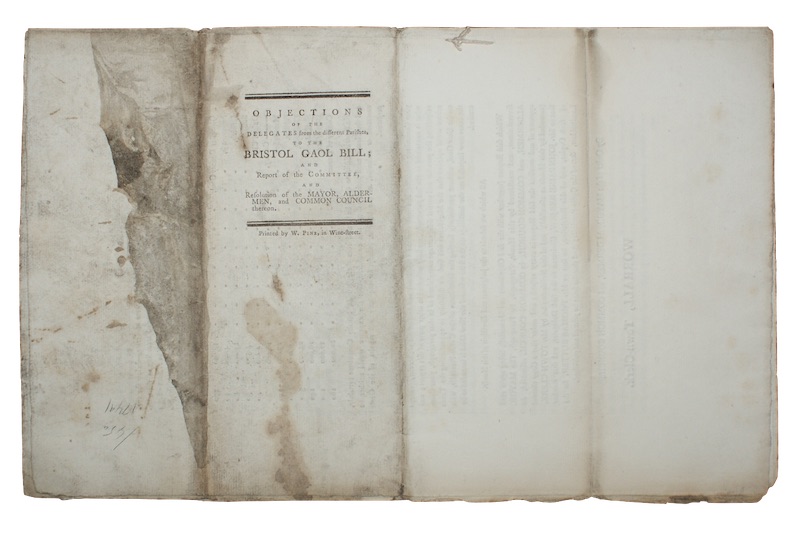 [BRISTOL GAOL]. [Drop-head title:] Bristol Gaol Bill. Bristol, August 4, 1792. Objections to an act lately obtained for building a new gaol within the city of Bristol, and for other purposes; and reasons for a suspension and repeal thereof, presented to the Mayor, Aldermen, and Common Council, by the Delegates from the several Parishes, and from the Castle-Precincts, within the city.

[Bristol]. Printed by W. Pine, [1792]. First edition.
Call us Email us
Folio. Dimensions 335 x 215mm. 9pp, [1]. Uncut, stitched as issued. With docket title printed to verso of final leaf. Three horizontal folds, later stitching to spine, substantial ink-stain to verso of final leaf.
In 1792 the Bristol Corporation obtained legal authorisation, by way of a Private Act, for building a new gaol, with provision made for council actions greatly injurious to the rights and private property of Bristol freeholders. Rushed through Parliament before sufficient opposition were able to organise, Bristol residents organised to oppose the building of any new gaol despite, as recognised here, 'that the insufficient of the present Gaol is generally admitted, and an adequate remedy...generally desired'.

The result of this opposition, explained and crystallised in this document, was a late eighteenth-century provincial fudge; the Corporation agreed to not utilise the powers granted in the 1792 Act in return for the opposition not pressing for its repeal; the result was that no new gaol, to replace the awful conditions of the existing gaol (somewhat ironically, located on the same street as this collection of objections was printed) was built until the first act was repealed and replaced by a new Act in 1816.