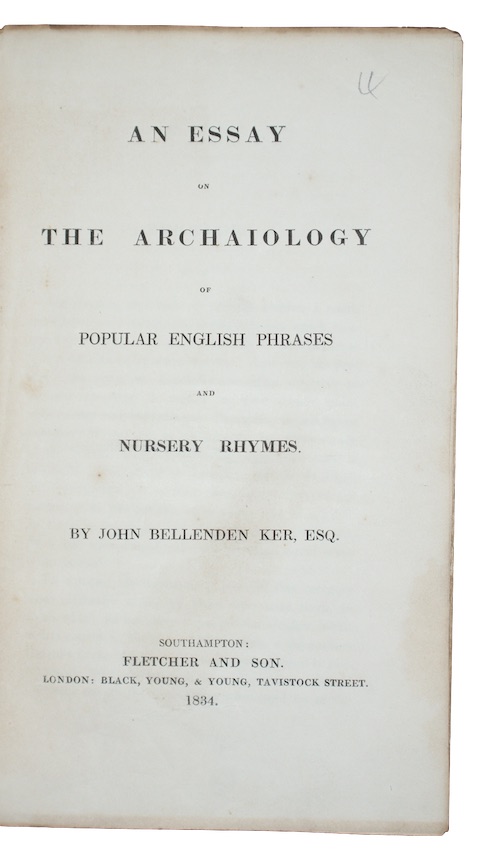 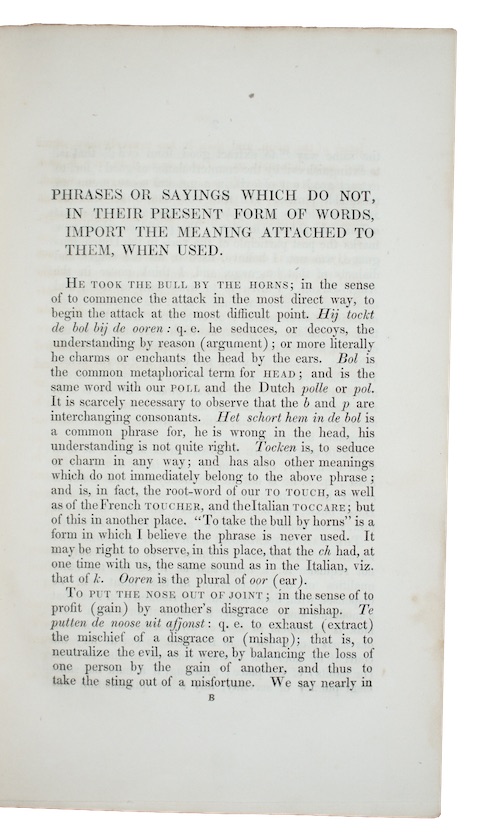 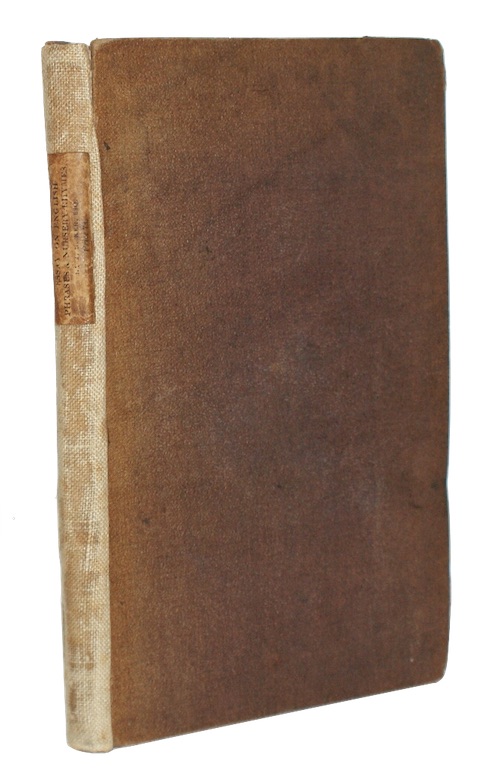 KER, John Bellenden. An essay on the archaiology of popular english phrases and nursery rhymes.

Southampton. Fletcher and Son, 1834. First edition.
Call us Email us
8vo. viii, 163pp, [1]. With a half-title. Original publisher's brown buckram boards, later naively rebacked preserving original publisher's printed paper lettering-piece. Extremities rubbed, splitting to joints. Occasional light spotting.
The first edition of an authoritative treatise on the derivation of popular English language phrases and rhymes - with particular emphasis placed on those word forms that no longer convey their original intended meaning. The section on nursery rhymes is especially intriguing as it pairs the contemporary versions of popular rhymes with approximations of their original Anglo-/Low-Saxon composition, as the author states; 'The translations, in the modern form of our language, having neither the metre nor the poignancy of the originals, appear flat and comparatively insipid.' The work, a departure from the norm for John Bellenden Ker (1764-1842) whose only other published efforts were articles on botany, found enough public interest to warrant the printing of two further editions and a supplement.
£ 200.00 Antiquates Ref: 17564
This site uses cookies.Find out more.