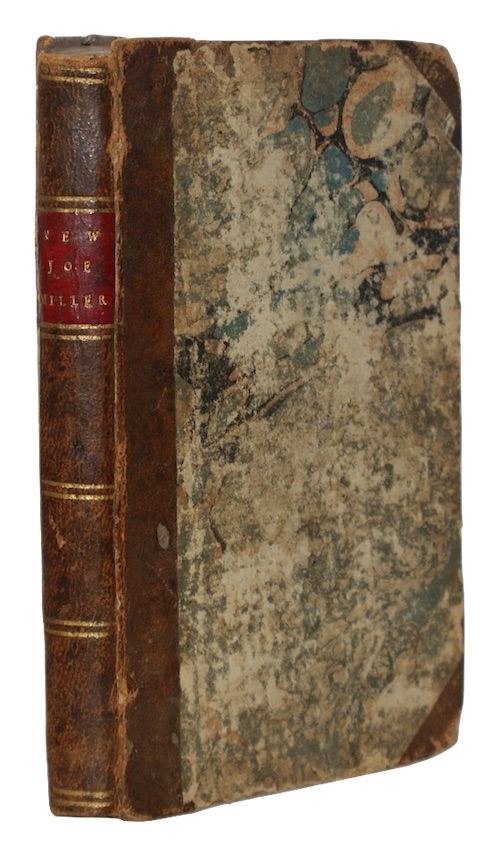 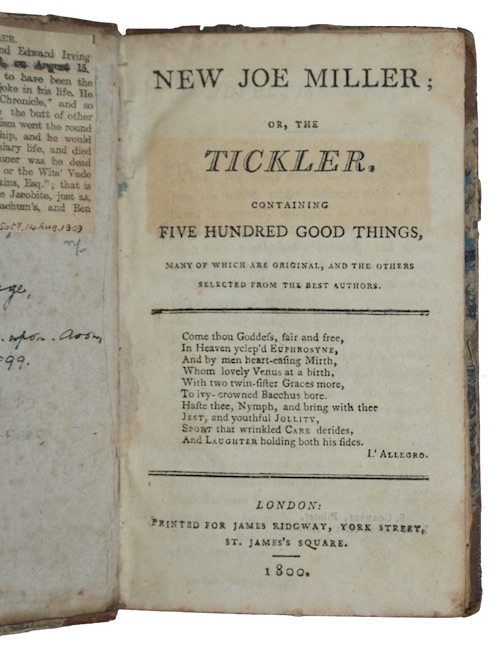 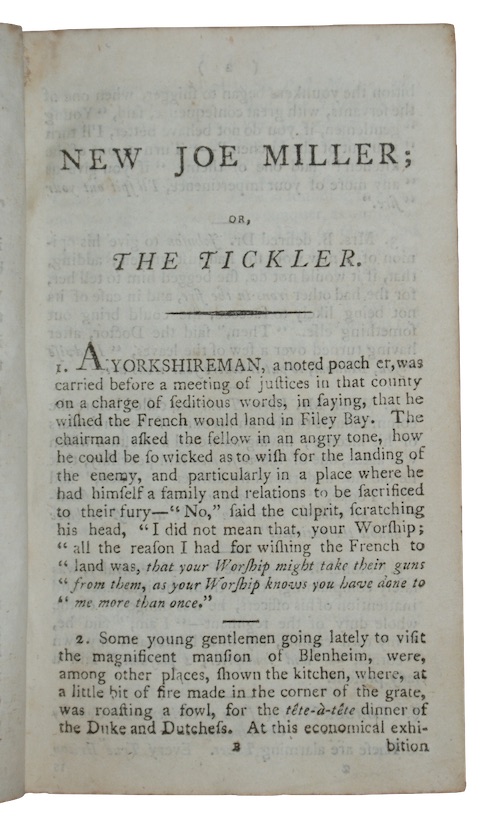 [EPIGRAMS]. New joe miller; or, the tickler, containing five hundred good things, many of which are original, and the others selected from the best authors.

London. Printed [by S. Gosnell] for James Ridgway, 1800. First edition.
Call us Email us
12mo. [4], 212pp. Contemporary half-calf, marbled boards, contrasting red morocco lettering-piece. Extremities worn, joints split, loss to head and foot of spine, some surface loss to boards. Late nineteenth-century inked ownership inscription and twentieth-century newspaper clipping to FEP, without front free-endpaper, offsetting to title-page, occasional loss/chipping to upper margins.
The first edition of a ‘new’ compilation of witticisms edited by James Bannantine; the majority original, with others selected from published (unattributed) authors. The eponymous Joe Miller (1684-1738), English actor, first became associated with anthologies of epigrams with the publication of Joe Miller's Jests: or, the wits vade-mecum (London, 1739), compiled by John Mottley (1692-1750) under the pseudonym of Elijah Jenkins. The immense popularity of the work led to the emergence of many imitators throughout the latter half of the eighteenth-century and the continued use of Miller's name regardless of whether they possessed any actual association to the man.

ESTC lists several editions appearing in 1800; all are rare, with the same database locating only two copies of this first edition, at BL and Folger.
ESTC T94584.
£ 250.00 Antiquates Ref: 17572
This site uses cookies.Find out more.