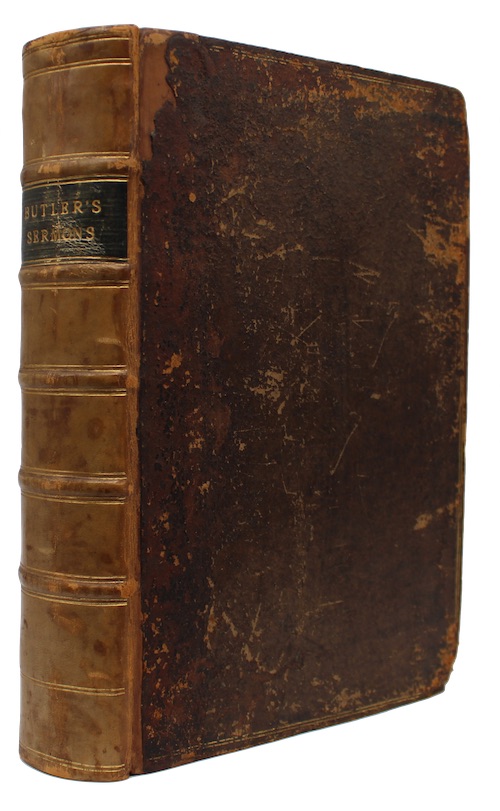 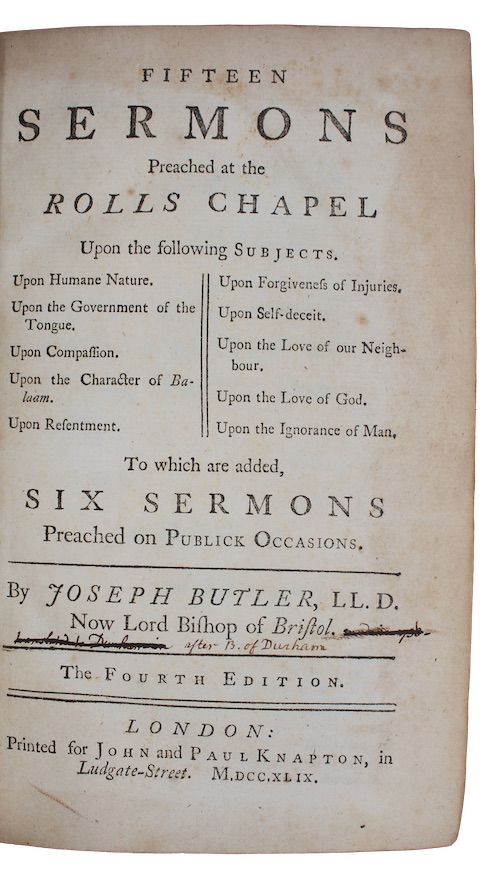 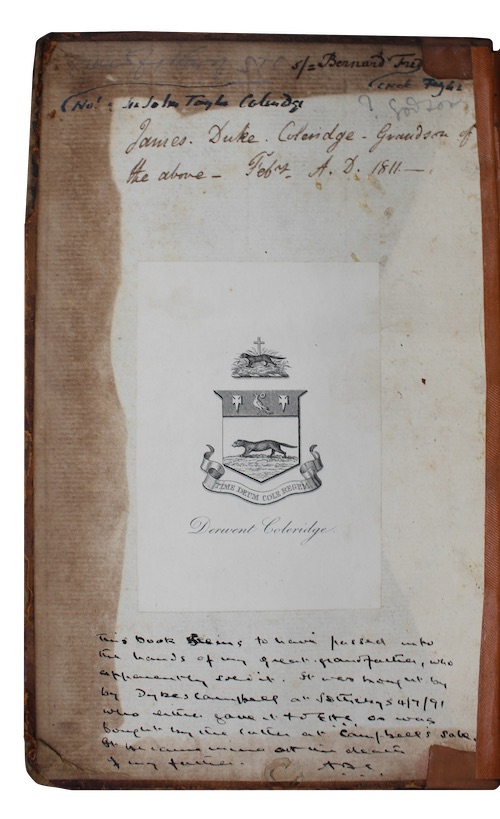 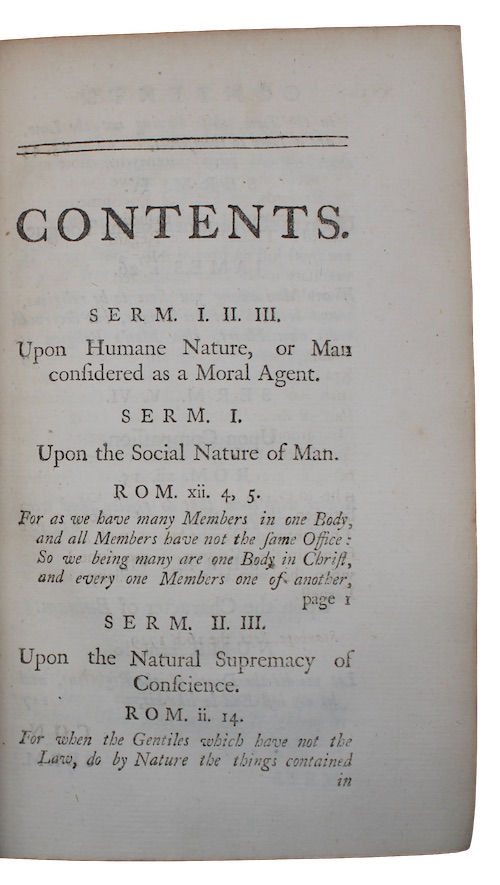 London. Printed for John and Paul Knapton, 1749. Fourth edition.
Call us Email us
8vo. [4], xxxiv, [6], 480, [2]. With a final leaf of publisher's advertisements. Contemporary calf, later rebacked, later contrasting black morocco lettering-piece. Boards heavily rubbed. Very occasional light spotting, inked annotation to title page. Armorial bookplate of Derwent Coleridge, inked inscriptions Sir John Taylor Coleridge and James Duke Coleridge, and later inked annotation to FEP.
A Coleridge family copy of an early edition of the collected sermons of theologian, Joseph Butler (1692-1752) delivered during his tenure as preacher at the Rolls Chapel, London. Butler had been appointed to the position by whig MP and master of the rolls, Sir Joseph Jekyll, to whom the book is dedicated. Widely considered to be one the most significant ethical works of the eighteenth century, Fifteen Sermons ably demonstrates Butler's unorthodox approach to theology, notably in his analysis of human nature - propounding that virtue derives from nature, whereas vice deviates from it. However in the preface added to the 1729 second edition Butler notes that the sermons were selected simply to represent his time preaching at the chapel, and not collected to form an argument for any specific theory.