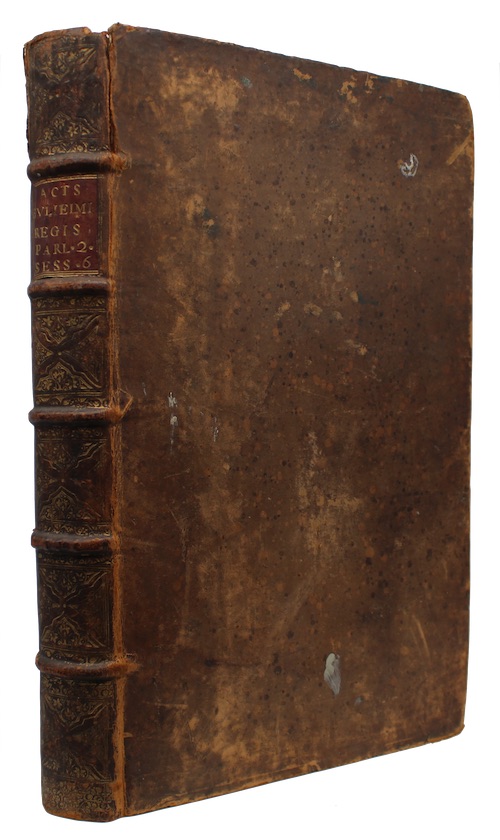 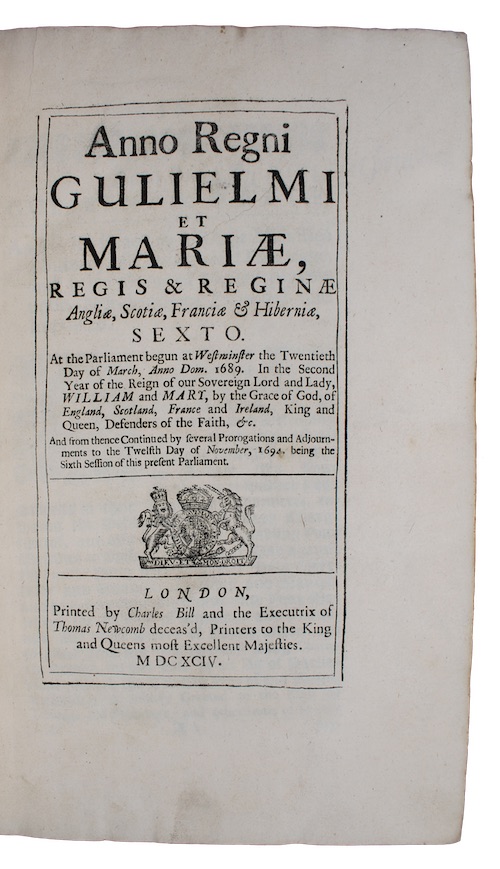 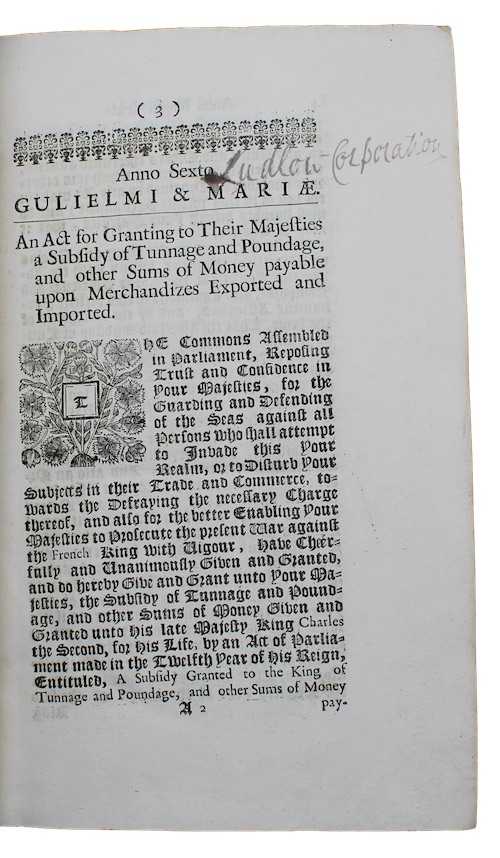 TAXING TEA, COFFEE AND SPICES TO PAY FOR REDUCING IRELAND

London. Printed by Charles Bill and the Executrix of Thomas Newcomb deceas'd, Printers to the King and Queens most Excellent Majesties, 1694 [i.e. 1695]
Call us Email us
Folio. 238, [2], 243-326, [2], 331-346, [2], 351-378, [2], 383-474, [2], 479-515pp, [5]. Complete despite erratic pagination. Title from title page of first statute. Each act has its own general title page; the imprint date is given as 1694 for the first four statutes and the regnal year is given as 'sexto'; the rest of the statutes are dated 1695 and have regnal years 'sexto & septimo'. The first two acts are under William and Mary, the remaining acts under William alone. Acts c.3 and c.4 are dated according to Lady Day dating. With two final contents leaves bearing tables of the public and private acts passed in the 1694-1695 session of Parliament; the tables are preceded by a blank leaf. Contemporary gilt-tooled calf, contrasting red morocco lettering-piece. Heavily rubbed, some splitting to joints, chipping to head of spine. Loss to lower corner of leaf S2, occasional spotting/dust-soiling, very occasional manuscript annotations to margins, small worm-hole to upper corner throughout the majority of text-block.
The collected 49 private and public general acts issued in 1694 and 1695, the sixth and seventh regnal years of William III; including 'An Act for Granting to His Majesty several Additional Duties upon Coffee, Tea, Chocolate and Spices, towards Satisfaction of the Debts due for Transport Service for the Reduction of Ireland' and 'An Act for the more Effectual Suppressing Prophane Cursing and Swearing'.