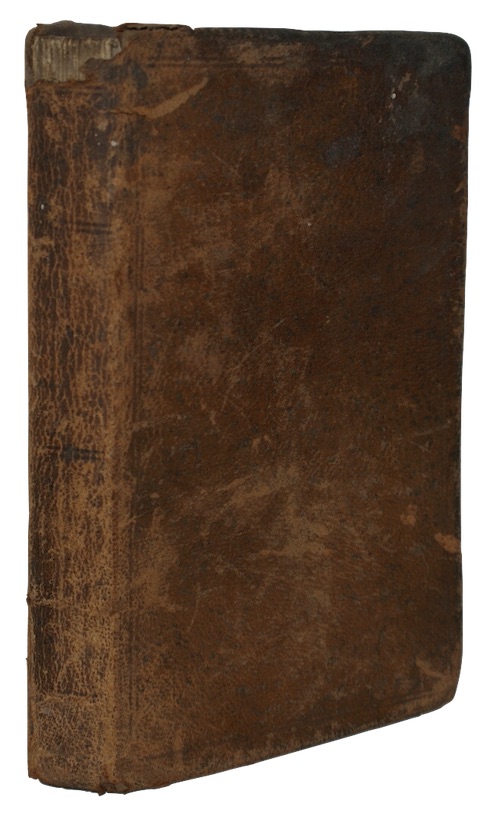 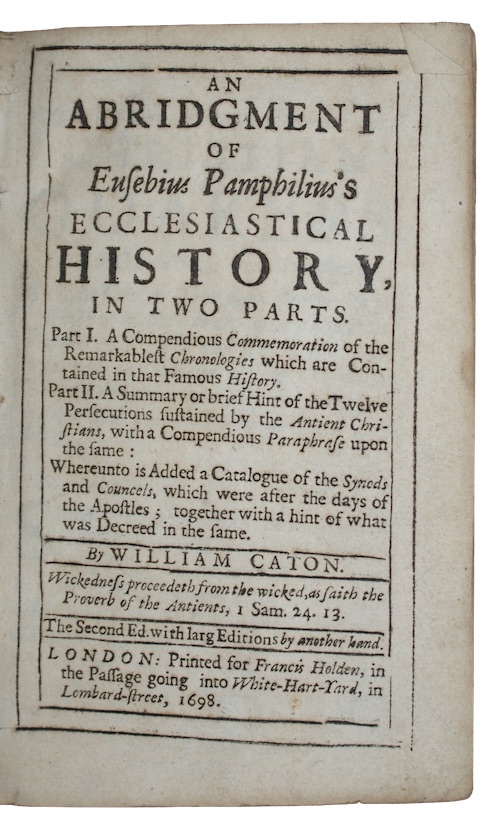 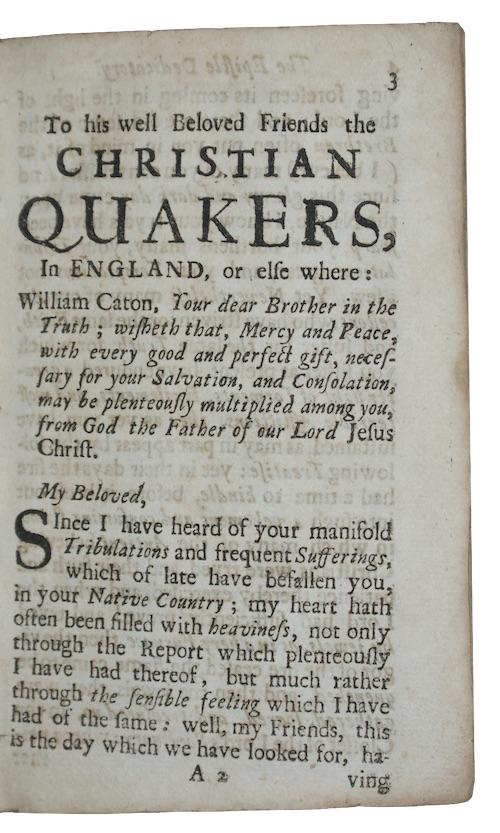 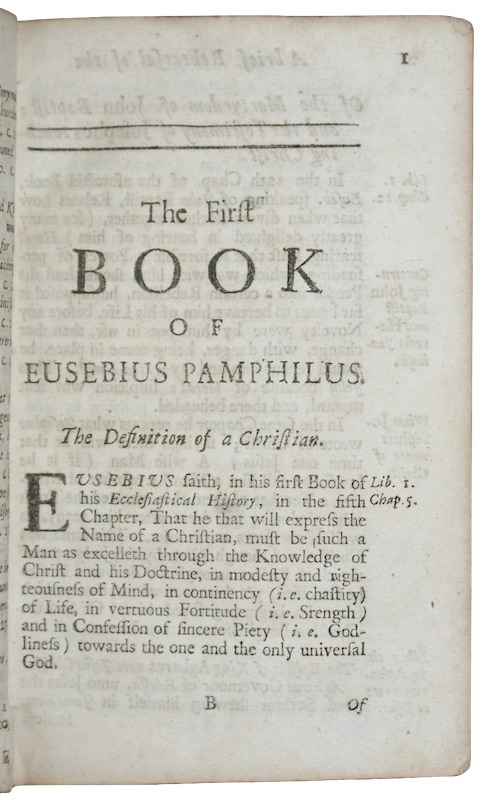 London. Printed for Francis Holden, 1698. Second edition.
Call us Email us
8vo. 32, [4], 95, 94-210, 111-130pp, [10]. With five terminal advertisement leaves. Contemporary blind-ruled sheep. Extremities worn, loss to head and foot of spine. Pastedowns sprung, early eighteenth-century inked ownership inscriptions of James and Joseph Steevens to front and rear endpapers, slight loss to lower corner of leaf a7, a trifle toned.
English Quaker preacher William Caton's (1636-1665) synopsis of Eusebius' pioneering Ecclesiastical History - a chronology of the Christian Church from the 1st to the 4th centuries. First printed at Rotterdam in 1661, Caton's work was an effort to parallel the sufferings of early Christians and the contemporary persecution of Quakers. In the same year in which the work was first published Caton toured Germany where he met with the elector palatine Charles Lewis at Heidelburg over the issue of religious toleration before travelling to Frankfurt where, seemingly in accordance with his views regarding bigotry, he was brutally attacked by Catholic priests.
ESTC R1923, Wing E3420.
£ 375.00 Antiquates Ref: 18063
This site uses cookies.Find out more.