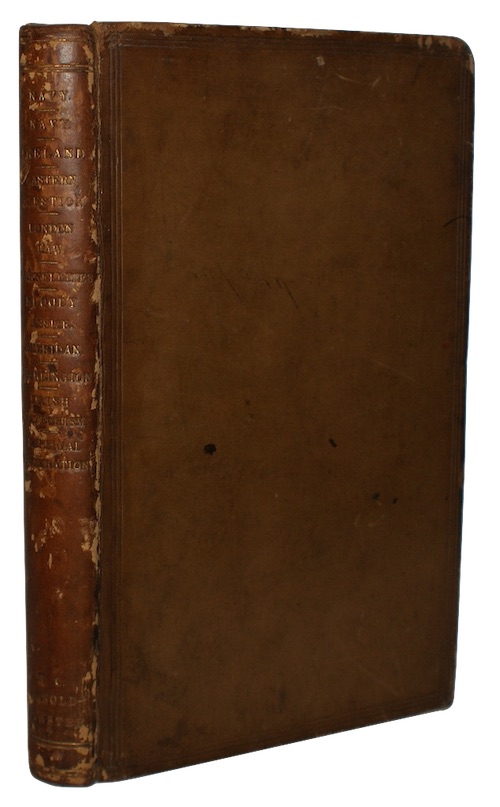 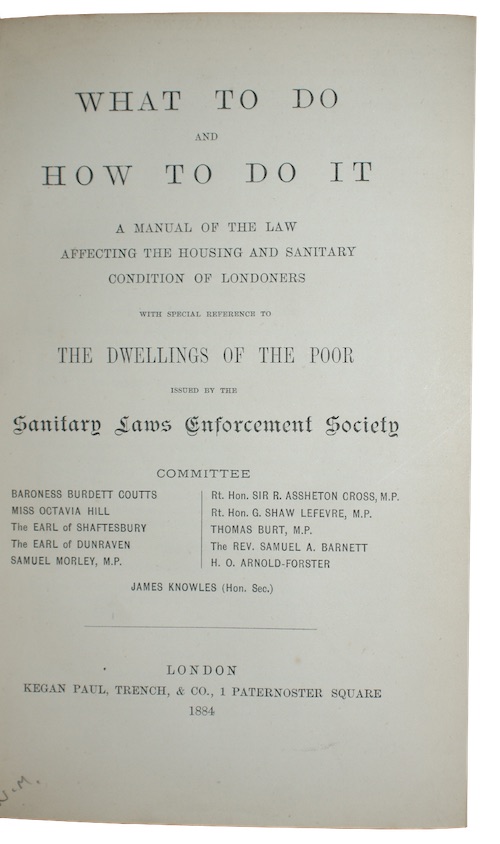 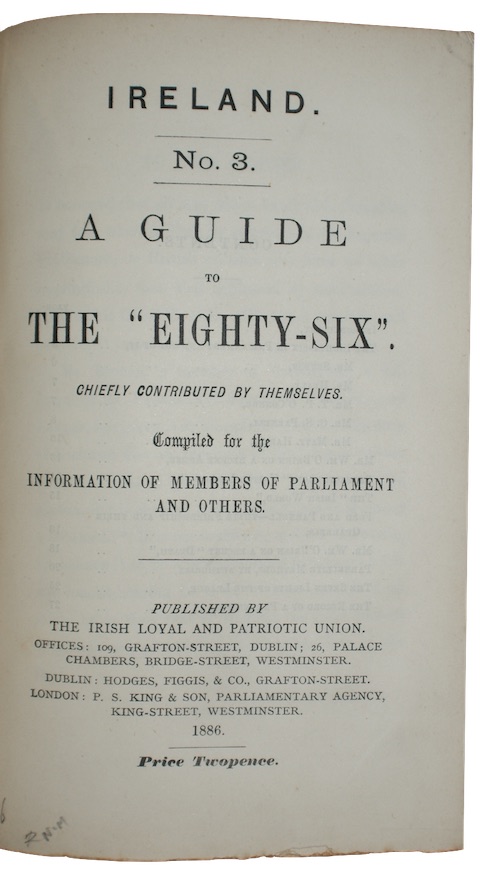 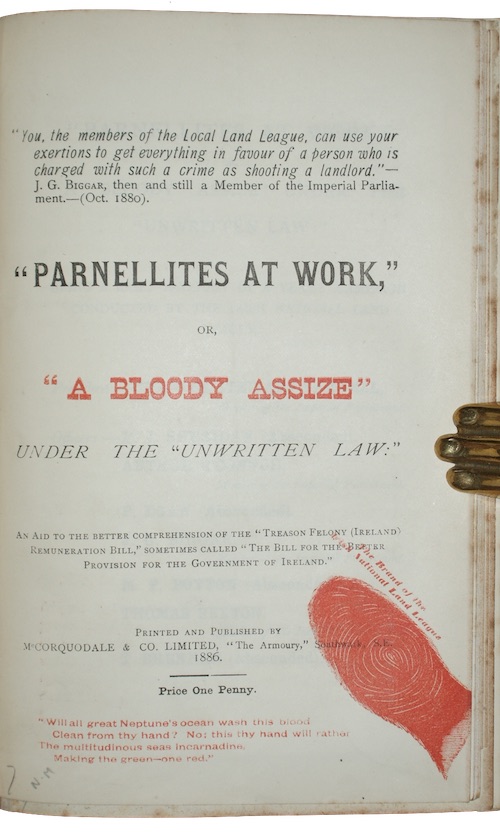 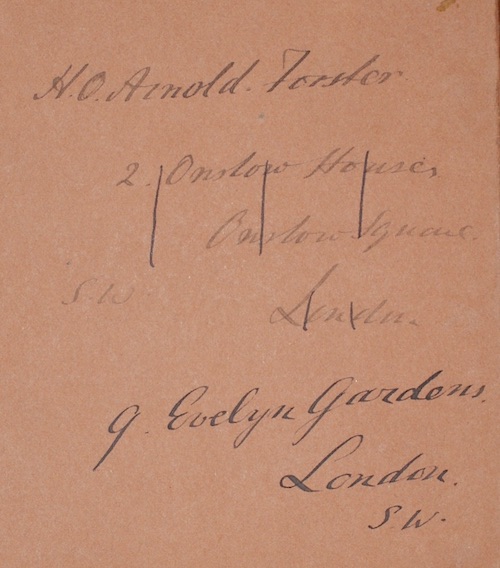 [POLITICS]. [A sammelband of pamphlets and articles by H.O. Arnold-Forster].

[1884-1886]
Call us Email us
8vo and quarto. Contemporary blind-ruled calf, lettered in gilt. Extremities rubbed. Very occasional light spotting, inked ownership inscription of H. O. Arnold-Forster to FEP.
A sammelband of 11 late nineteenth-century political pamphlets and periodical articles by, or partly by, British politician and writer Hugh Oakeley Arnold-Foster (1855-1909); Secretary of State for War from 1903 to 1905 in Balfour's Conservative government, Liberal Unionist MP for West Belfast between 1892 and 1906.

The collection, of the author's own copies, includes What to do and how to do it: a manual of the law affecting the housing and sanitary condition of Londoners, with special reference to the dwellings of the poor... (London, 1884), and "Parnellites at work," or, "a bloody assize" under the "unwritten Law:" being a brief account of a year's campaign conducted by the Irish National Land League (London, 1886).
£ 650.00 Antiquates Ref: 18082
This site uses cookies.Find out more.