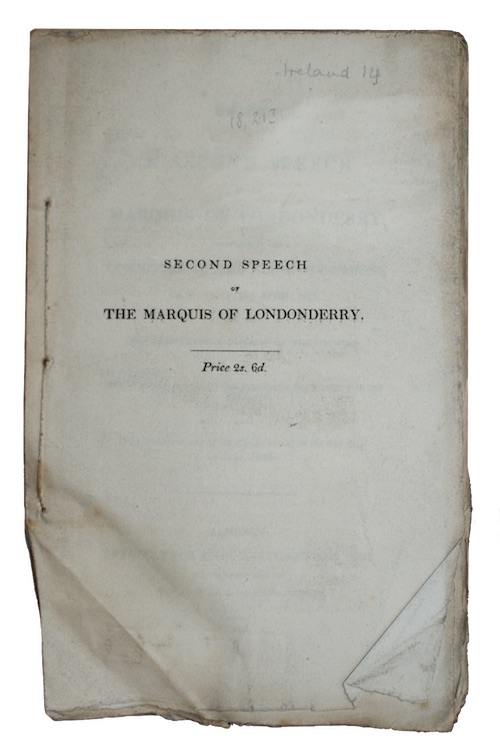 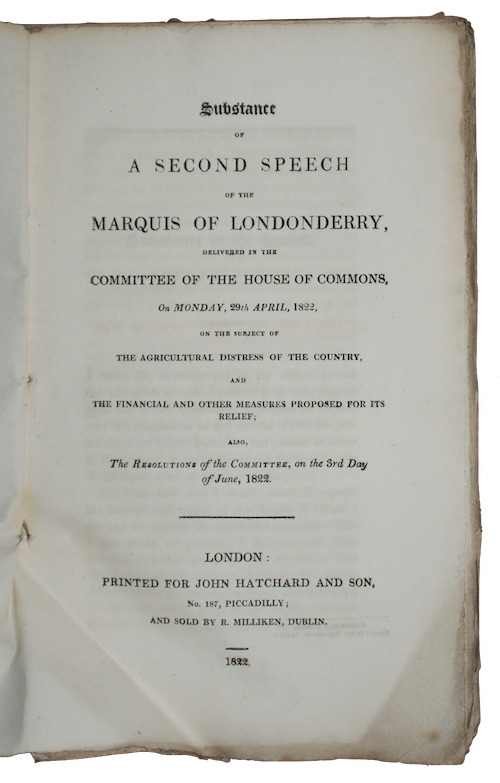 CASTLEREAGH, Robert Stewart, Viscount. Substance of a second speech of the marquis of londonderry...on the subject of the agricultural distress of the country, and the financial and other measures proposed for its relief...

London. Printed for John Hatchard and Son, 1822. First edition.
Call us Email us
8vo. 78pp, [2]. With half-title and a terminal advertisement leaf. Unopened, stitched, as issued. Creased, lightly spotted, dust-soiling to margins. Author's own copy, from the recently dispersed library of Newbattle Abbey - though not identified as such.
Robert Stewart Viscount Castlereagh, second marquess of Londonderry (1769-1822) own copy of his address to delivered before the House of Commons on 29th April 1822 disclaiming government responsibility for the economic turmoil of the agricultural industry and proposing practicable methods for their financial relief.
£ 200.00 Antiquates Ref: 18213
This site uses cookies.Find out more.