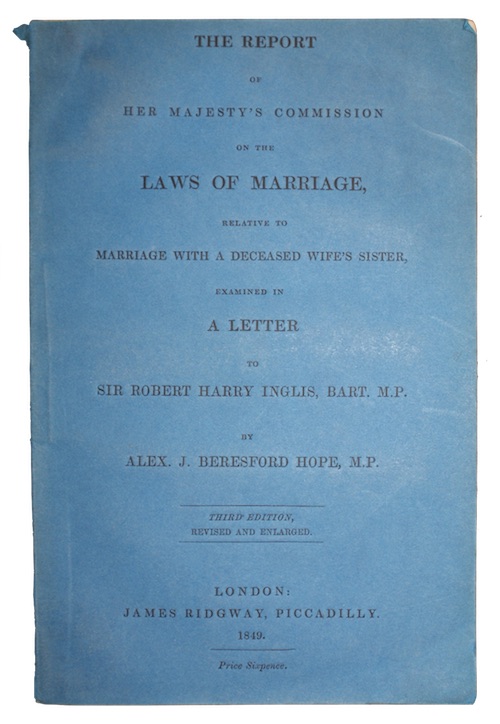 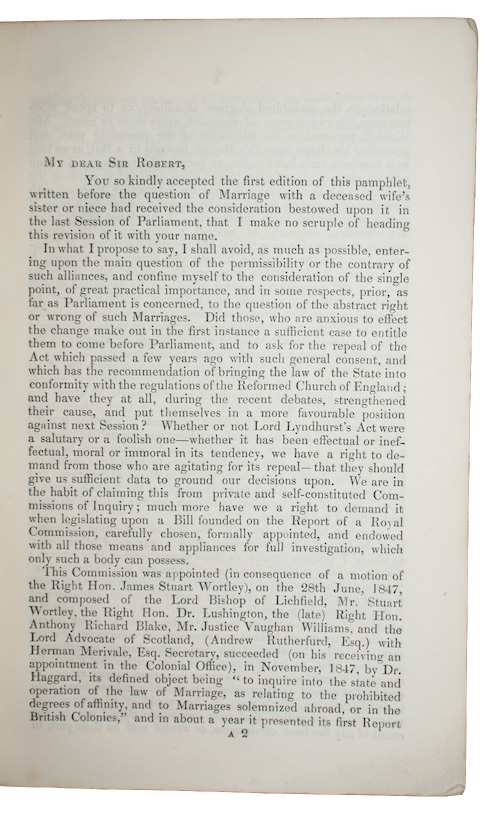 HOPE, Alex. J. Beresford. The report of her majesty's commission on the laws of marriage, relative to marriage with a deceased wife's sister, examined in a letter to sir robert harry inglis, bart. m.p..

London. James Ridgway, 1849. Third edition, revised and enlarged.
Call us Email us
8vo. 94pp, [2]. With a terminal advertisement leaf. Original publisher's blue printed paper wrappers. Slight chipping to head of spine. Internally clean and crisp.
A revised and extended edition of a long-form letter by politician Alexander Beresford Beresford Hope (1820-1887) addressed to fellow conservative Sir Robert Harry Inglis (1786-1855) regarding an 1847 parliamentary report into the moral and legal implications of allowing a widower to wed the sister or niece of his deceased wife. The practice was permitted on the Continent and in America, as such Hope argued that any relaxation regarding the law towards relationships of affinity would promote unwelcome foreign values and undermine superiority and purity of English matrimonial status.
£ 175.00 Antiquates Ref: 18222
This site uses cookies.Find out more.