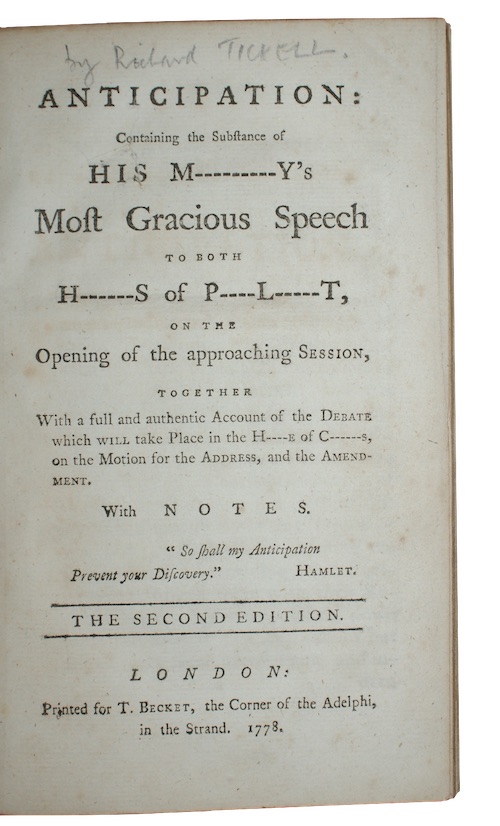 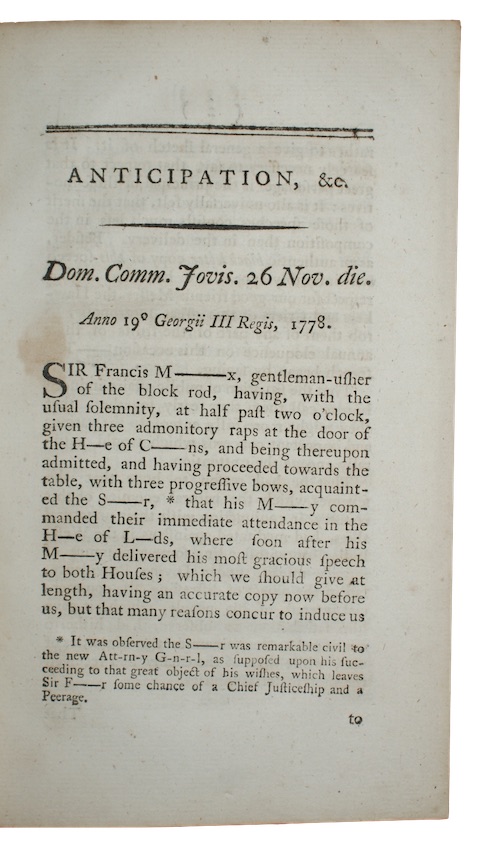 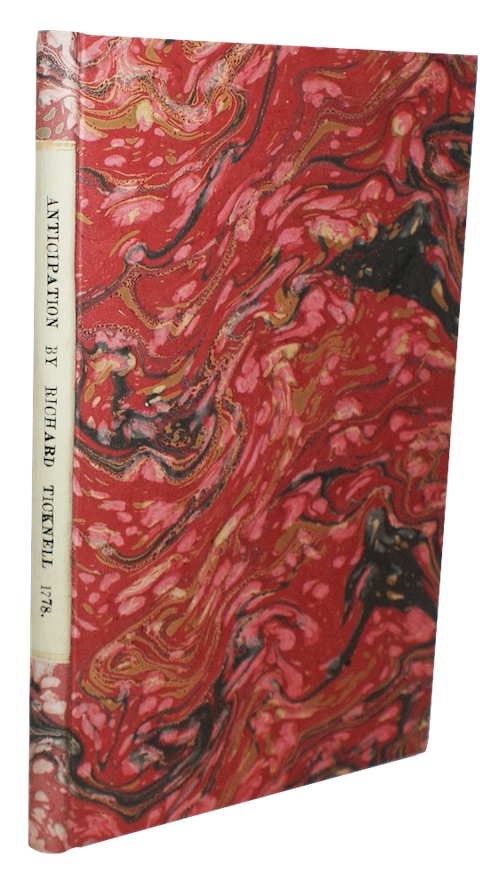 [TICKELL, Richard]. Anticipation: Containing the Substance of His M---------y's Most Gracious Speech to both H------s of P----l-----t, on the Opening of the approaching session, together With a full and authentic account of the debate which will take Place in the H----e of C------s, on the Motion for the Address, and the Amendment. With notes.

London. Printed for T. Becket, 1778. Second edition.
Call us Email us
8vo. vi, [2], 74pp. With a half-title. Recent marbled paper boards, printed paper lettering-piece. Slightest of rubbed to extremities. Very small hole to margin of leaf K4, slight loss to margin of L1, lightly spotted.
The anonymous work of playwright Richard Tickell (1751-1793), Anticipation satirises the parliamentary session due to be held on 26th November 1778. Tickell was purportedly concerned about the pamphlet's reception until learning that the house had been in hysterics when Member of Parliament Isaac Barre, who had not read the work, employed phrases which had been attributed to him in it. The Parliamentary History of England (1814) would however suggest that this is erroneous, given Barre's speech as recorded in no way resembles the fictional version. Tickell takes particular delight in mocking parliament's dealings with America during the Revolutionary War and the continuing controversy as to how the conflict ought to be handled. The work found immense popularity, indeed the prince of Wales applauded Tickell's efforts - nine editions appeared throughout 1778.
£ 75.00 Antiquates Ref: 18388
This site uses cookies.Find out more.