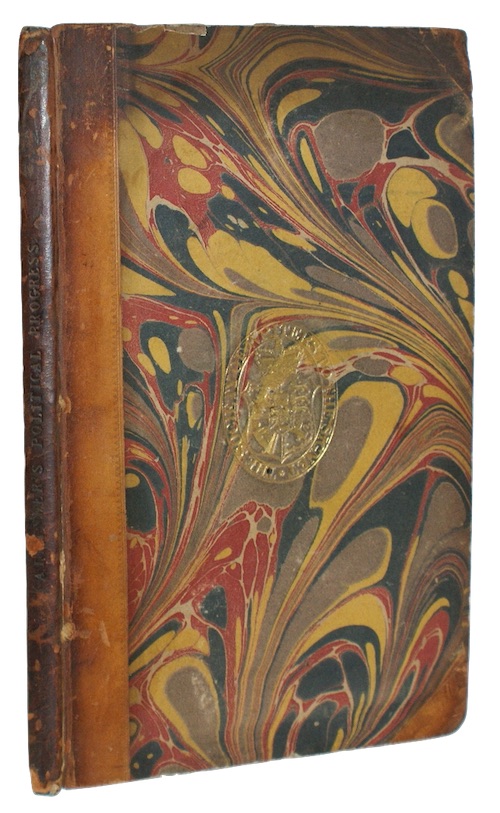 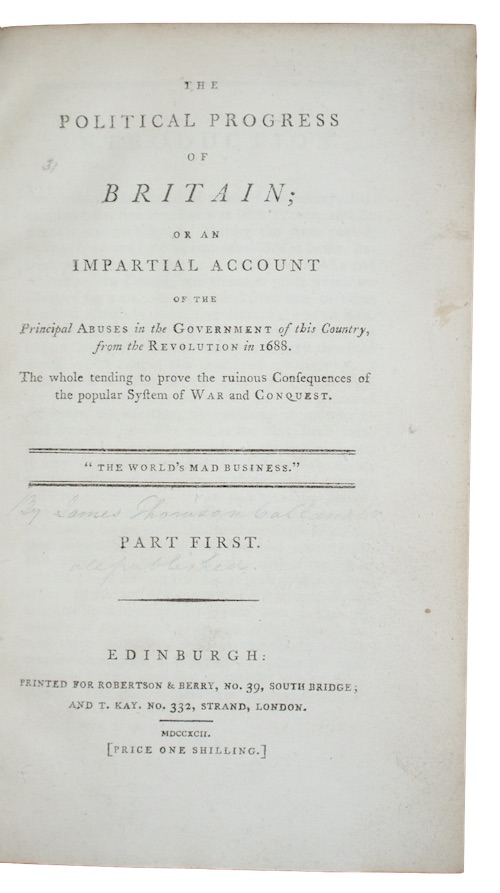 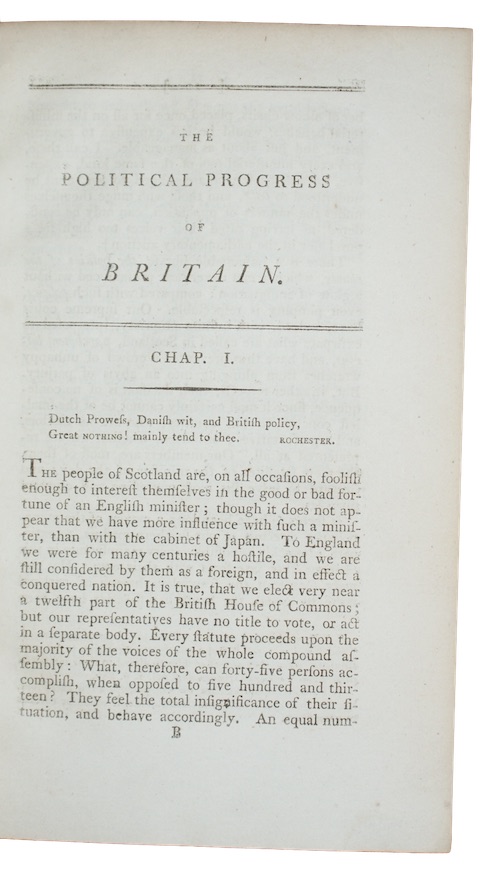 [CALLENDER, James Thomson]. The political progress of britain; or an impartial account of the Principal Abuses in the Government of this Country, from the Revolution in 1688. The whole tending to prove the ruinous Consequences of the popular System of War and Conquest. Part first..

Edinburgh. Printed for Robertson & Berry...and T. Kay...London, 1792. First edition.
Call us Email us
8vo. First part, all published. 80pp. Contemporary half-calf, marbled paper boards, gilt supralibros of The Society of Writers to the Signet to both boards. Extremities rubbed, joints split, boards held by cords only. Paper shelf-label pasted to FEP, internally clean and crisp. Manuscript letter dated 3rd January 1872 tipped-in to recto of FFEP: 'My dear Sir, I return to you the pamphlet which caused the imprisonment of Robertson & Berry. I think they got but scrumse[?] justice, yours very truly, A. Black'.
The first edition of an inflammatory critique (with a strong Scottish nationalist flavour) of British imperialism, war, and corruption. by Scottish political writer and radical James Thomson Callender (1758-1803). First published in February 1792 in the Edinburgh Bee, a further seven parts were planned though never printed, nevertheless the pamphlet issues of the work became very successful, rivalling Thomas Paine's recently published Rights of Man in its radicalism. The Scottish authorities, anxious to arrest the seditious author, attempted to incriminate Callender forcing him into exile, first to Dublin, then to Philadelphia.

The Society of Writers to Her Majesty's Signet is a private organisation of Scottish solicitors, dating back to 1594, and part of the College of Justice. The Society maintains the Category A listed Signet Library, part of the Parliament House complex in Edinburgh.
ESTC T43967.
£ 500.00 Antiquates Ref: 18457
This site uses cookies.Find out more.