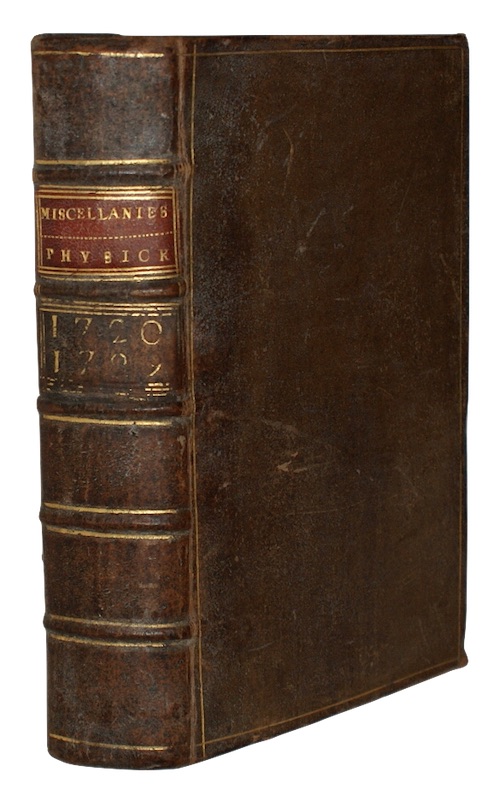 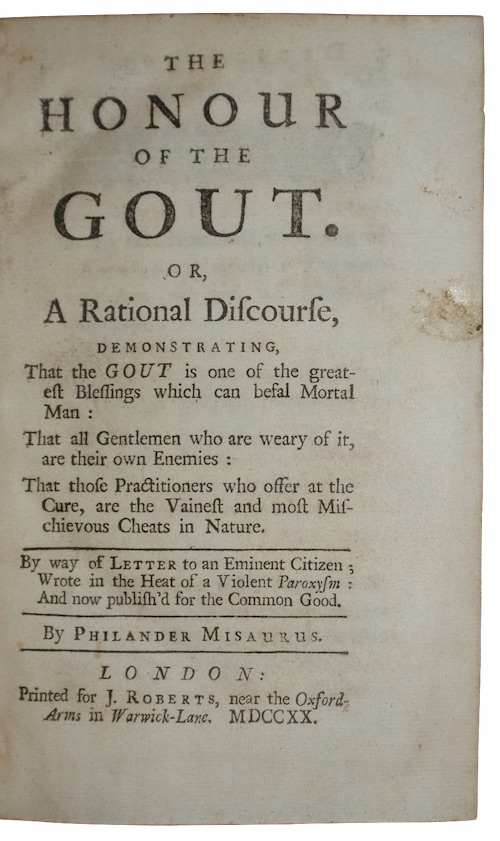 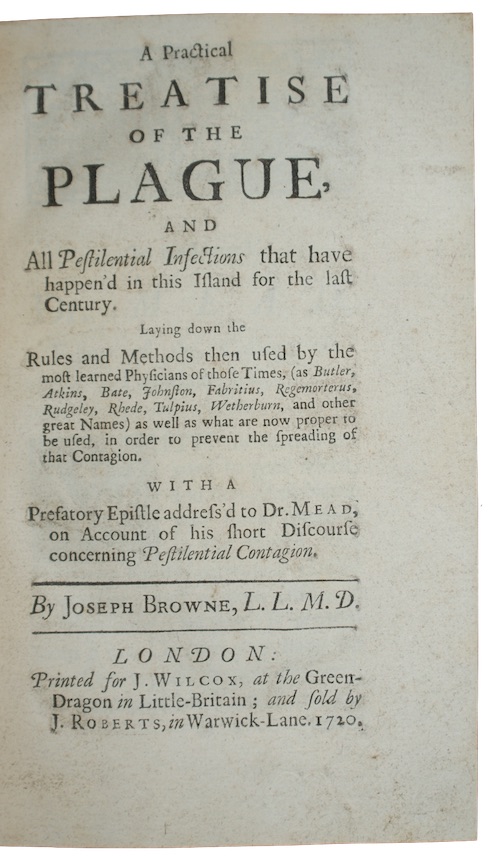 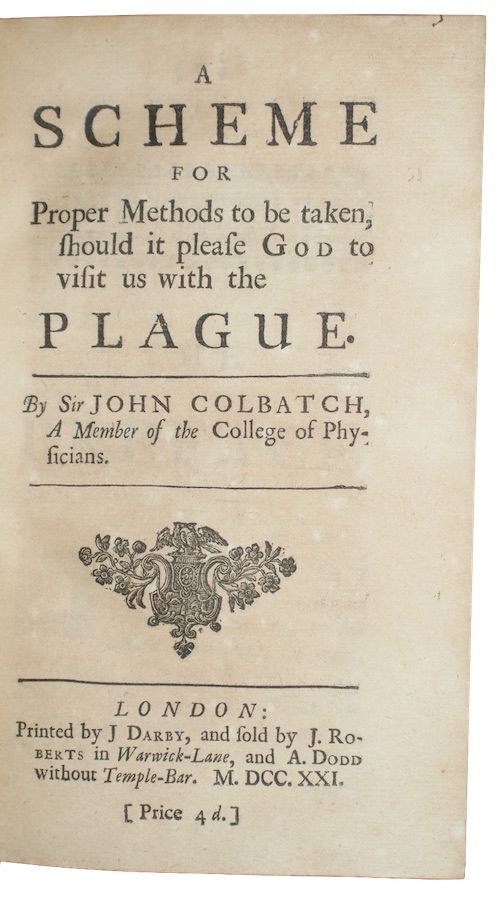 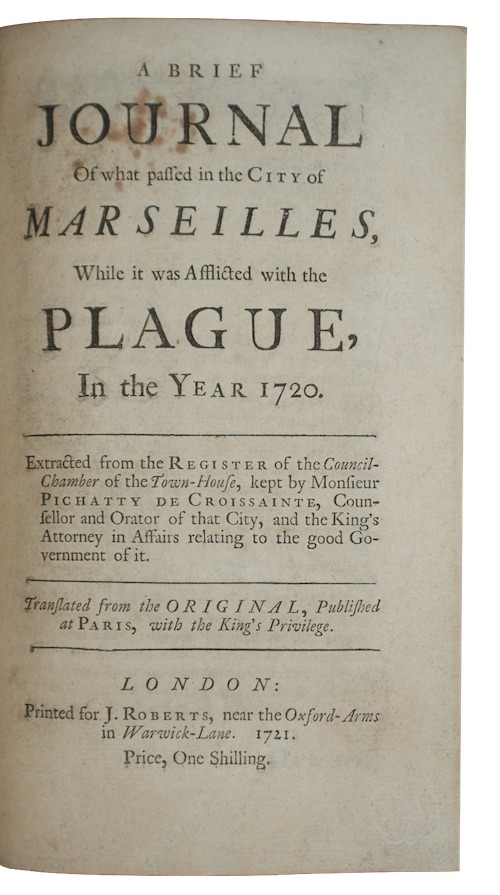 MISAURUS, Philander. The honour of the gout. Or, A Rational Discourse, demonstrating, That the gout is one of the greatest Blessings which can befal Mortal Man...

[Bound with:] BROWNE, Joseph. A Practical treatise of the plague, and All Pestilential Infections that have happen'd in this Island for the last Century... London. Printed for J. Wilcox, 1720. First edition. 79pp, [1]. ESTC T26142.

[And:] COLBATCH, John, Sir. Observations upon the scheme Lately Published. Wherein such rules are laid down, as will easily reduce it to Practice. London. Printed by J. Darby, 1721. First edition. [4], 7-38pp. Without half-title. ESTC T1196.

[And:] AN ENGLISH-MAN. The best preservative against the plague. With a short account of the State of this Nation, from the Conclusion of the Grand Rebellion of oliver cromwel to the Revolution. London. Printed for J. Leminge, 1721. First edition. xii, 51pp, [1]. ESTC T112354.

[And:] A Succinct account of the plague at marseilles, Its Symptoms, and the Methods and Medicines used for Curing it... London. Printed for S. Buckley, 1721. First edition. 38pp. ESTC T54074.

[And:] SCHEUCHZER, John Gasper. An account of the success of Inoculating the Small-Pox in Great Britain, for the Years 1727 and 1728... London. Printed for J. Peele, 1729. First edition. [2], 5-63pp, [1]. Without half-title. ESTC T18699.
A sammelband of 12 early eighteenth-century pamphlets predominantly relating to the rise and treatment of the bubonic plague, undoubtedly published in response to the last of the significant epidemics to occur in Western Europe, the outbreak at Marseilles in 1720 which in the course of two years claimed the lives of over 100,000 souls. Two contemporary accounts of the devastation visited upon the French city are contained within, with other notable inclusions being the two publications by physician John Colbatch (bap, 1666?, d. 1729) on a scheme submitted to Parliament to prevent the rise of the plague in England, and Joseph Browne's (bap. 1673, d. in or after 1721) penultimate publication, a concise treatise on the diagnosis and containment of the disease drawn from multiple sources of the preceding century.

Included also are two works advocating smallpox inoculation, one being the results of James Jurin's (bap. 1684, d. 1750) calculations demonstrating the successes of inoculation which he published annually between 1723 and 1727.

The first bound work is a notable curiosity, initially printed in 1699 under the pseudonym Philander Misiatrus (and here with a subtle change of moniker), and on occasion incorrectly attributed to Swift, that, in a parody of medical treatises, gleefully satires those afflicted with gout and facetiously extolls its virtues, arguing for example that it is 'no constant companion, but allows its patients lucid, joyous intervals.'
£ 2,000.00 Antiquates Ref: 18634
This site uses cookies.Find out more.