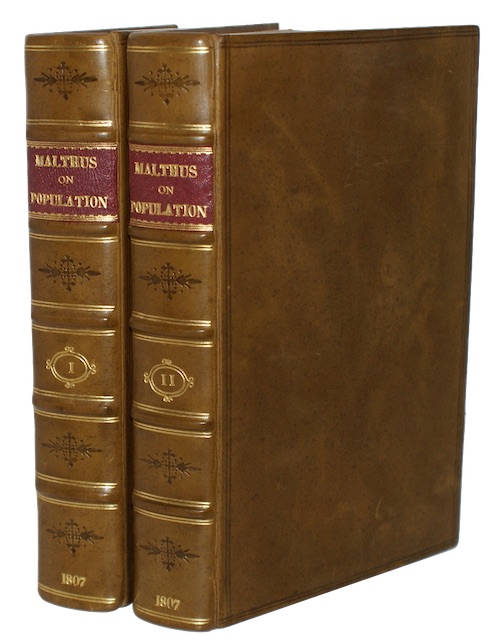 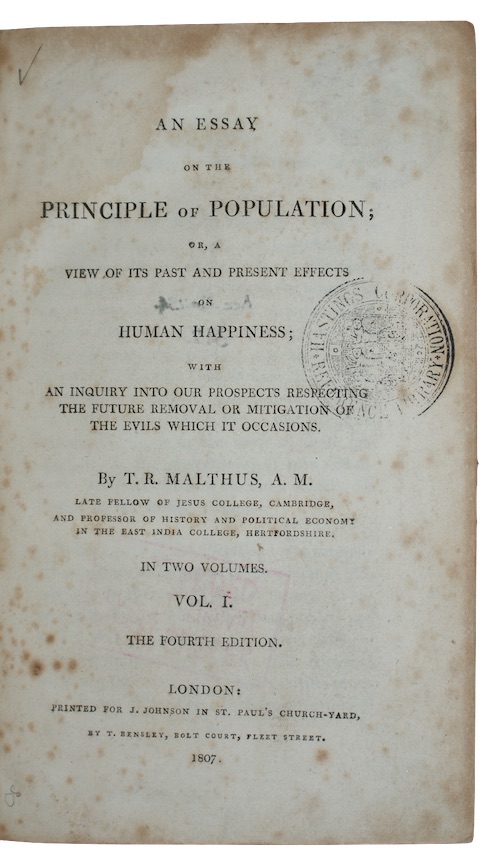 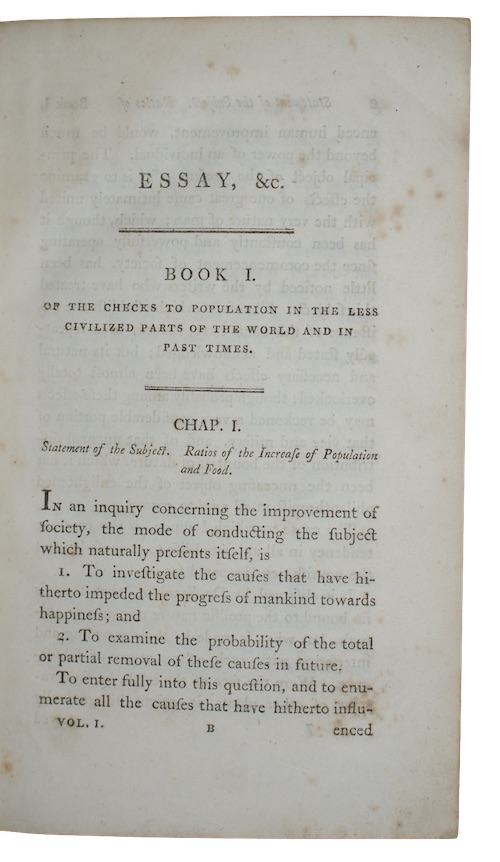 MALTHUS, T[homas] R[obert]. An essay on the principle of population; or, a view of its past and present effects on human happiness; with an inquiry into our prospects respecting the future removal or mitigation of the evils which it occasions.

London. Printed for J. Johnson...by T. Bensley, 1807. Fourth edition.
Call us Email us
8vo. In two volumes. [3], vi-xvi, 580; [3], vi-vii, [1], 484pp, [60]. Without half-titles. Recent calf, contrasting red morocco lettering-pieces, gilt. A trifle rubbed. Ink-stamps of the Hastings Corporation Reference Library to both titles and recto of leaf A3 of both Vols., ink-stamp of the East Sussex County Library to verso of Vol. I title-page, very occasional slight chipping to margins, damp-staining to initial four gatherings of Vol. I, foxed.
The fourth edition, greatly extended from the anonymous first of 1798, of this cornerstone of early studies of demography and an influential work in the history of political economy. Contrary to the prevailing Whig theory of history, English cleric and scholar Thomas Robert Malthus (1766-1834) argued that the agricultural output of modern Britain would not be able to support the rapid population growth witnessed in the eighteenth-century, and thus that society would return to earlier subsistence levels following catastrophic outbreaks of disease and famine. The second edition of 1803 was substantially revised and extended to include observations made from European data, and, most notably, the recognition that human agency and especially moral restraint could alleviate the plight of the poorest elements of society. The third edition of 1806 added an appendix in which Malthus replied to his many contemporary critics. This fourth edition incorporates all of the previous revisions and additions.
£ 500.00 Antiquates Ref: 18672
This site uses cookies.Find out more.