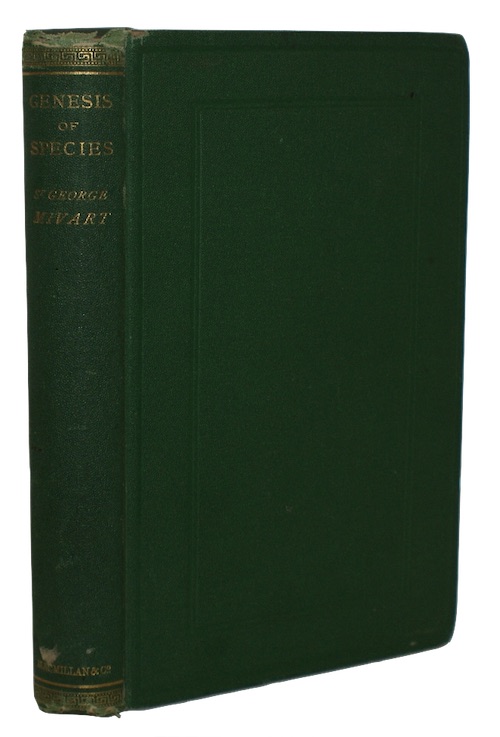 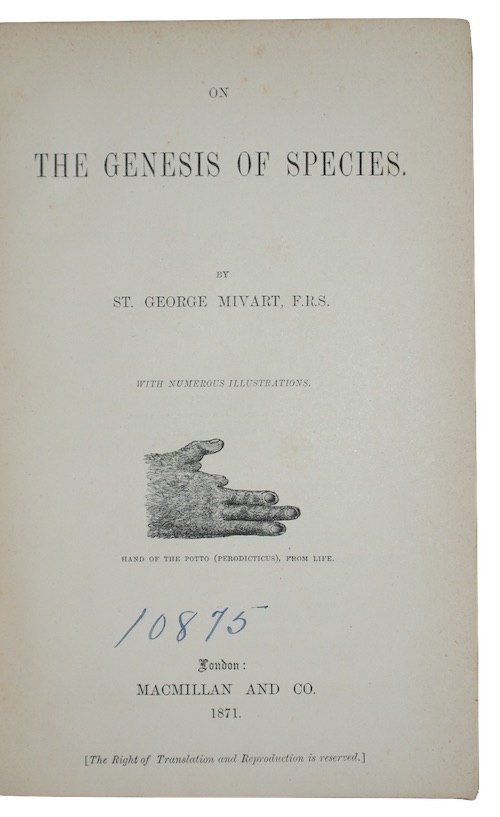 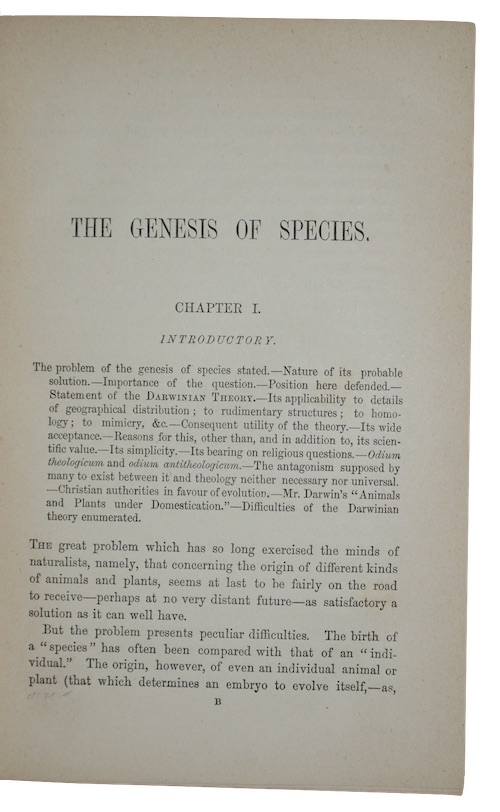 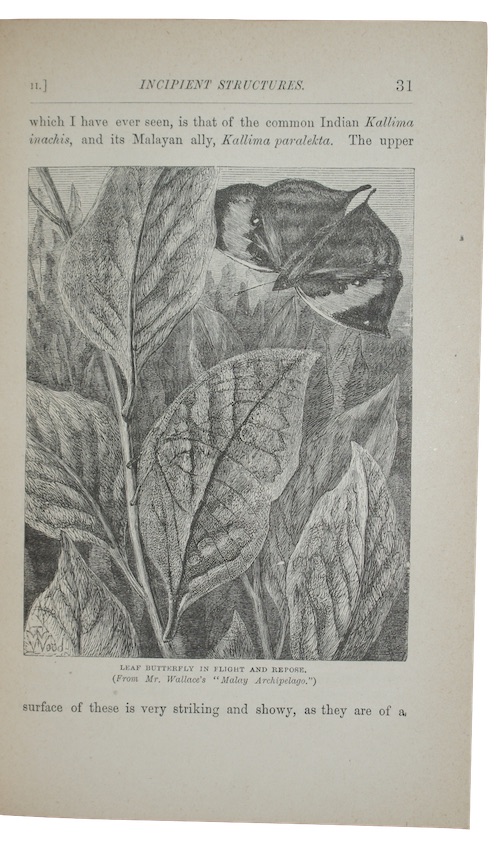 MIVART, St. George. On the genesis of species.

London. Macmillan & Co., 1871. First edition.
Call us Email us
8vo. xv, [1], 296pp. With a half-title and numerous engraved illustrations in the text. Original publisher's blind-stamped green cloth, lettered in gilt. Lightly rubbed and marked, slight chipping to head and foot of spine. Residue from removed bookplate to FEP, contemporary inked ownership to recto of half-title - later deleted with coloured pencil, inked private library shelf number to title-page, a trifle toned.
The first edition of zoologist St. George Jackson Mivart's (1827-1900) critique of Darwinism. Mivart's early enthusiasm for Darwinian evolution, fostered by the tutelage of T. H. Huxley, had waned by the close of the 1860s, primarily due to the restrictive doctrine of the Catholic Church to which he had converted. In 1869, in the liberal Catholic Journal The Month, he published anonymously three articles entitled 'Difficulties of the theory of natural selection' in which he deconstructed Darwin's theory - the revision of these pieces formed the basis for the present work. Though accepting of evolution in general terms, Mivart contested the applicability of natural selection to the human intellect and the efficacy of the theory in explaining incipient stages of useful anatomical structures. This critique prompted a response from Darwin in an additional chapter headed 'Miscellaneous Objections' appended to the sixth edition of On the Origin of Species (1872).
£ 450.00 Antiquates Ref: 18676
This site uses cookies.Find out more.