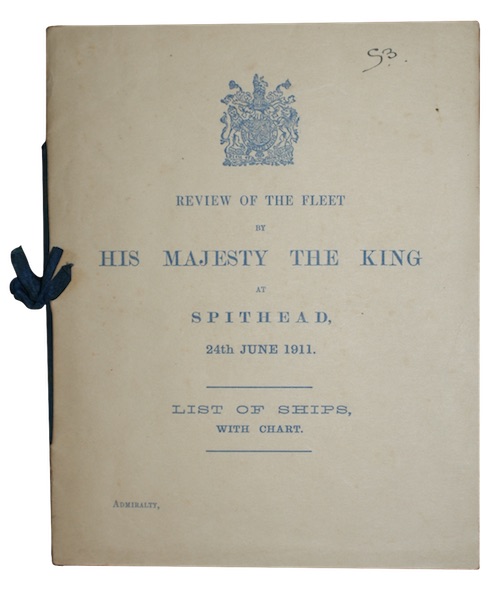 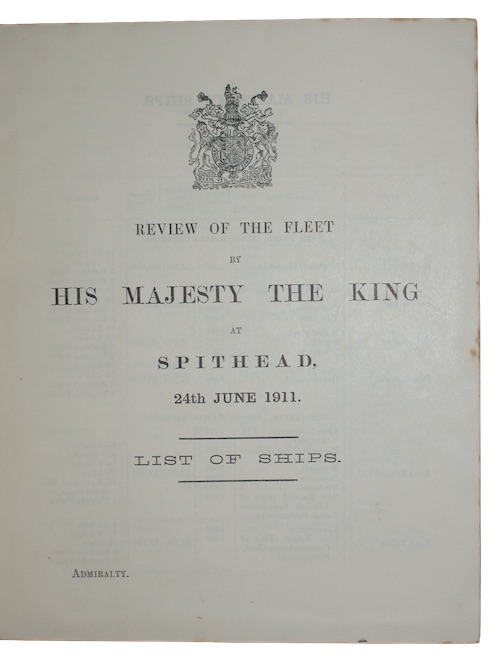 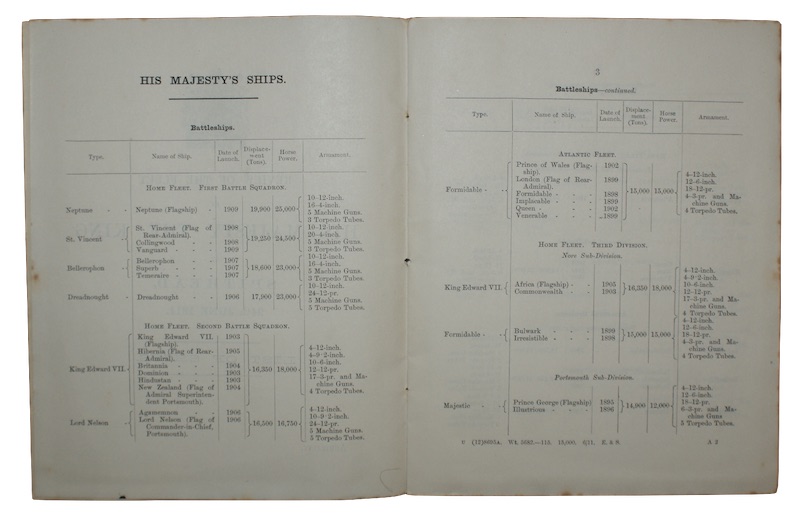 [ROYAL NAVY]. Review of the fleet by his majesty the king at spithead, 24th June 1911. List of ships.

[London]. [s.n.], [1911]. First edition.
Call us Email us
Quarto. 14pp. With a engraved coloured folding chart at scale [1:26,500] depicting the position of the fleet at Spithead on 24th June 1911. Stitched with navy blue cloth in original publisher's printed paper wrappers. Light spotting, paper repair to verso of final leaf - not touching text.
A catalogue of the 165 Royal Navy vessels present at the coronation review of the fleet attended by George V on 24th June 1911 at Spithead, Hampshire. The ceremony included 32 battleships, 25 armoured cruisers, eight protected cruisers, four light cruisers, 67 destroyers, 12 torpedo boats, and eight submarines constituting the 'Home Guard', none of which had been commissioned specifically for the occasion. His majesty was greeted at Harbour Station by a gathering of 50,000 people as he made his way to the South Railway Jetty.
£ 175.00 Antiquates Ref: 18692
This site uses cookies.Find out more.