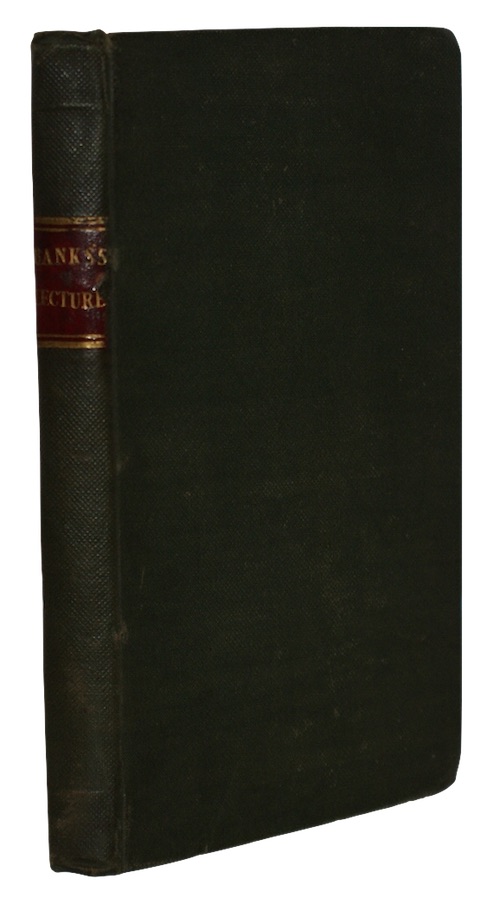 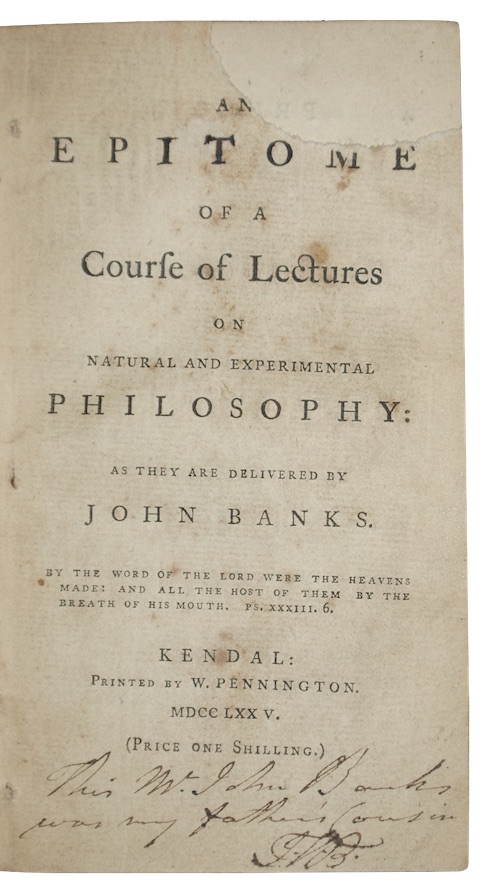 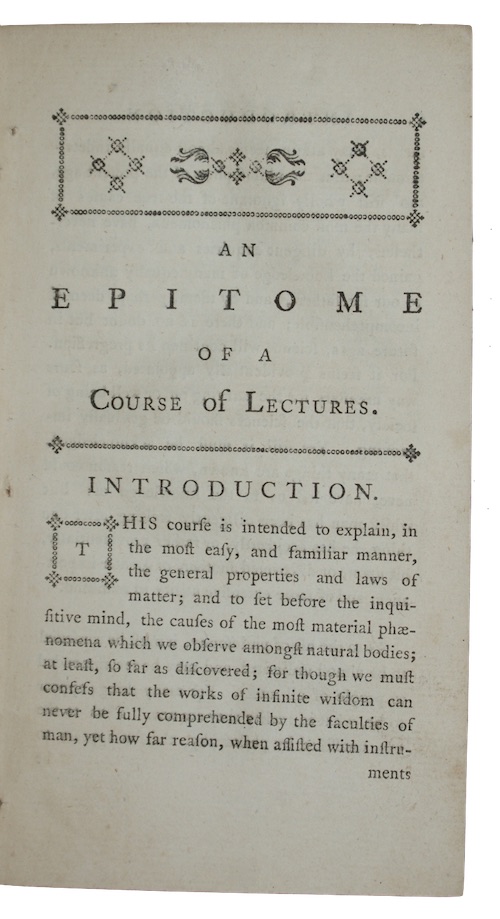 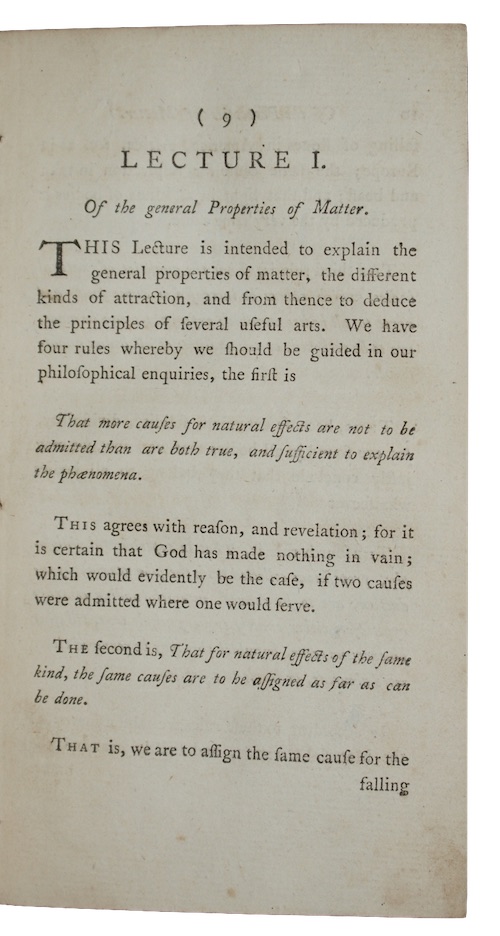 BANKS, John. An epitome of a Course of Lectures on natural and experimental philosophy.

Kendal. Printed by W. Pennington, 1775. First edition.
Call us Email us
12mo. 126pp. Later green cloth, contrasting red morocco lettering-piece. Lightly rubbed and marked, chipping to lettering-piece. Occasional spotting, loss to head of title - clipping text, inked annotation to foot: 'This Mr. John Banks / was my father's cousin / J.W.B.'
A rare provincially printed primer to natural philosophy by lecturer John Banks (fl. 1795-1803), published 'at the request of a great number of my subscribers at different places...for the use of those who have attended my course of experiments.' The work includes introductions to the first principles of the properties of matter, pneumatics, hydraulics, hydrostatics, optics, mechanics, and astronomy. A further three editions, all published at Kendal, appeared by 1800.

A further three editions, all published at Kendal, appeared by 1800. All rare; of this first edition ESTC records copies at only two locations in the British Isles (BL and Oxford), and one further in North America (Huntington).
£ 750.00 Antiquates Ref: 18697
This site uses cookies.Find out more.