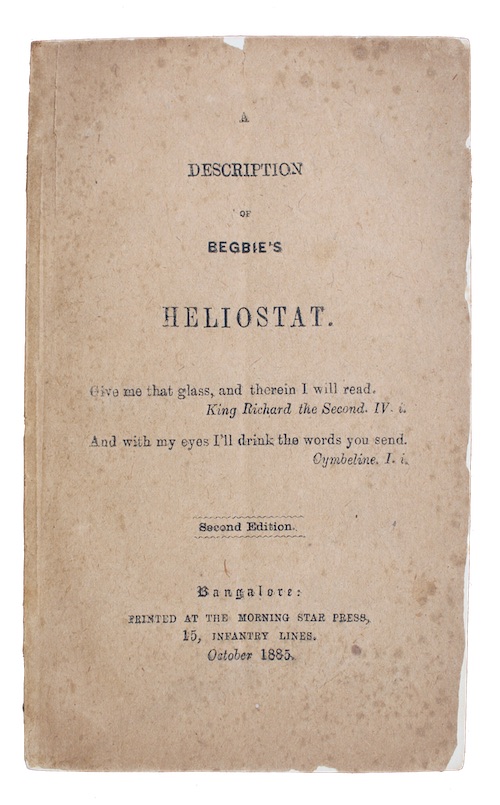 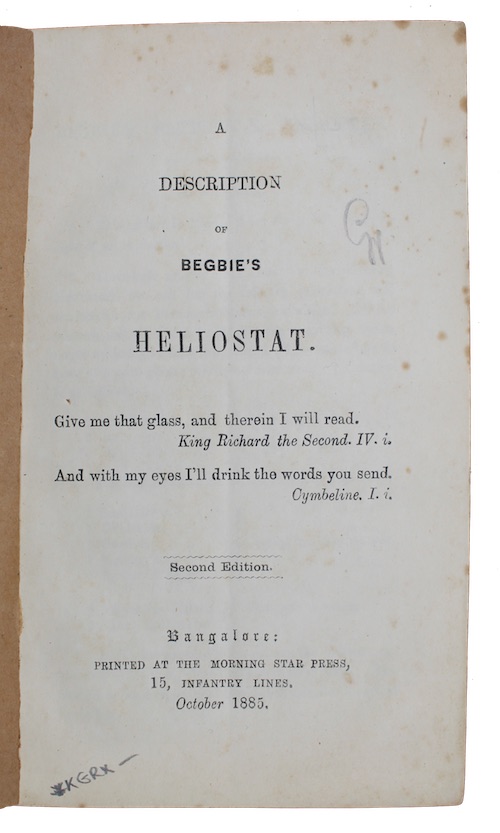 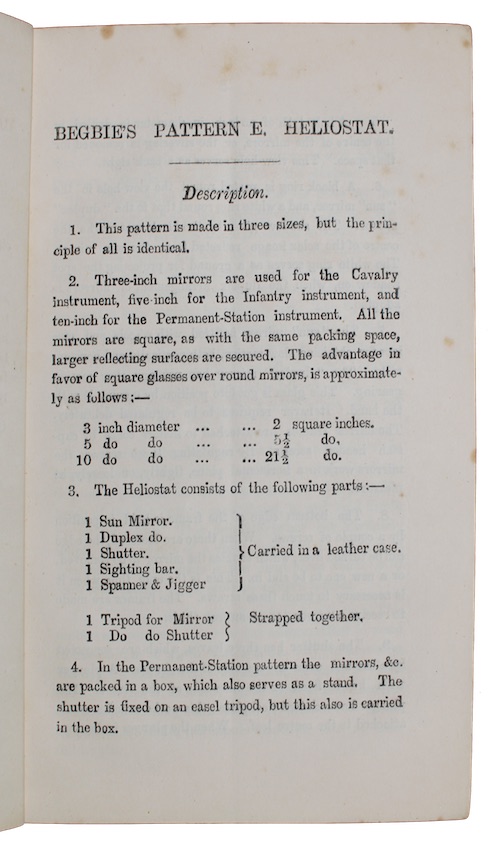 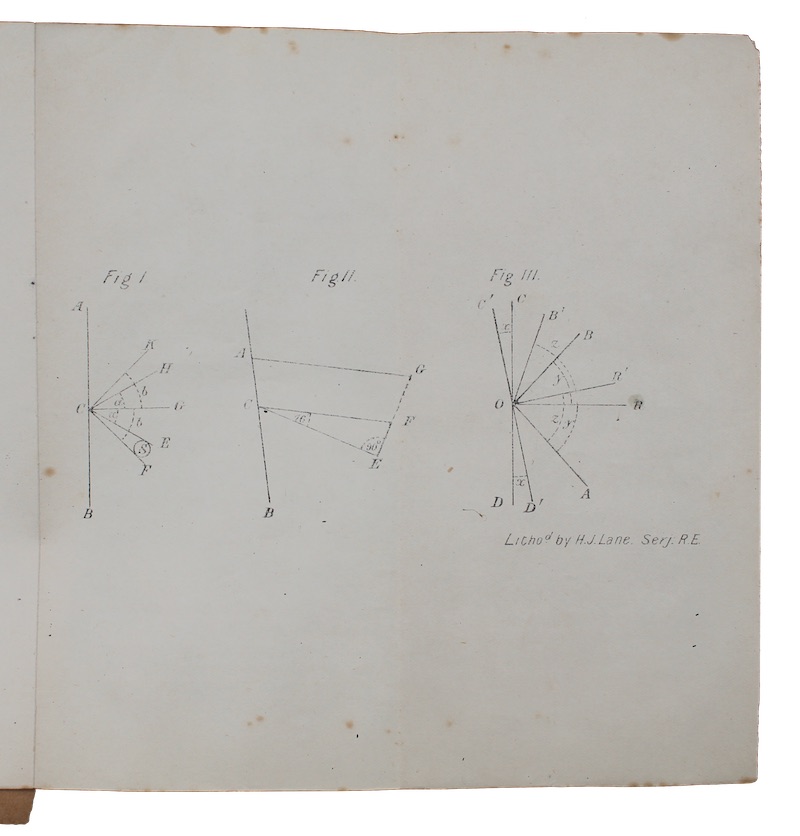 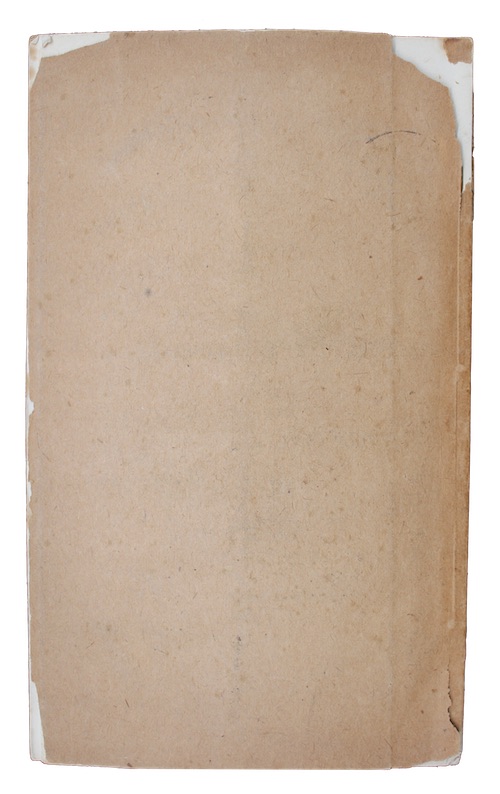 Bangalore. Printed at the Morning Star Press, 15, Infantry Lines. October 1885 Second edition.
Call us Email us
[2], 23pp, [1]. With a folding lithographed diagram, with three figures, at end. Stitched within original tan printed paper wrappers. Some tearing and chipping to wrappers.
An entirely unrecorded introduction, printed at a Bangalore newspaper press, to the Begbie Heliostat; a sun-flashing communication device that was one of the most significant militarily-signalling developments of the late nineteenth-century.

Building upon the mirror-based signalling innovations of Gauss, Everest, Babbage and Mance, amongst others, Captain F.E. Begbie's device involved the introduction of a moveable screen that variously revealed or covered the mirror. It was adopted by the Indian Colonial Service by 1875, and used by the British military in Afghanistan, India, and in the Zulu War.

This Bangalore printed introduction describes the format and operating procedures of the three different sized devices offered by Begbie; for permanent states, and both infantry or cavalry use. Rather fittingly, given the subject matter, the front wrapper and title (typeset identically and presumably both printed from the same blocks) feature two light related quotes from Shakespeare; Richard II, IV, i and Cymbeline I, i.

Neither COPAC nor OCLC locates any copy of this or any first edition of this Indian printed technical guide.
£ 750.00 Antiquates Ref: 18699
This site uses cookies.Find out more.